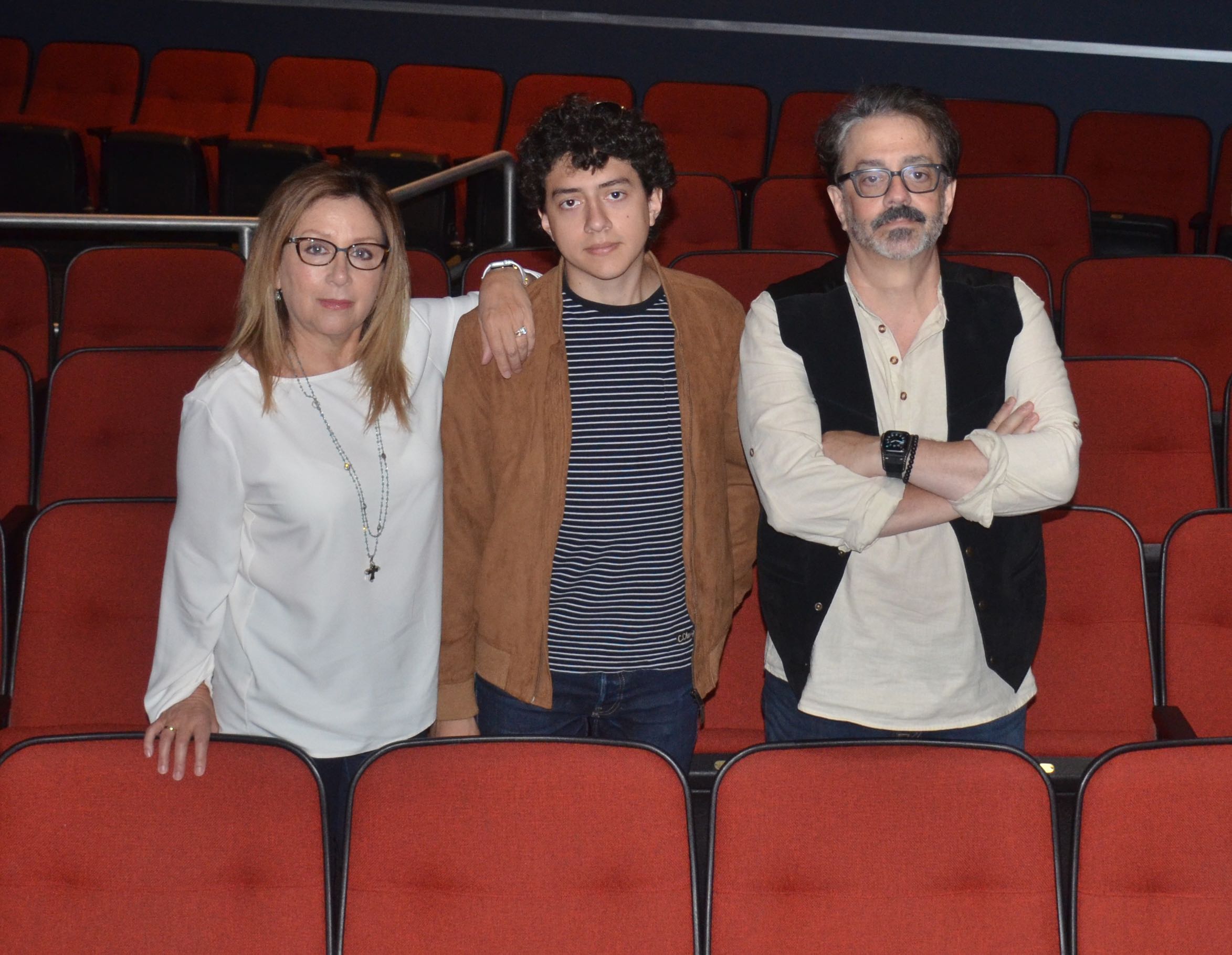 For 30 years the Area Stage Company (ASC) has been bringing world-class theatrical productions to south Florida.  Founder and Artistic Director John Rodaz and Executive Artistic Director Maria-Banda Rodaz have a passion for the theater and unending devotion to educating children in the art of acting, singing and dancing. Their son Giancarlo Rodaz is the Associate Artistic Director. ASC functions as an art center offering visual arts, music and dance series, a professional theater program, and the Conservatory program.

The history of the ASC began in Miami Beach and moved to Coral Gables. In the lobby of the former Loew’s Riviera Theater are backpacks on tables and theater posters on the walls. The sound of children singing comes from behind the closed doors of the Conservatory. The singing stops and the instructor begins with the classic count, “And, five, six, seven, eight,” as the next number moves on to dancing. In the theater, Maria is working on a costume fitting with the cast of ASC’s production of Frozen JR. She breaks from her tasks and greets me in the lobby, “Do you mind if we talk in the theater, we are finishing up the costumes.” Inside is the usual pre-production clamor of performers, stagehands, and production people. Here we spoke about the ASC past, present, and future. 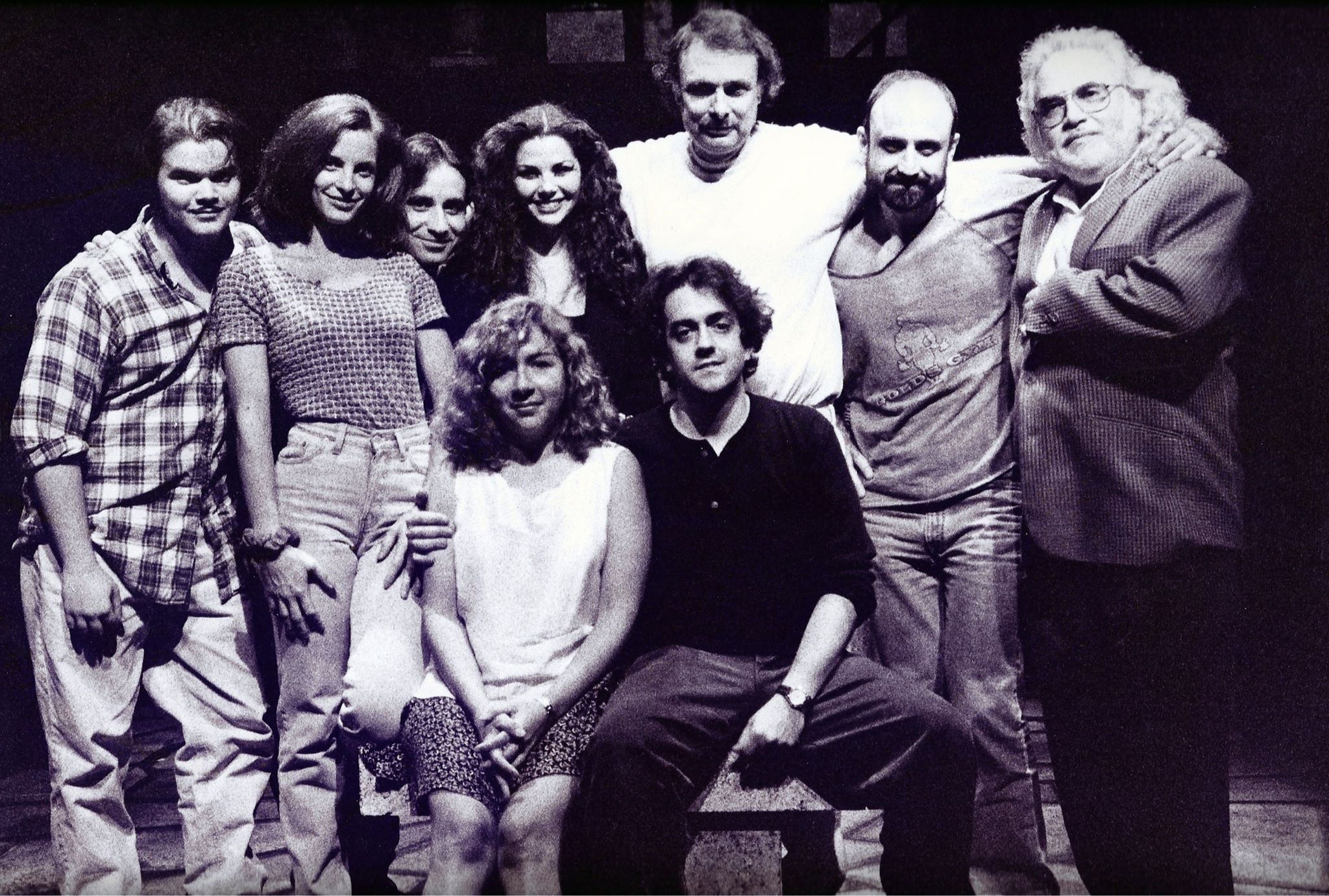 Among our topics is the continued use of the ASC’s current venue. The square footage is ideal and the acoustics of the theater are among the best in south Florida. The issue is that the continued existence of the theater is bleak. The Riviera Theater shopping center on US1 is slated for demolition. The reality is that although their lease was extended, they are living day to day awaiting the phone call with the bad news. Maria is urging the community to help her find a new home for the ASC with 16 foot ceilings, 8,000 square feet of space, and a theater with great acoustics.

Despite the threat of losing their theater, Maria remains optimistic, providing updates about the Company. She speaks of the Inclusion Theater Project (ITP) that sprang from their belief that performing arts training provides vital tools for life. ITP serves student actors across south Florida from ages five and up, with developmental disabilities who wish to expand their talents. Additionally, ASC sends coaches to local schools to provide performing arts training. The Project helps to develop the skills needed via an innovative and comprehensive format. Students enrolled in the ITP receive free training thanks in part to grant funding and private donations. 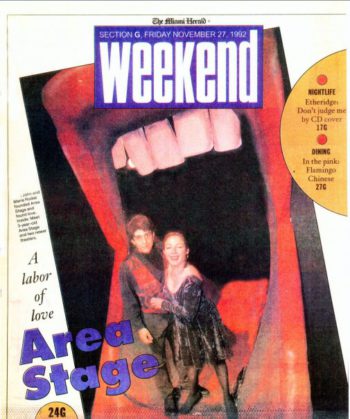 In other exciting news about the expansion of ASC’s scope, a new work, The Night, will be performed at the Cervantes Theatre in London next year. Written by José Luis Acosta, the play will be directed by Giancarlo Rodaz. The play will be performed in London in English and then comes to the ASC in October 2020 where it will be performed in Spanish. Acosta is a film director, film producer and a screenwriter from Andalucia, Spain. The Cervantes Theater, opened in 2016, is the creation of the Spanish Theatre Company, a charity featuring the best Spanish and Latin American theater to London. It is the first venue dedicated to showcasing Spanish and Latin American plays. Performances are in both Spanish and English.

To mark their 30th anniversary, the Company will present south Florida’s first preview of the Tony award-winning play Matilda in September. Matilda is the story of an extraordinary little girl with extraordinary powers in harsh world. 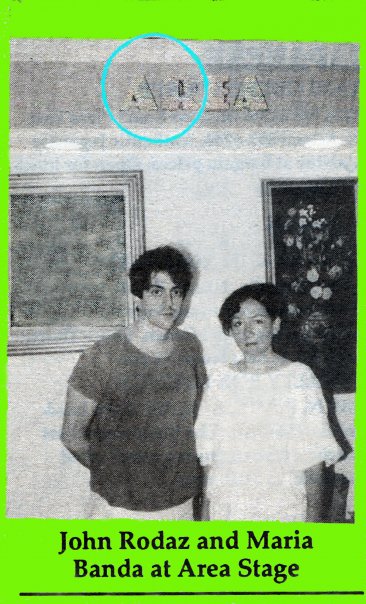 ASC is an award-winning non-profit performing arts organization funded by grants, fees, donations, and ticket revenue. It relies on volunteers who consist of young people doing community service, parents, and interns for the venue’s many needs. The Company reaches out to the community by giving performances to the Nicklaus Children’s Hospital, retirement homes, and at local festivals. Three shows per year are performed and ticket prices are kept affordable.  They have a high success rate for students in the theater arts with a number of students now performing professionally in theater.

“We are committed to our mission to create world-class theater and we believe in artistic excellence,” said Maria.

The ASC was launched in a 50-seat theater located on Lincoln Road in Miami Beach in 1989.  Lincoln Road was nothing like it is today and nothing like it was in the 1940s and 1950s. The once high-end shopping district had fallen on hard times, with vacant storefronts offering inexpensive rents. It proved to be the right place for ASC where they created a renowned showcase for contemporary plays.  Considered one of the community’s most precious cultural treasures, ASC brought the innovative works of modern playwrights to local audiences with a mixture of contemporary plays and the development of new works. 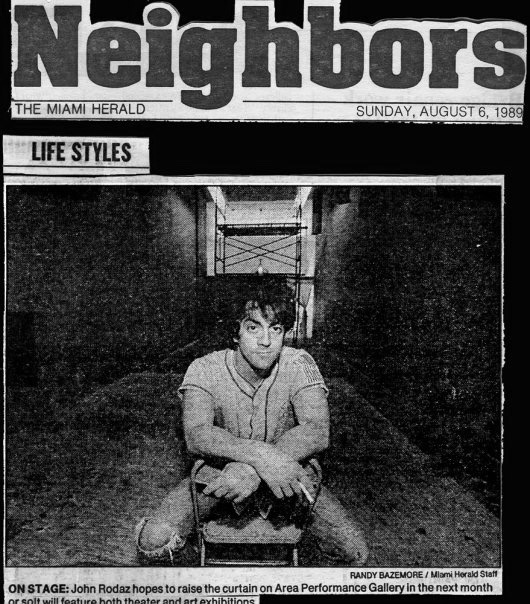 The Lincoln Road story is akin to the meteoric rise of the Wynwood arts district. Artists move in because the place is affordable, create lively and popular venues, and then are forced out when the rents rise astronomically. Pioneers who attracted other artists to Lincoln Road, the Rodazes were no long able to sustain the cost of operations that included a rent that had effectively increased about 158 percent in 10 years’ time.

“We contributed to the success of today’s Lincoln Road,”
said Maria.

After the loss of the Miami Beach location, ASC continued to expand and produce plays at different locations. In 2007 they found a new home in the old Loew’s Riviera movie theater on Dixie Highway in Coral Gables. With the change in venue came a redirection of the non-profit theater company’s mission.

“We had to re-think the mission. We wanted to participate in new forms of theater, new challenges and to develop new audiences,” said Maria.

Added to their record of theatrical successes for adult audiences, Maria and John’s business model would include a conservatory to educate children in the theater and the arts of acting, singing and dancing. And from the Conservatory they would cast children for performances at ASC’s new theater.  Adults, too benefit from the classes at the conservatory, finding it a form of therapy in their professional, workaday routines. 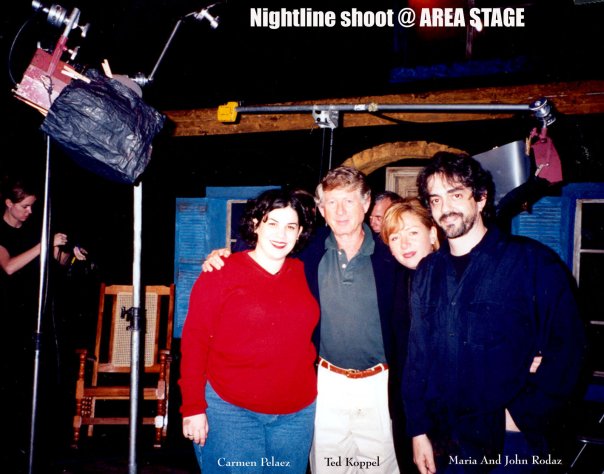 The Conservatory was a “strategic solution” to the challenge of America’s aging theater-goers. The program inspires new audiences of parents, relatives, and friends while providing a vehicle for the professional development of young artists.

“This is a labor of love. We believe in what we do. Here students can do what they were born to do,” said Maria.

Maria Banda-Rodaz is the executive director with a professional background in dance and as a member of the William Chason Dance Company. She has vast experience in the television and film industries.

Like his wife Maria, John Rodaz has a performing arts resume that can fill several pages. He is the artistic director and founder of ASC and winner of numerous Carbonnel Awards for acting and directing. 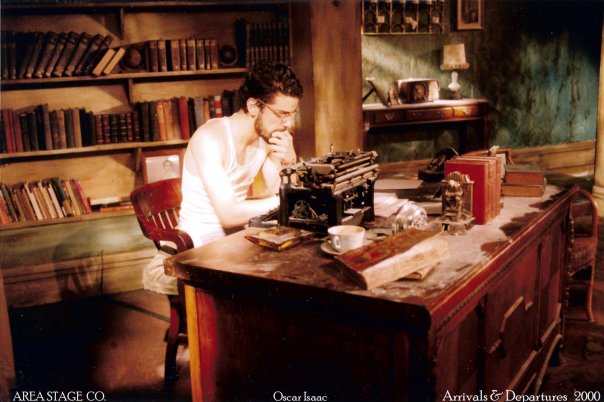 Giancarlo Rodaz is the Associate Artistic Director and like his parents, is involved in all aspects of theater arts from set design to directing.

To end the interview Maria asked her cast of Frozen JR. to perform the number “Hygge.” The Disney play is based on the 2018 musical and brings Elsa, Anna, and the magical land of Arendelle to life onstage. The cast ranging in ages from about 8 to 17 was fantastic, talented, and delight to see. The sets, designed by John and Giancarlo were charming and somewhat magical. And Maria is correct, the acoustics of the Riviera Theater couldn’t be better.

Here in our community is a first-rate theater company providing the very finest in theater arts training for the youth of south Florida. You can support them by attending their performances, volunteering your time, donating, and by adopting a student via their scholarship program. If you haven’t been to the theater, now is the time to go.