On Tuesday, March 5, 2013, Miami-Dade County Mayor Carlos A. Gimenez officially kicked-off the new BIKE305 collaborative initiative aimed to promote health and wellness through cycling and to proclaim March as being “Bike305 Month.” The Bike305 initiative included a Bike to Work Day and a month-long calendar of events and activities for the public to enjoy by bike.  Bike305 serves as another example of how the Miami-Dade County Parks and Open Space Master Plan continues to make strides in developing a more livable, healthy and sustainable Miami-Dade community. 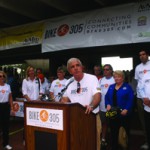 Miami-Dade County Mayor Carlos A. Gimenez addressing the cyclists at the University of Miami Metrorail Station. 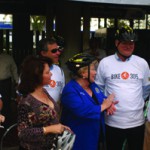 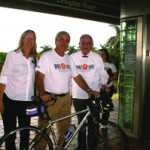 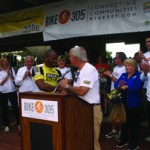 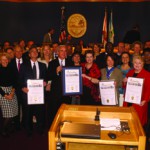 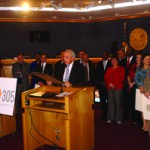 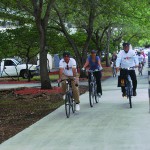 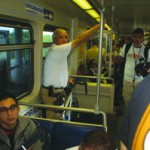 Mayor Gimenez on board the Metrorail on his way to work. 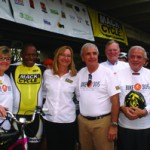