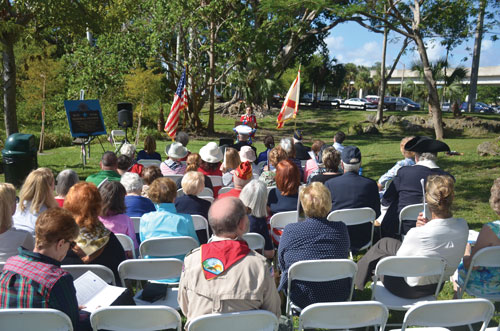 On a bright South Florida December morning, the National Garden Club unveiled a new Blue Star Memorial marker during a ceremony at Fuchs Park in South Miami.  The marker is on a grassy area right outside the park, 6446 SW 81st St., which runs alongside U.S. 1.

Veterans, their family members and friends gathered on Tuesday, December 5, 2017, and dedicaed the landmark sign along U.S. 1 that pays tribute to veterans. Although there are 3,000 such markers dotting roads across the country, it’s easy to drive past without knowing the significance.  Andrea Little, the chair of Blue Star Memorial, noted “For us, the Blue Star Memorial marker is like the cross at each grave in Arlington National Cemetery”  Raised in a military family, Little, says the five points on the blue star symbolize war, peace, honesty, prosperity and honor. This specific marker reads “A tribute to the Armed Forces who have defended the United States of America.”

Blue Star Memorial Highways are highways in the United States that honor all men and women that serve in the United States Armed Services.  The program began with the planting of 8,000 Dogwood trees by the New Jersey Council of Garden Clubs in 1944 as a living memorial to veterans of World War II.  And since 1945, the National Garden Clubs, adopted this program and began a Blue Star Highway system that covers thousands of miles across the continental United States, Alaska, and Hawaii. A large metal Blue Star Memorial Highway Marker was placed at appropriate locations along the way.

The keynote speaker was Col. Michael Farrell, (pictured top right) Chief of Staff and second in command of the Marine Corps Forces, U.S. Southern Command.   In his remarks he noted Calvin Coolidge’s admonition: “The nation which forgets its defenders will be itself forgotten.”

Of the event, Director of the Miami Military Museum & Memorial, Anthony D. Atwood, noted: “The Blue Star Memorial unveiling was deeply moving.  The patriotic ladies of the Florida and National Garden Clubs are truly Unsung Heroes.  They beautify the nation, they preserve our heritage, and they ask for nothing.” 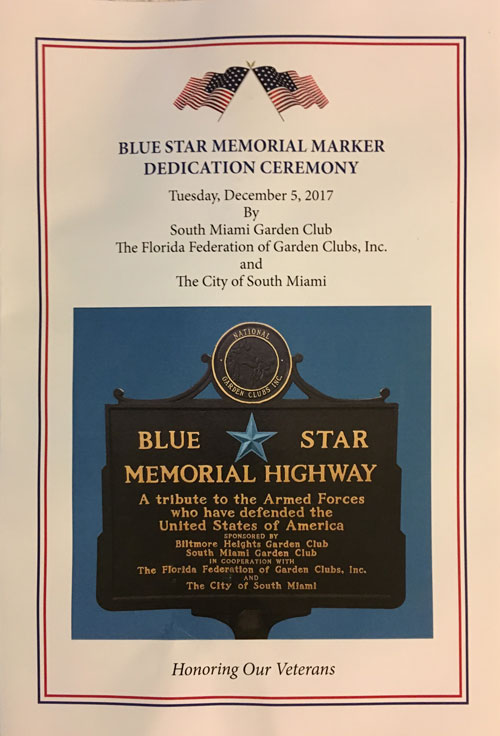 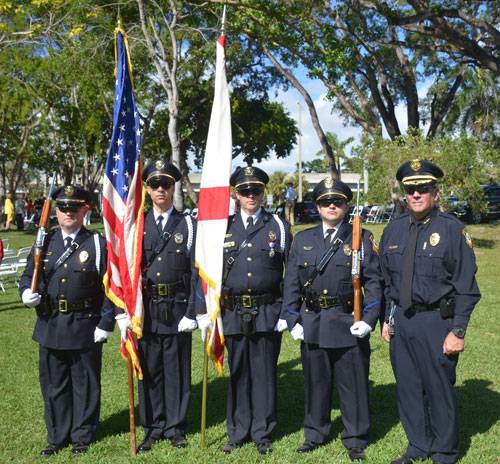 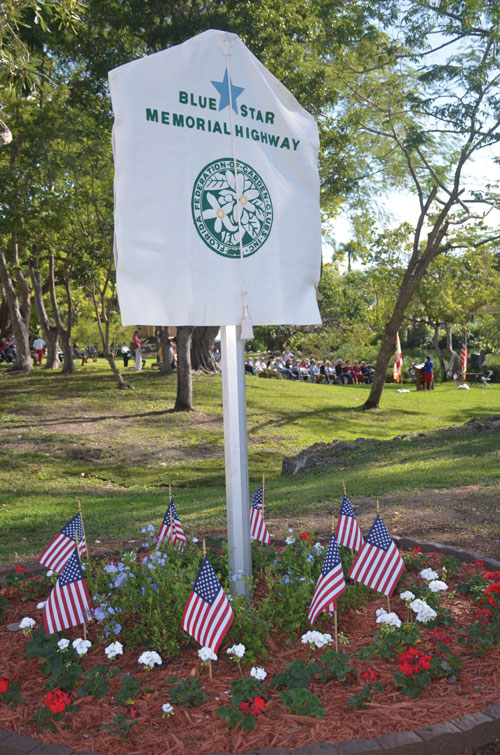 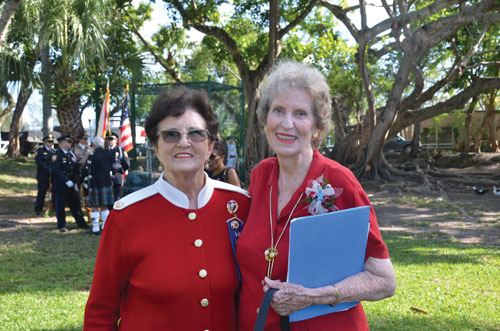 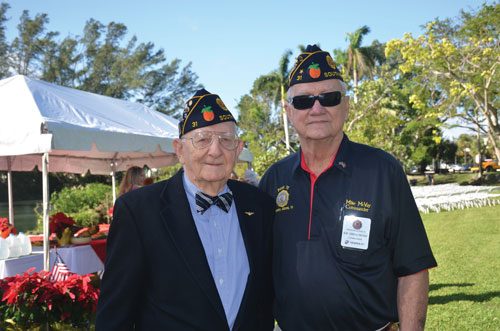 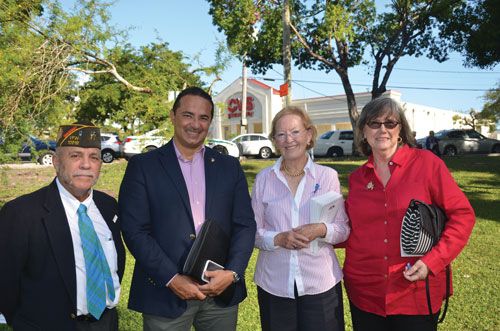 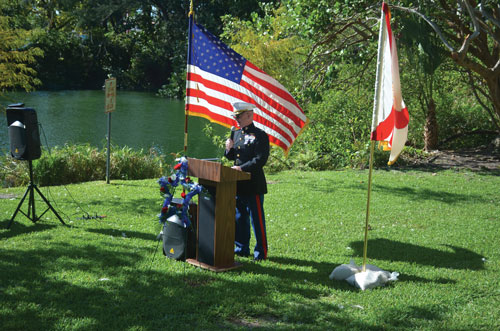 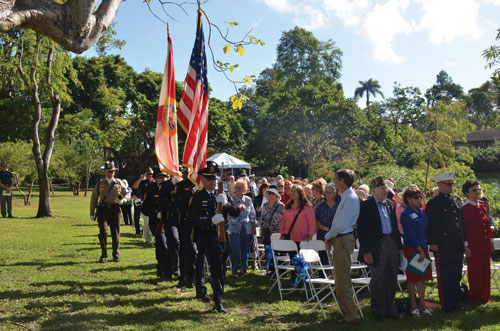 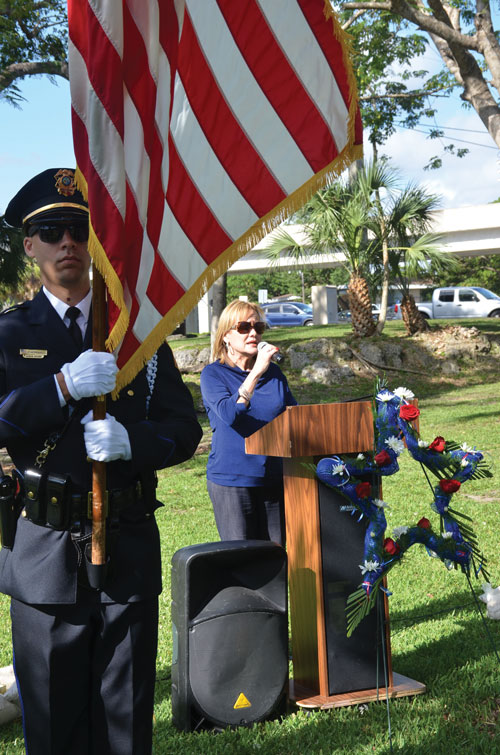 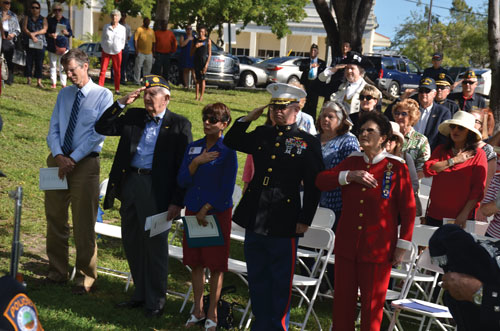 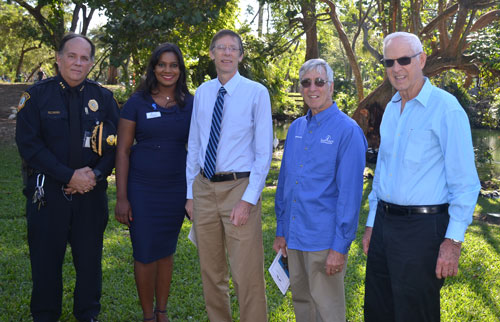 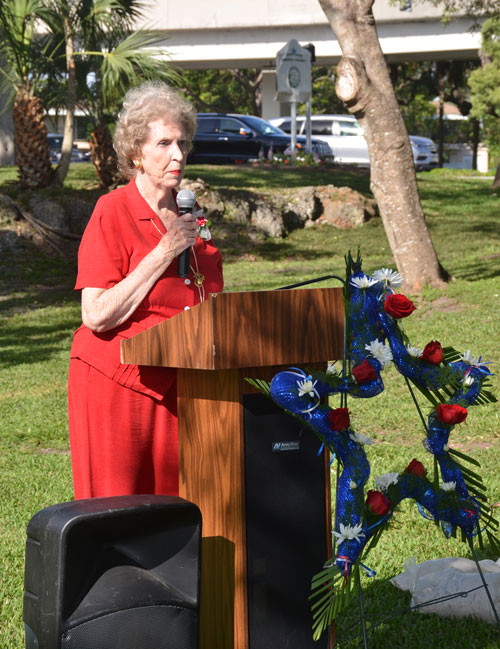 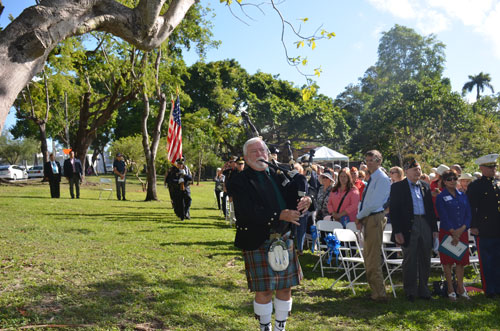 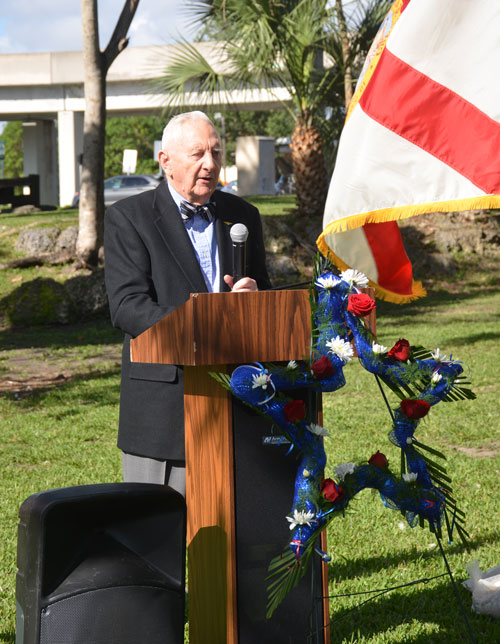 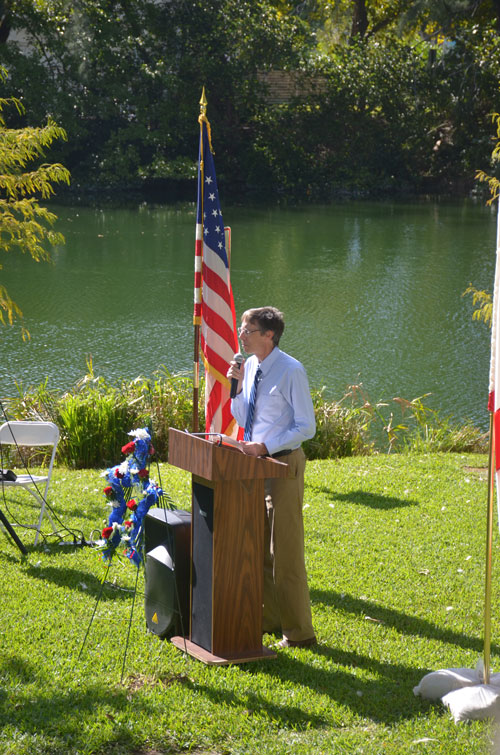 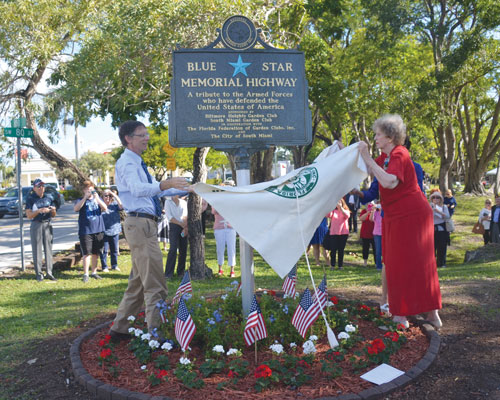 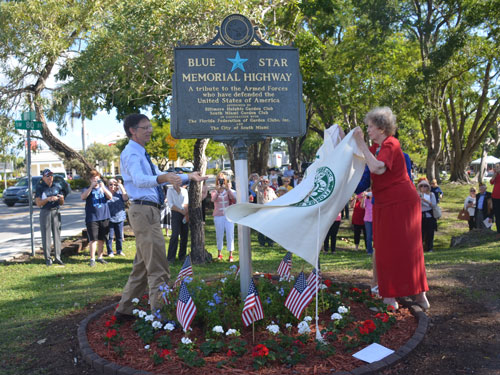 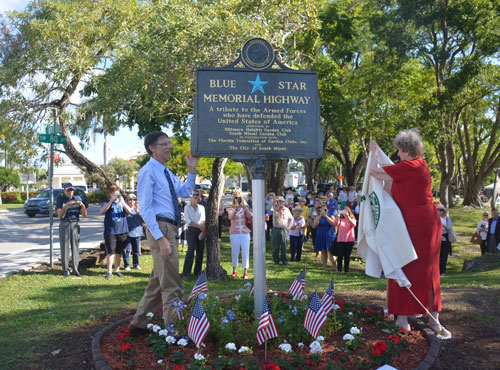 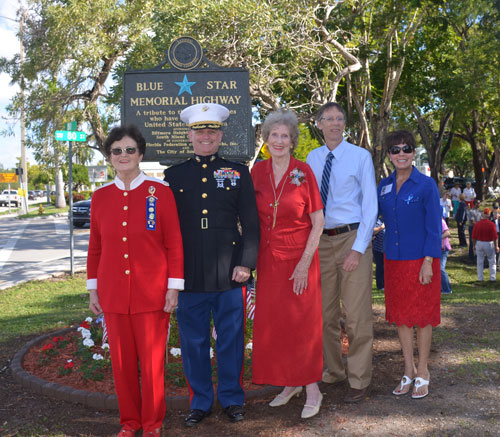 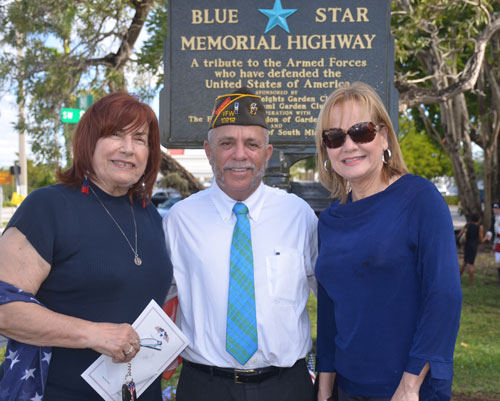 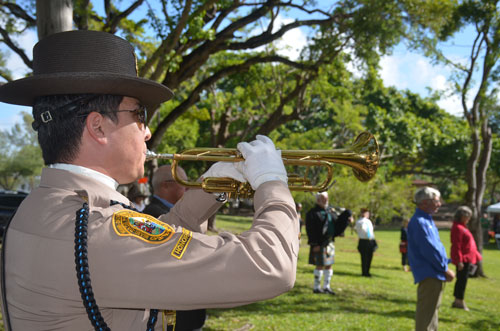 Miami-Dade PD Officer Eduardo Gaitan plays taps at the conclusion of the program. 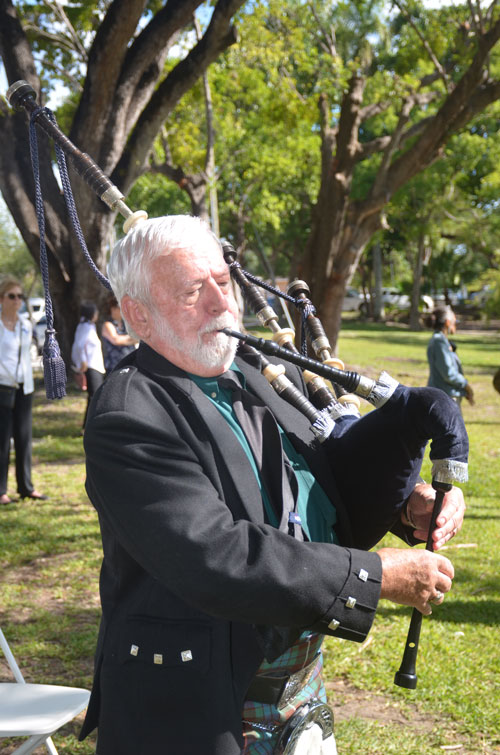 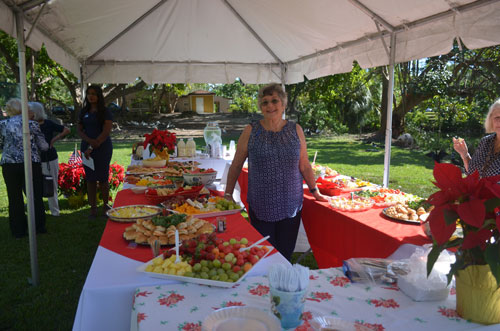 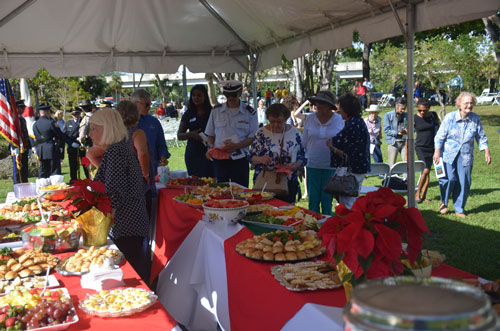 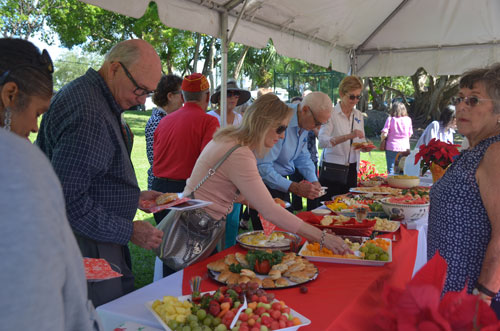 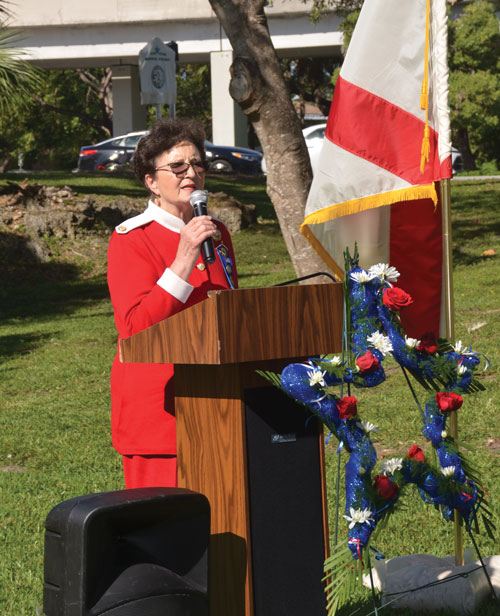 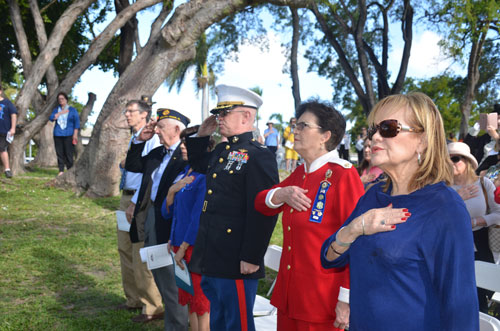