You are at:Home»Topics»In The Spotlight»BRIAN CALL, NATURE PHOTOGRAPHER
By Donna Shelley on June 7, 2018 In The Spotlight, JUNE/JULY 2018, Topics, Volume XIII 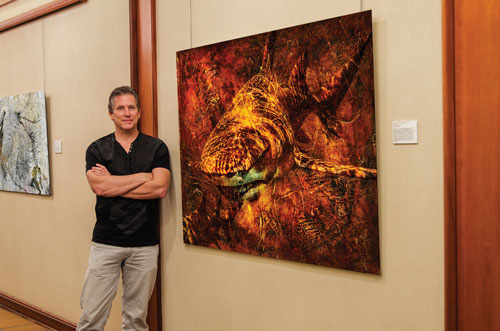 Many artists seem to know when it’s time to take a new direction in their own aesthetic; a time to depart the safe harbor of familiarity into the waters of the untried. Brian Call, fine art nature photographer known for his ability to capture the intriguing beauty of the Everglades and its wildlife, is one of those artists. His artistic output has taken a journey from craft to illustration to fine art.

His art demonstrates his skill in capturing light and preserving that light in a photograph. His work includes breathtaking images of the Everglades avifauna and flora; sharks in their natural habitat, landscapes; and the built environment. These subjects often are paired with Florida’s limitless skies and majestic clouds. 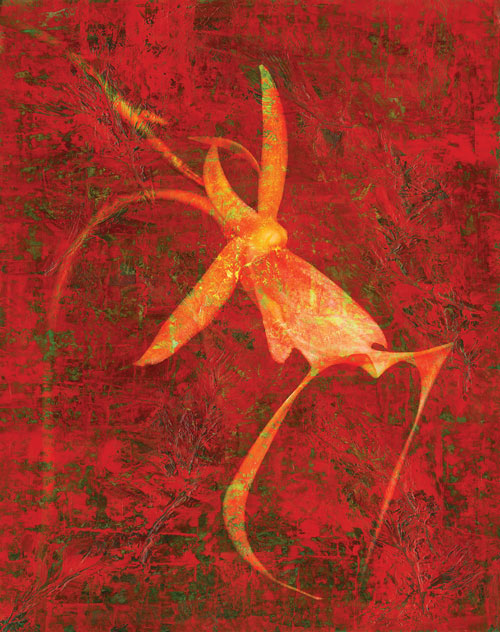 Brian’s most recent show at the Wirtz Gallery, Genesis included some examples of his collaborative work with renowned Argentinian painter Elena Lasala.  The series integrates her textured oil paintings with his nature photographs. In a piece such as “Great Egret Taking Flight,” Brian’s photo of a great egret just lifting off a tree branch in Shark Valley evokes a papier-mâché quality with the addition of Lasala’s smoky shades contrasted with white. The image is at once recognizable yet demanding of closer inspection.

Brian’s mission throughout his work is to reconnect humans with the natural world.

“We are losing wilderness areas at an alarming rate and, developing a greater sense of intimacy with the earth and its natural cycles is of critical importance. Hopefully, my nature photography will contribute to inspiring this kind of emotional and spiritual connection that is so urgently needed,” said Brian. 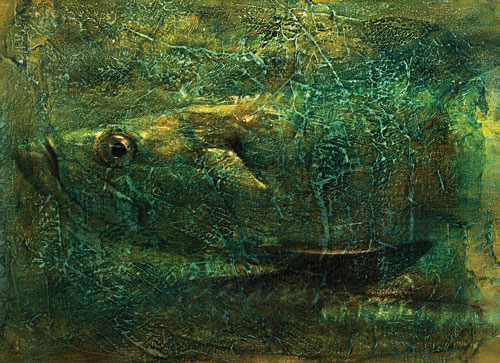 Brian graduated from the Montserrat College of Art in Beverley in his home state of Massachusetts as a trained Illustrator and graphic artist. In 1991, his life eventually led him to Miami and the Caribbean. Like many transplants from the north, he was captivated by the animals and ecosystems.

Working at first as a stained-glass artist, he later was employed as a graphic artist for a large tee shirt company for four years. In that time he started to teach himself about photography and learned Photoshop. Later, he worked in Clyde Butcher’s gallery in Ochopee. He showed his photographs to Butcher and a career in photography was launched.

Brian Call’s award-winning art is collected nationally and internationally and has been published in a number of outlets. He was the artist in residence at the Deering Estate in 2008 and Biscayne National Park in 2007. He has donated the use of his images to many environmental organizations and is a member of the Friends of The Florida Panther National Wildlife Refuge.