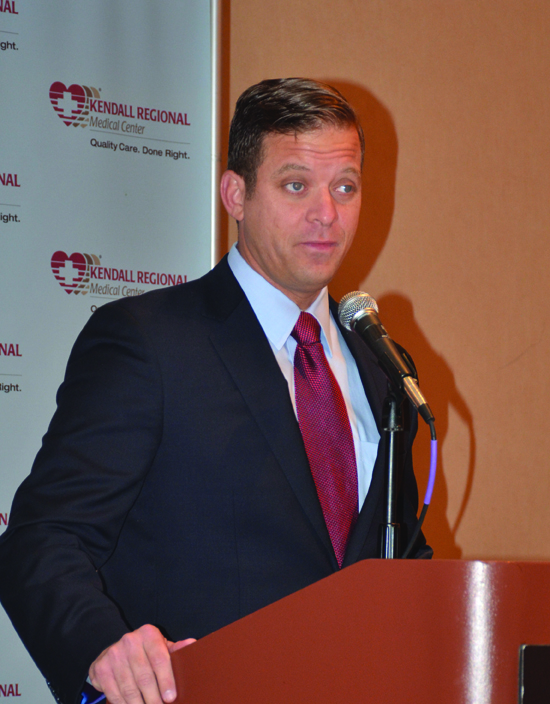 In characteristic good humor and obvious passion for his work at the zoo for the past 35 years, Magill captured the audience with the tale of an orphan lion cub, Kwasi and his adopted mom Kashifa. He told of new exhibitions, a planned new $35 million entrance, and his immediate plans to establish a conversatory endowment.

The Lt. Governor articulately spelled out the Governor’s 2015 agenda with tax cuts, increased education spending, and a focus on creating Florida as the #1 state in job creation.

The monthly General Membership Breakfast is held on the last Friday of the month and is hosted at the Dadeland Marriott Hotel. For information on becoming a member of ChamberSOUTH, please call the office at 305.661.1621 or log onto .