On Monday, February 29, the historic Venetian Causeway was re-opened.  Originally built in the 1930s the Venetian Causeways connects downtown Miami to the residential Venetian Islands and then continues on to Miami Beach.  The 90-year-old structure had become weak and dilapidated. Metal plates had patched parts of the bridge deck after a bus got stuck when a small hole opened up in March 2014.

Construction had been going on since June 2015, and thus access on both sides of the bay was cut off.

After a complete $12.4 million reconstruction of the westernmost stretch of the Venetian Causeway, the scenic route across Biscayne Bay opened up to vehicular traffic on Monday afternoon, but first, it was opened for cyclists to enjoy the view first.

Mayor Gimenez was quick to note that the repairs were done on time and under budget. 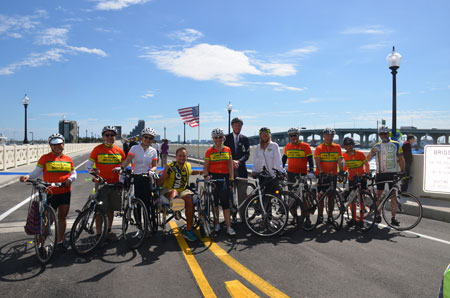 Cyclists pose prior to the opening. 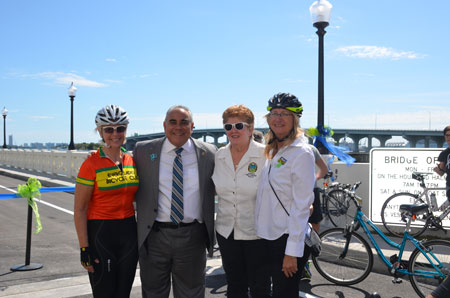 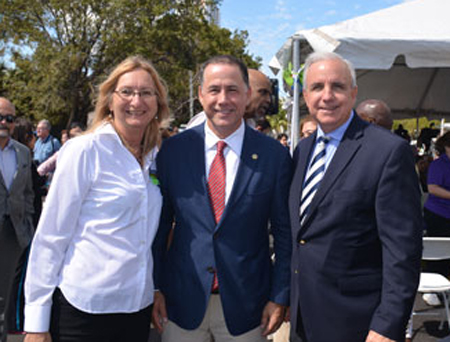 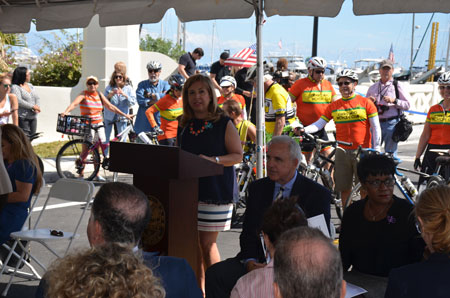 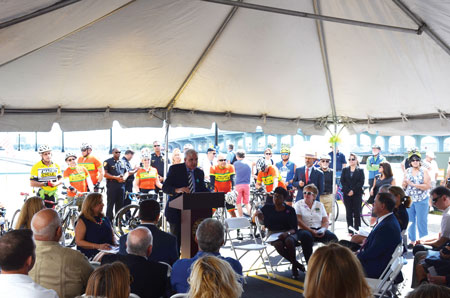 Mayor Carlos A. Gimenez addresses those in attendance for the ribbon-cutting, acknowledging the exceptional efforts of the County Public Works Department, the construction engineers and contactors. 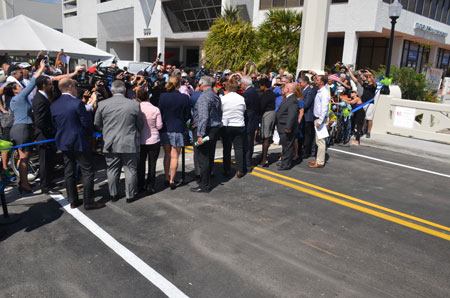 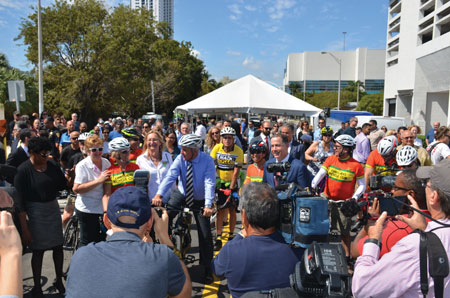 Mayor and dignataries prepare for the inaugural bike ride. 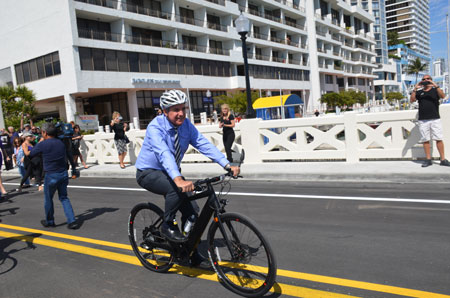 Mayor Gimenez leads the ride over the bridge. 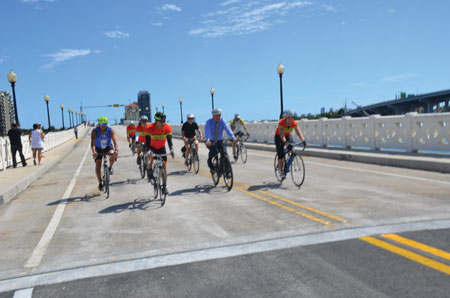 The Mayor leads a group of cyclists on the first ride over the re-opened bridge. 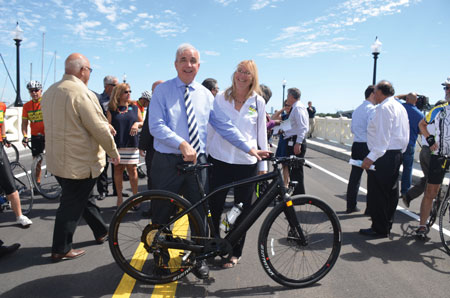 Cyclists gathered at the University of Miami Metrorail Station where the event was staged.  Exhibitors and cycling advocacy groups provided information. 300 T-Shirts were distributed and attendees enjoyed complimentary juice, bagels and muffins.

After welcoming remarks and acknowledging the importance of cycling not only for physical health but a part of our overall multi-modality transportation plan, Mayor Gimenez lead cyclists on the M-Path (The Underline in planning) up to the Government Center station.  Cyclists were escorted by Miami Dade County PD Bike Patrol. 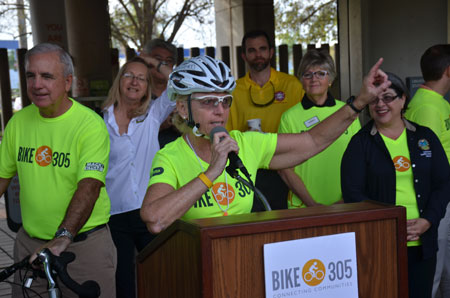 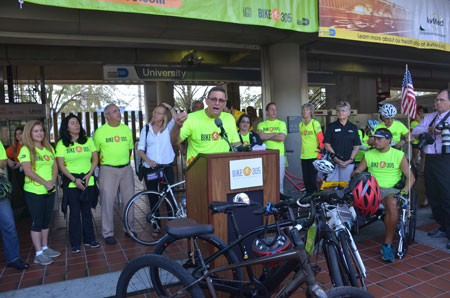 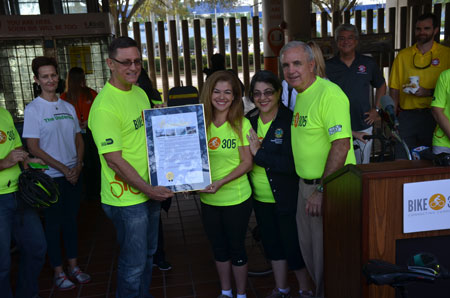 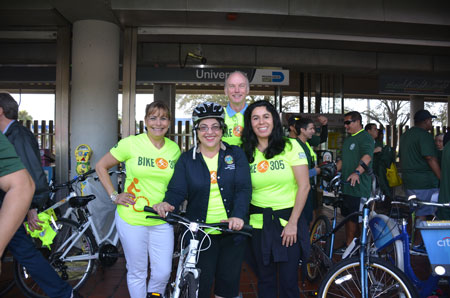 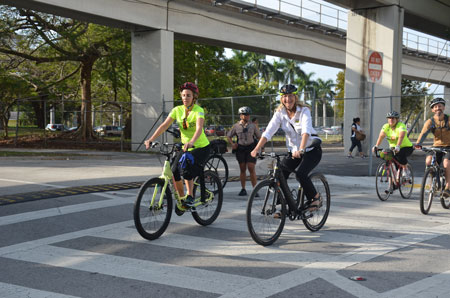 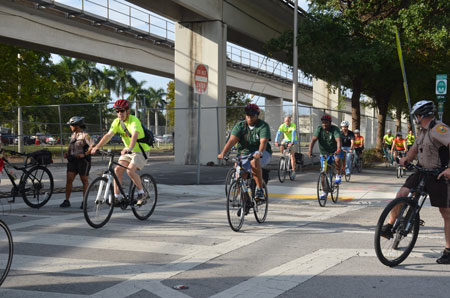 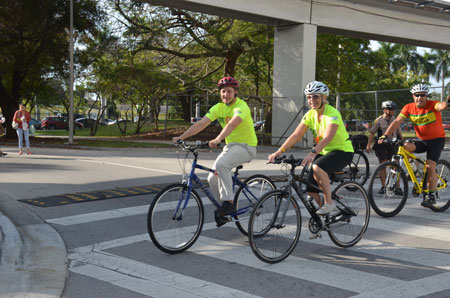 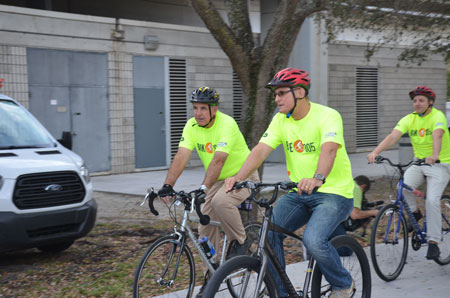 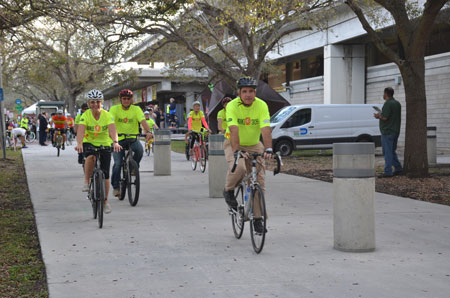 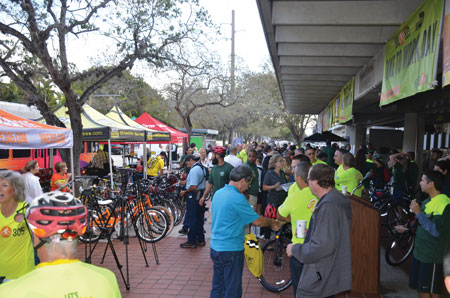 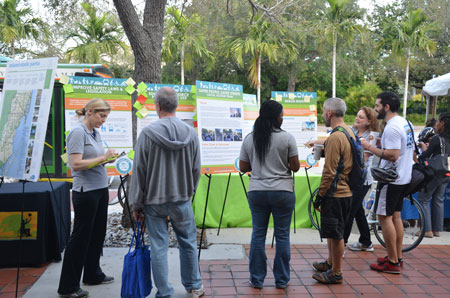