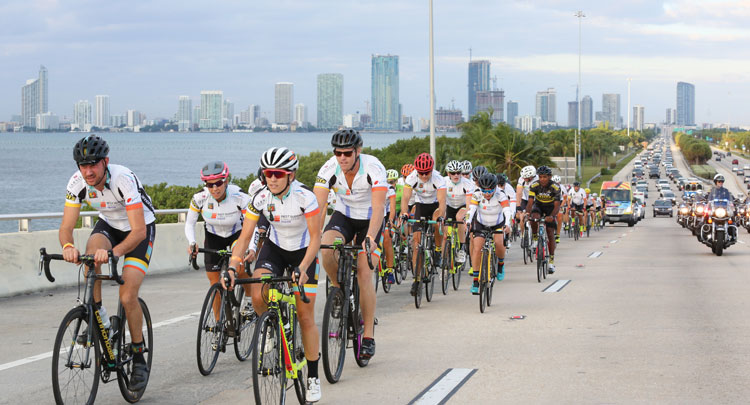 The international organization, BEST BUDDIES, brought top cyclists to Miami to participate in the 2017 BEST BUDDIES MIAMI CHALLENGE.  On Friday, November 17, as an exclusive fund-raiser for the organization, fifty cyclists each donated $10,000 to have the opportunity to ride a singular Miami scenic route with world champion cyclists in a 100K peloton with police motorcycle escort.  The route went from the Marlins Park, across the Julia Tuttle Causeway, down Alton and Ocean Drive, across the MacArthur Causeway, down Brickell and over the Rickenbacker to Key Biscayne, back to Miami and down to Matheson Hammock and then looping back through Coral Gables and Little Havana to the Marlins Park.  The Challenge was led by four time Tour de France winner Chris Froome, with pro cyclists George Hincapie, Christian Vande Velde, and Cameron Wurf. 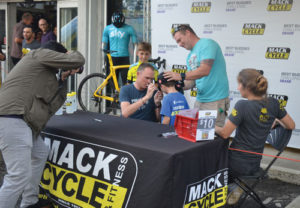 The day prior, Mack Cycle & Fitness, a presenting sponsor of the challenge, hosted a Meet & Greet with Tour de France Champion Chris Froome.  Well over 250 cycling enthusiasts were there to have items autographed and donate to Best Buddies.

Earlier in the day, Anthony K. Shriver,
founder of Best Buddies and businessman/philanthropist Ralph Winter were at Mack Cycle to do a TV interview, meet Best Buddy Mackenzie employed at the store and to announce Winter’s $1 million gift to support the work of Best Buddies internationally.

On Friday evening, The Best Buddies Miami Challenge held its 21st Annual Best Buddies Miami Gala:
Expansion in India at Ice Palace Studios in Wynwood, a star-studded event attended by some 700 guests. In total $747,000 was raised in the silent and live auctions alone. 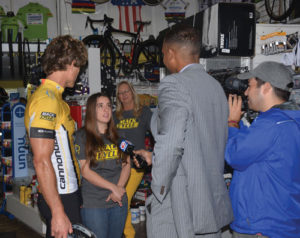 The next morning, the ten top cycling fund-raisers rode another peloton with Chris Froome and the other pro cyclists under motorcycle escort with a rest stop at Mack Cycle.

In all, some $3 million was raised for Best Buddies over the three days of events in Miami.

Anthony K. Shriver is the Founder and Chairman of Best Buddies International, which he created in 1989 to foster one-to-one friendships between people with and without intellectual disabilities. 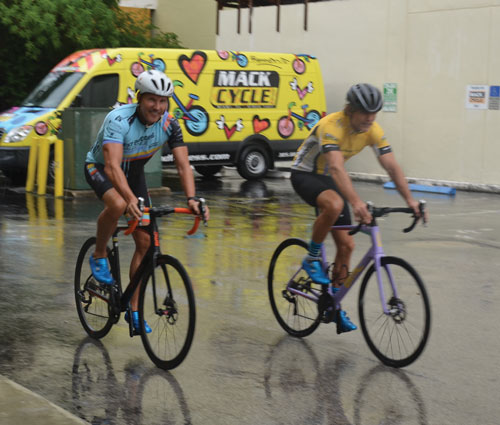 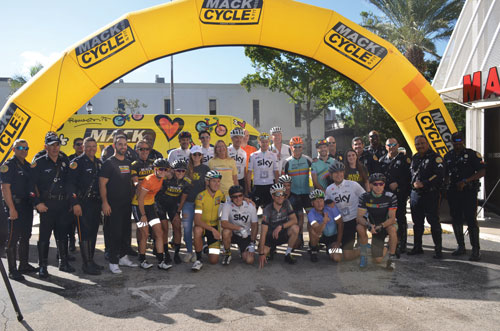 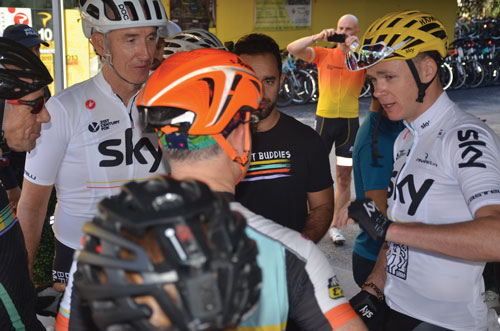 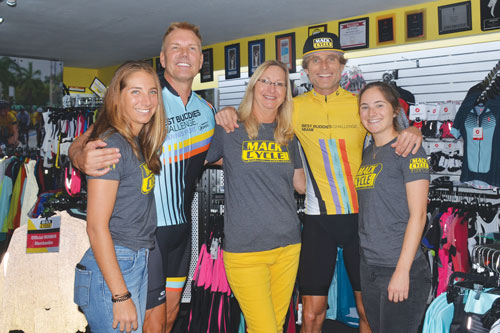