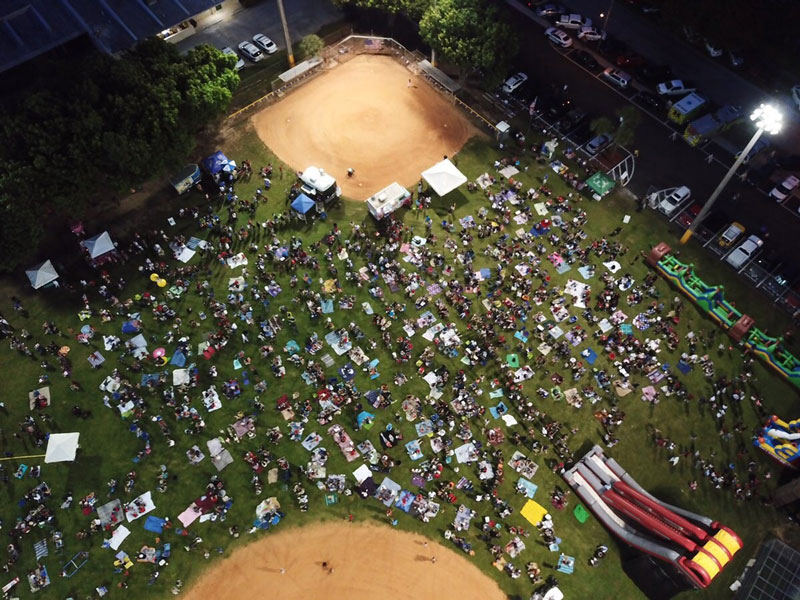 Each year thousands arrive for the annual July 4th bash held at Palmer Park Field.   Cars line 67 Avenue and area residents make their way on foot for an evening of family fun, picnics, a bounce house, face-painting,  music, and to be certain, a great fireworks display. 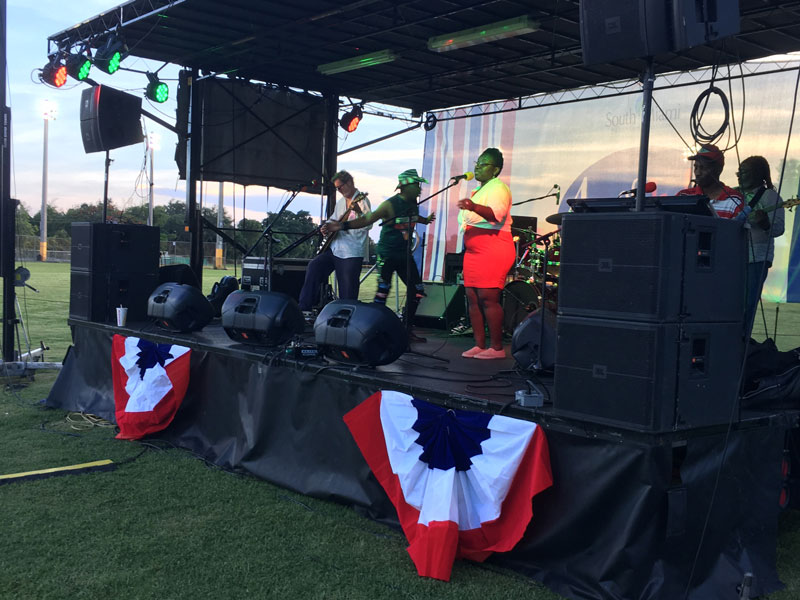 By all accounts this July Fourth 2019 was one of the biggest and best celebrations in memory. Three live bands entertained the crowd for hours.  Featured this year were: Coyote, Mojo Scoundrels and Slippery Tim & Friends with Niles “Red Bean” Blaize.  An electrifying MC Andres Galvez from AplusGroove Interaactive Entertainment took to the stage and field working the crowd in between the live music sets.

For those who opted not to bring a picnic there were several food concessions.  A multi-faceted kids zone included inflatable slides, a rock wall, basketball, obstacle courses, inflatable beach balls, games, face painting, airbrush. Two LED robots on stilts made their way through the crowd, providing a great photo memory.  Parks & Rec gave away American Flags at the entrance and there were other giveaways including mini beach balls and glow sticks. 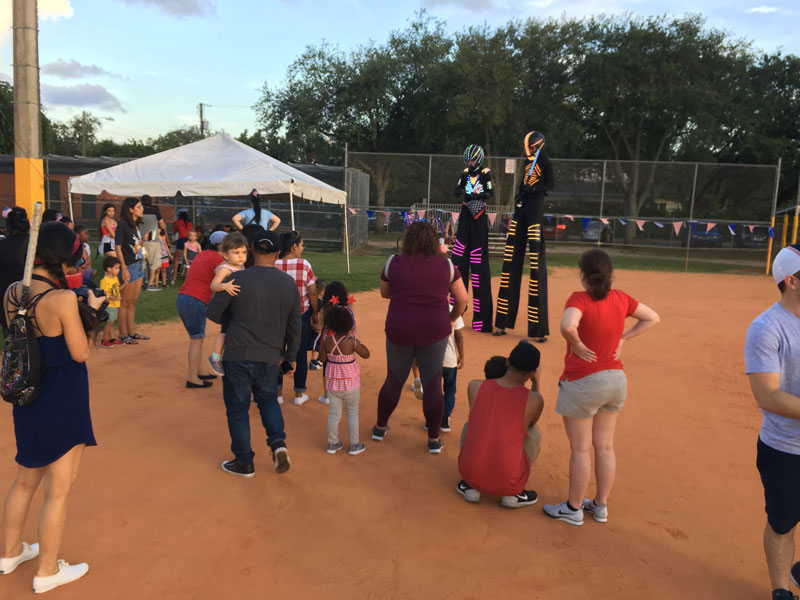 After the Presentation of the Colors by the South Miami Police Honor Guard, Charles Benitez from Branches South Miami splendidly performed the National Anthem acapella.  A fifteen minute spectacular fireworks display followed and enjoyed by hundreds of families from all over Miami-Dade County. 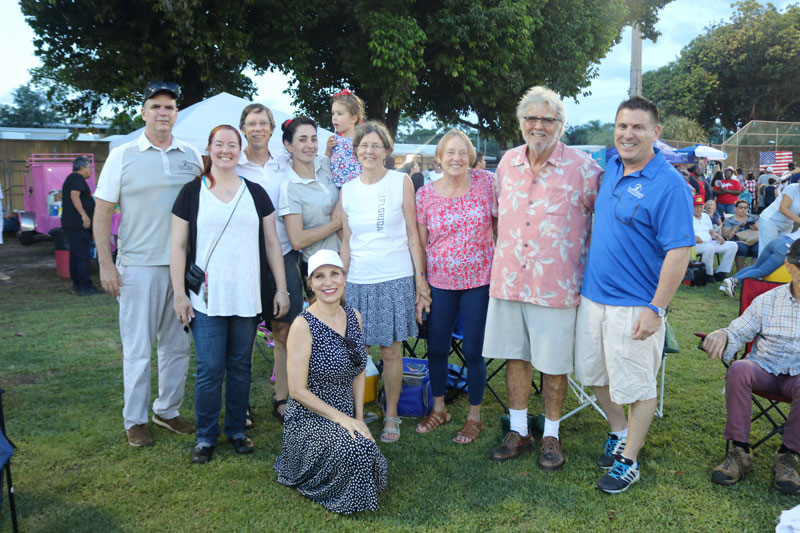 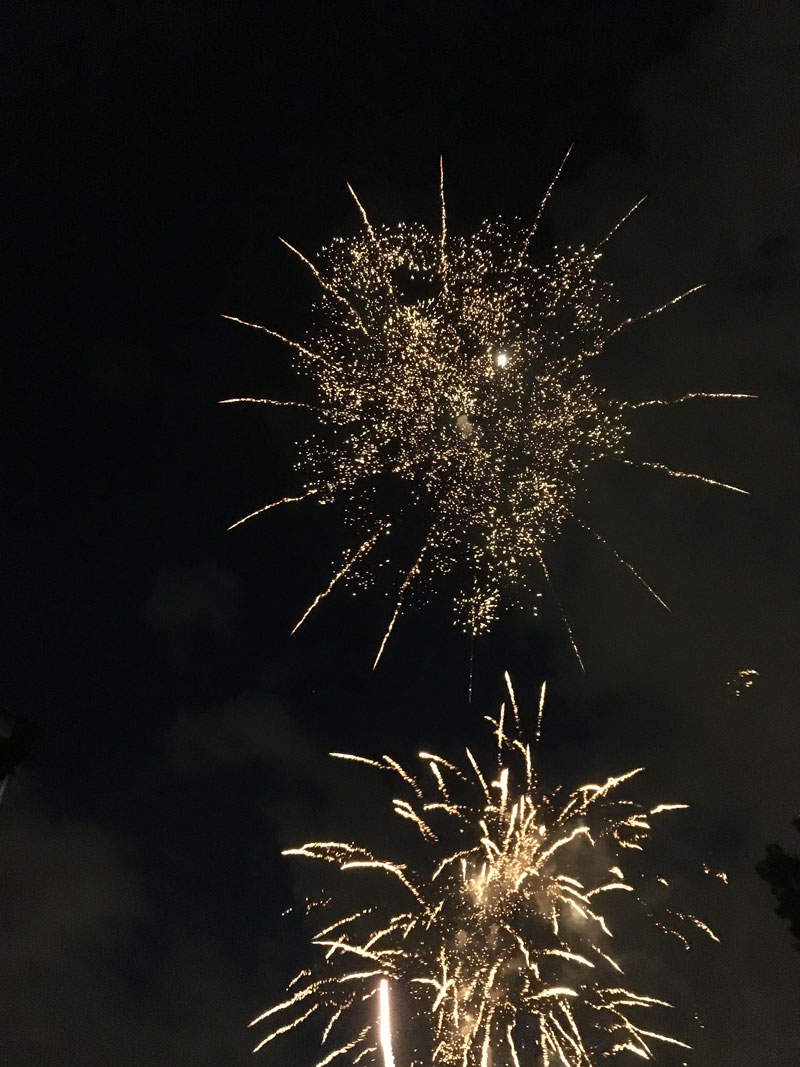 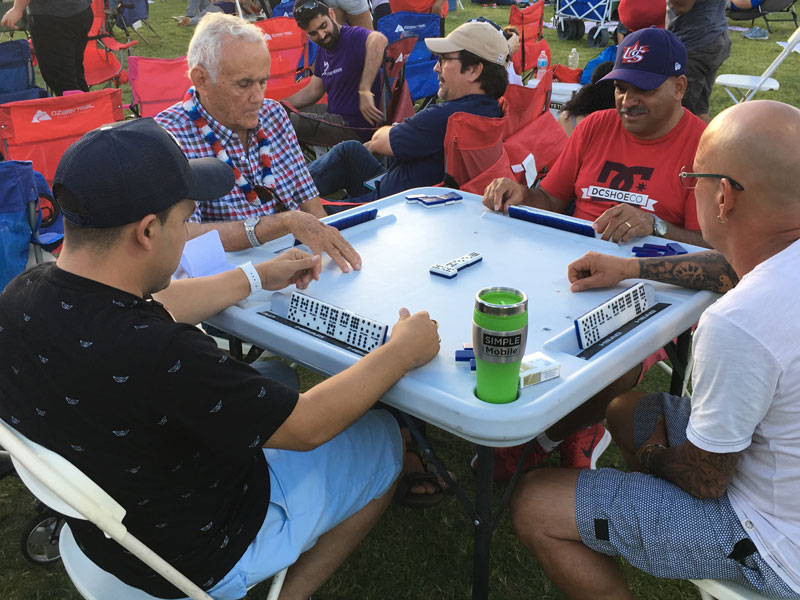 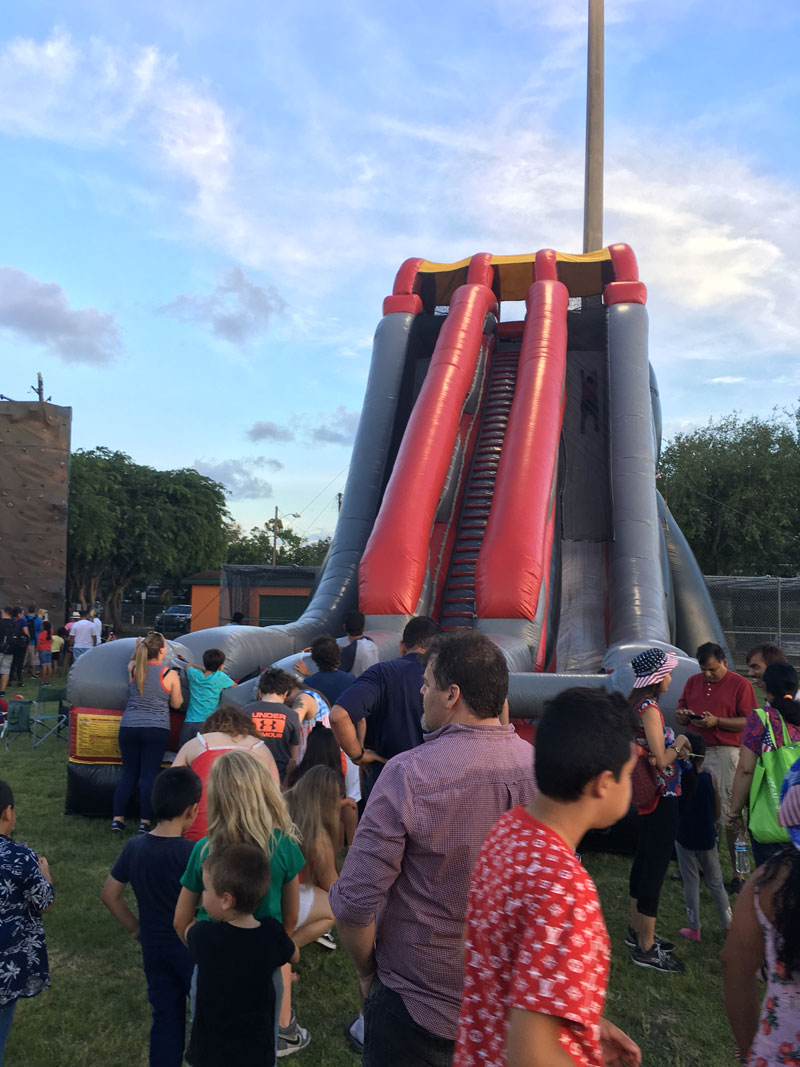 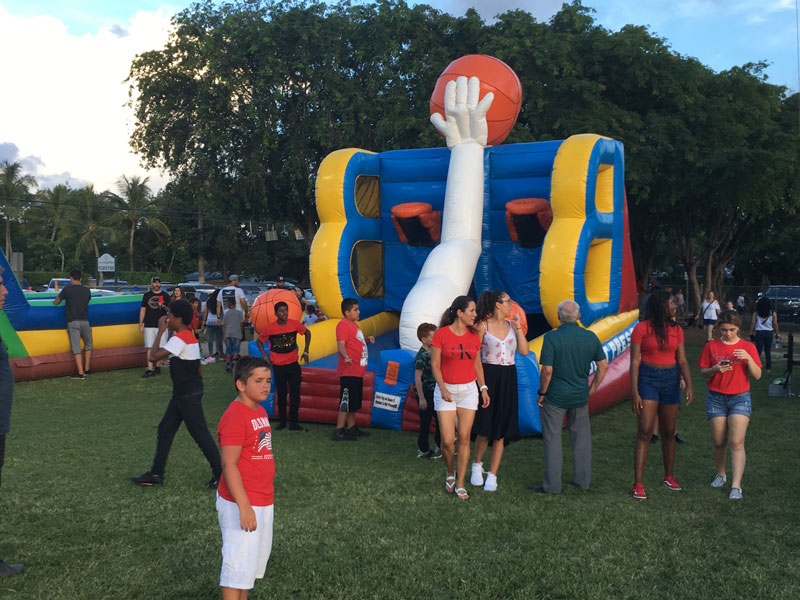 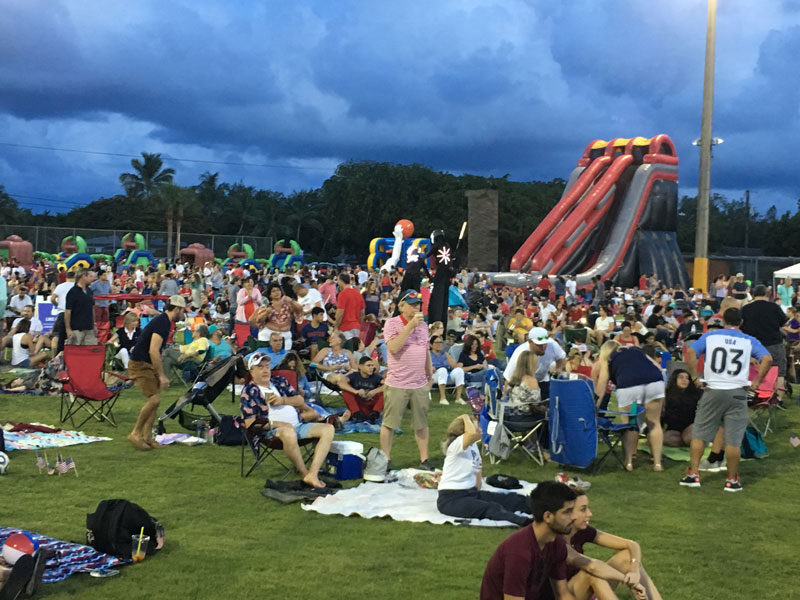 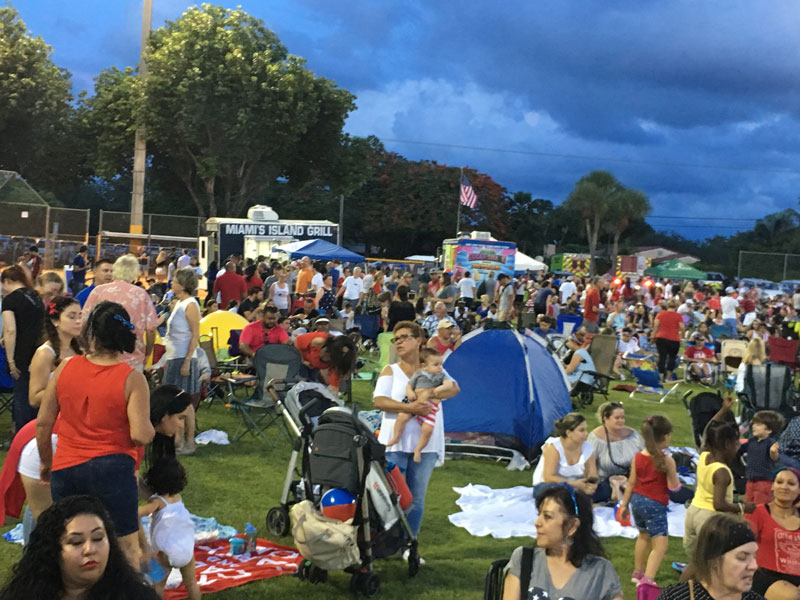 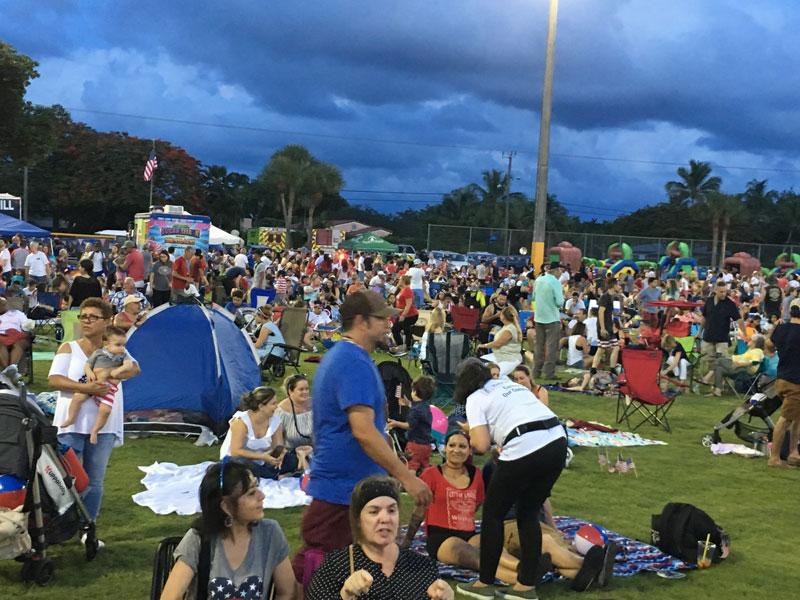 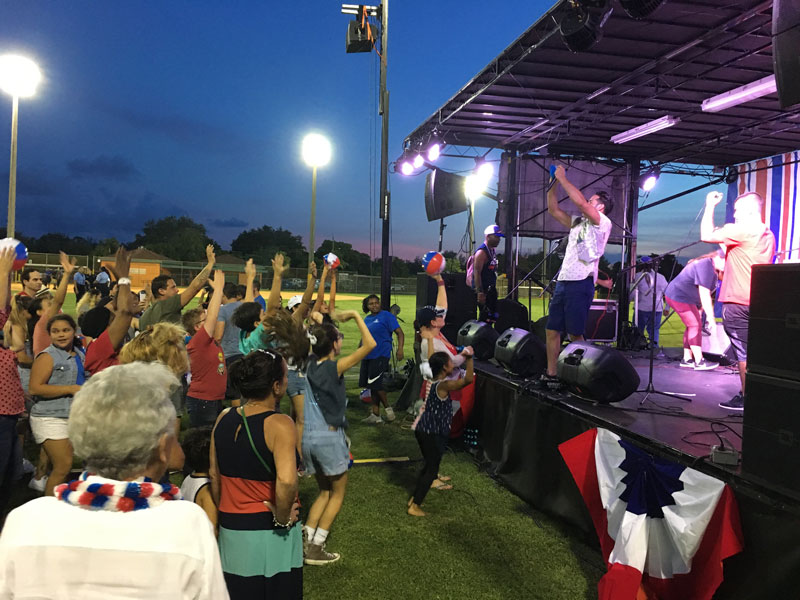 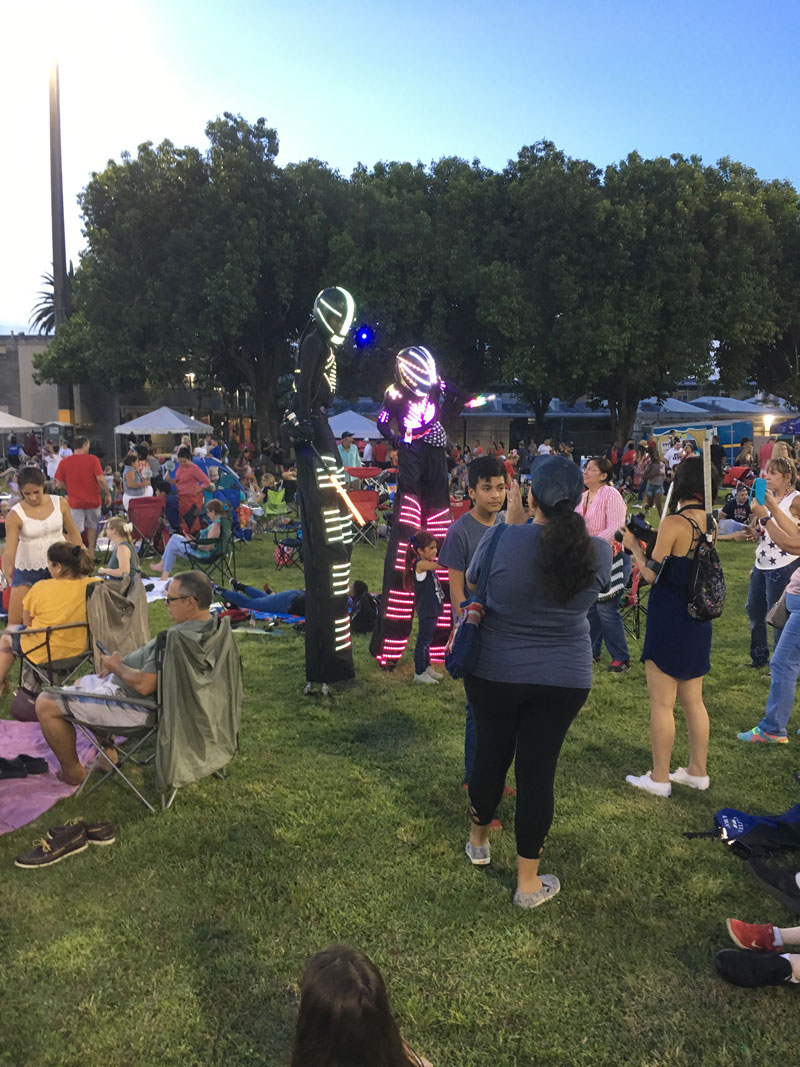 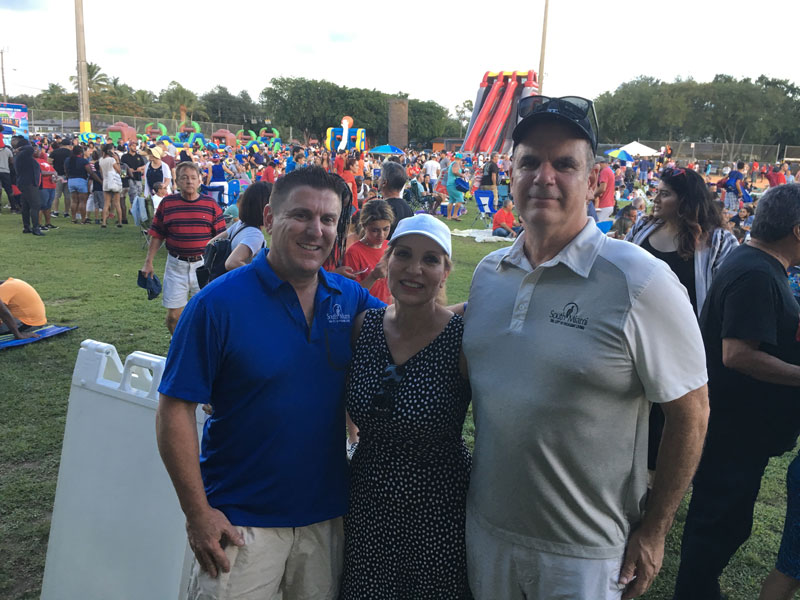 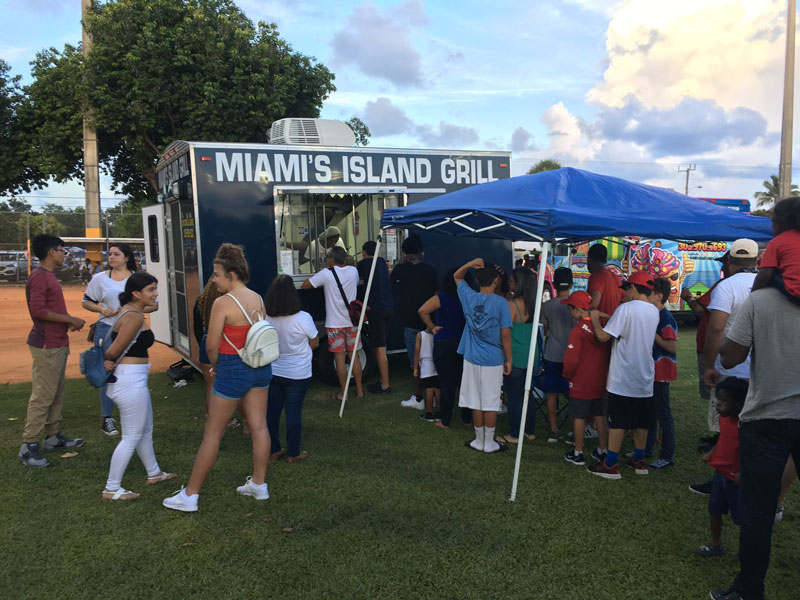 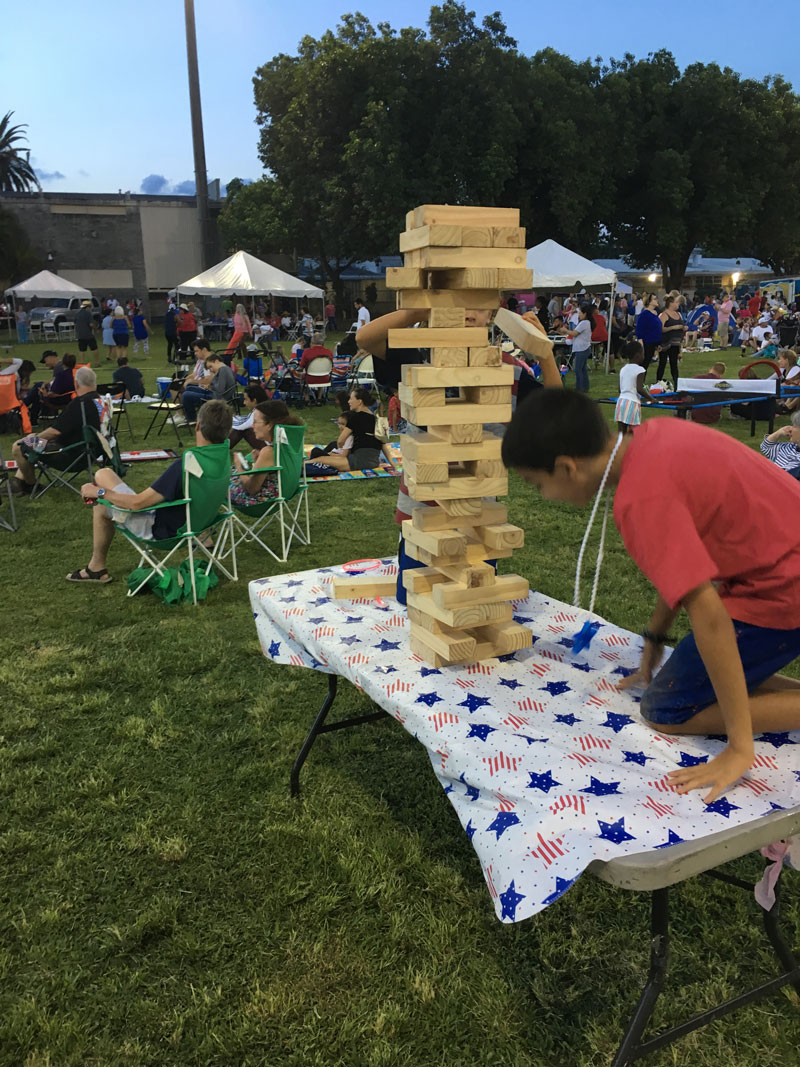 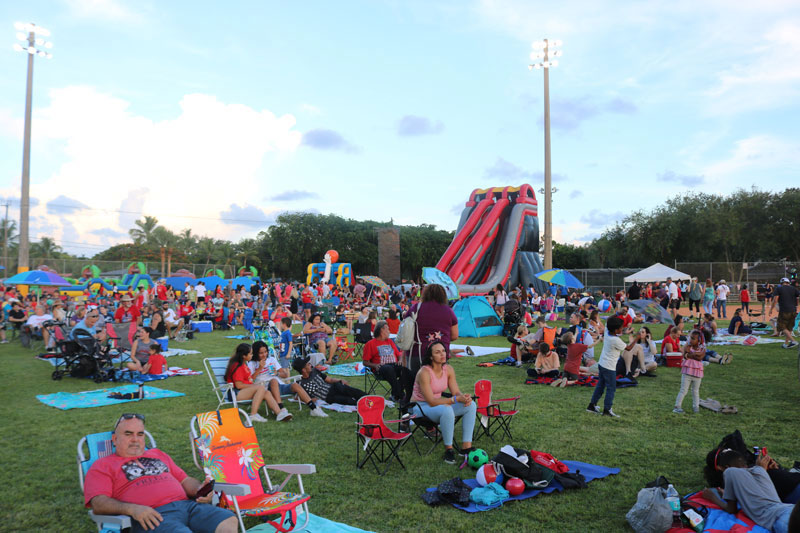 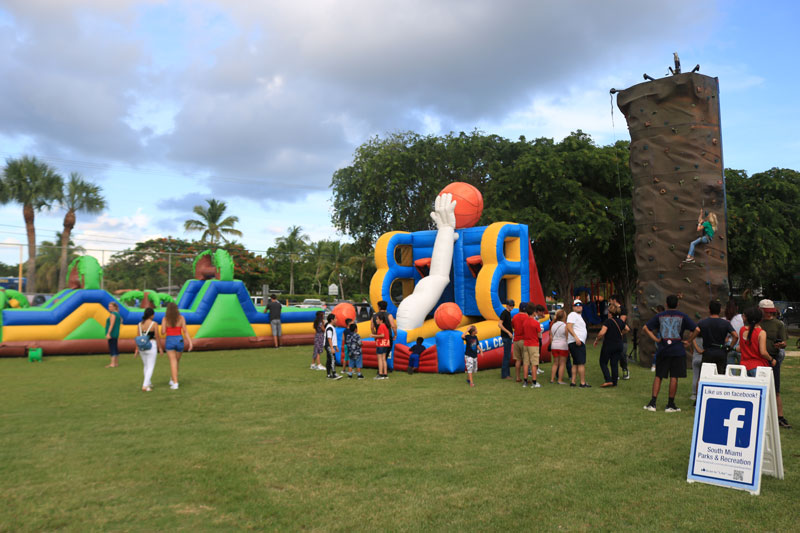 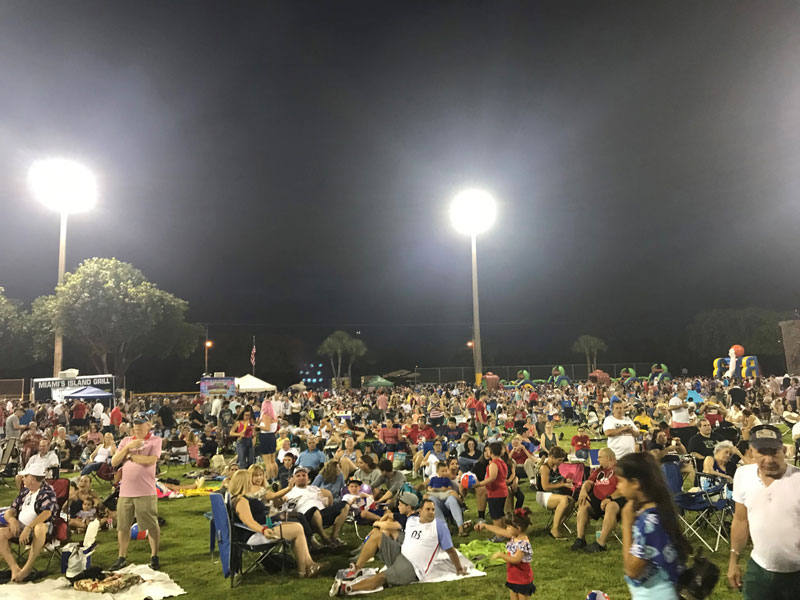 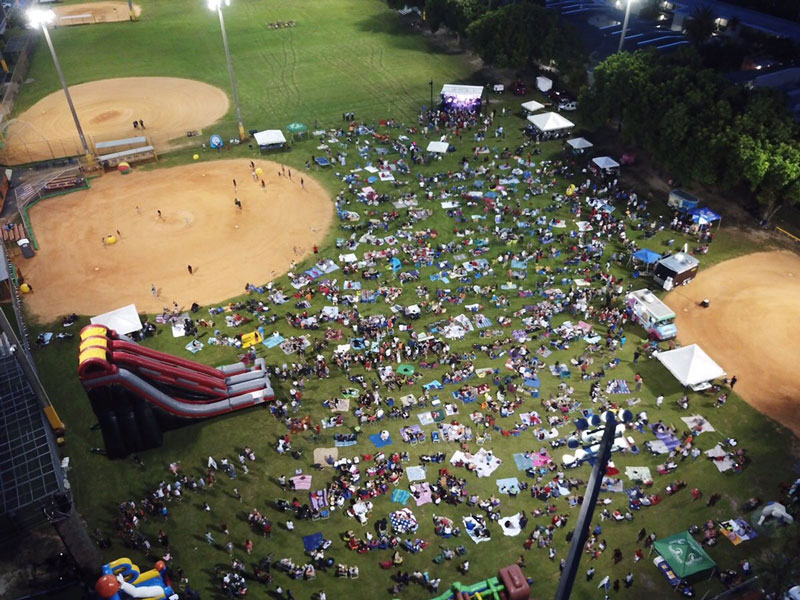