Speaking to Chamber South is an annual priority of Superintendent Carvalho and the February meeting was held shortly after he was name the 2014 National Superintendent of the Year.  He is a nationally recognized expert on school reform and finance who successfully transformed his district’s business operations and financial systems with the implementation of a streamlined Strategic Framework focused on a singular goal of student achievement.

George L. Hanbury II, Ph.D. is the sixth president of Nova Southeastern University (Ft. Lauderdale), the nation’s ninth largest private not-for-profit university.  Since taking over in July 2011, he has built on the institution’s legacy to elevate the university’s standing to one of national prominence. He has set out eight core values to guide the university’s future: Academic Excellence, Student Centered, Integrity, Innovation, Opportunity, Scholarship/Research, Diversity and Community. 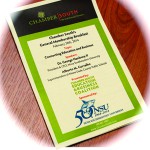 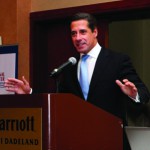 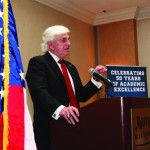 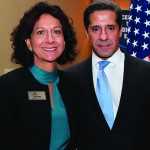