The neon sign proclaiming FOX’S Sherron Inn on US I in South Miami has gone out once and for all. After seven decades of good food and great memories the popular spot has a date with the wrecking ball.

It all started with Hank and Betty Fox’s concept for an establishment that included a bar, a family-friendly dining room, and a liquor store all under one roof. The year was 1946 when the City of South Miami had about 2,761 residents.

The wordplay on the Fox name was a good choice and never changed despite the two subsequent owners through the years.  “Sherron” according to popular lore, was some sign-maker’s mistaken version of the name Sherrie, Mr. and Mrs. Fox’s granddaughter.

George Andrews purchased the place in 1967 and René Dahdah purchased it in 2009. Mr. Dahdah owns the land on which Fox’s sits; he has plans to build something new on the site to be explored in the next issue of SOMI Magazine.

The building, a basic “Art Moderne” boxlike, two-story affair has changed little over the years. Tales abound about the second floor, but the truth is that it provided living quarters for Mrs. Fox and recently, for Ricardo Gutiérrez, the location’s general manager. It was a good place for storage, too. We’ll leave it to others to speculate about assignations and ladies of dubious character.

And that’s the thing about FOX’S. Sure, it has a history, but it was the kind of place that invited myth-making.

In those early years just after the war, Fox’s was one of the few places to get a cocktail. Tobacco Road in Miami, also recently defunct, was the oldest.

Drinking and dining at the ever-popular FOX’S was something of a rite-of-passage for students, entertainers, professional sports stars, airline pilots, fishermen returning from the Keys, and just about anybody within walking and driving distance. Bebe Rebozo, Rep. Dante Fascell, Rep. Claude Pepper, Ray Liotta, Sylvester Stallone, Bill Murray, Matt Dillon, Dave Barry, Bob Griese, and Efrem Zimbalist, Jr. are among those who sampled some thumb bits at a table or tossed back the last of a Manhattan at the bar.

Jimmy Johnson, former UM football coach and later head coach for the Dallas Cowboys, confessed to George Andrews, “Every time I’m  looking for my football players, I go to FOX’S to find them!”

Arguably the world’s darkest bar, loyal patrons used to yell out at those holding the side door open: “Hey, close the door, you’re letting the dark out!” Some said it was best to enter with sunglasses on and then the transition to near total darkness would be a little easier.

The jukebox was a draw and remained the source of house music. A stash of old 45s ranging from the Platters to Johnny Mathis, with plenty of ballads by Old Blue Eyes made up a lot of the playlist. Like the jukebox, much of what patrons grew attached to over the years were still there: the red, black and white color scheme, oak bar stools, overstuffed red vinyl booths in the bar, and the artwork. Mrs. Fox’s iconic red fox with one eye winking graced the front door and the bar. The large fox painting on board was always hanging behind the bar until recently. And the much-debated airplane painting (is it arriving or departing?) was on the wall, as was the fantasy painting of Fox’s on a street in Paris as imagined by a loyal customer.

The memories and the myths brought in the diehards and the newly-arrived with equal power: “My first job as a bartender was at FOX’S” “It was the only place to get a bottle of booze late at night.”  “Hey, can you take me to that old bar that everybody says I gotta see?”

Ricardo Gutiérrez recently expressed his opinion about the closing to Laine Doss from the Miami New Times, “ That’s the thing with Miami – the property value is going up, and people want to get the most out of it. It’s sad, but it’s a reality.”

Artist and author Jonathan Brooks wrote, “Whether it be FOX’S, Tobacco Road, Scotty’s Landing or any other of the numerous establishments succumbing to the trend, I really wish we could preserve more of Miami’s history instead of it always being about the money and bigger business.”

One look at that photo of FOX’S from 1955 and you’ll know how long this sly fox managed to evade the trap of change. Seventy years. The little guy has had a better run than most. 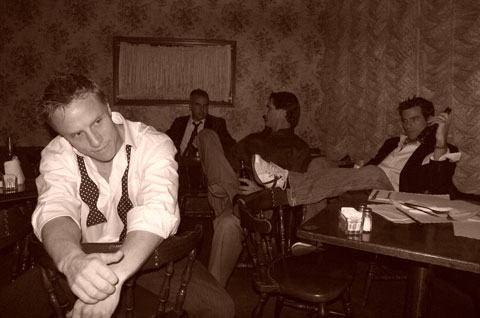 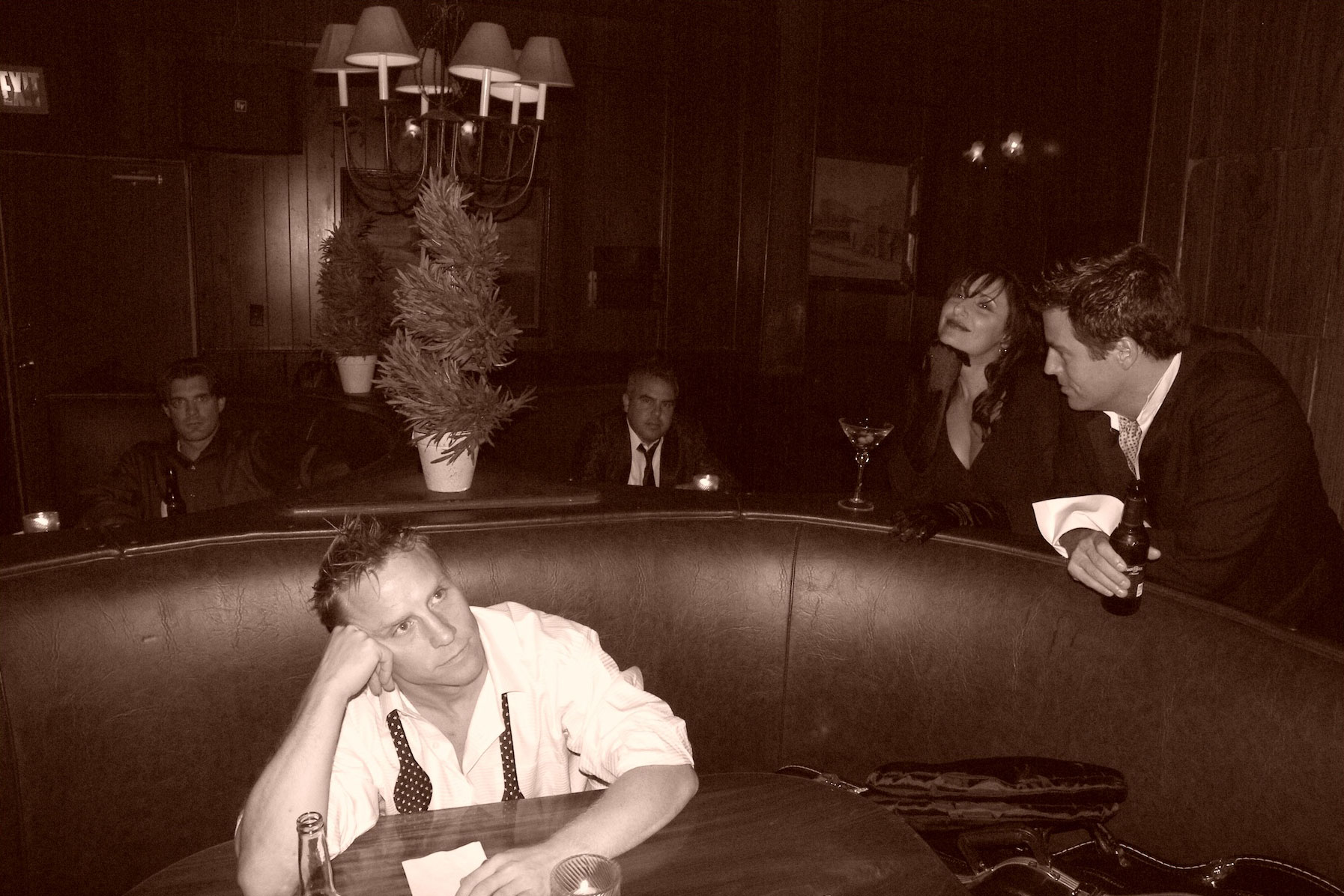 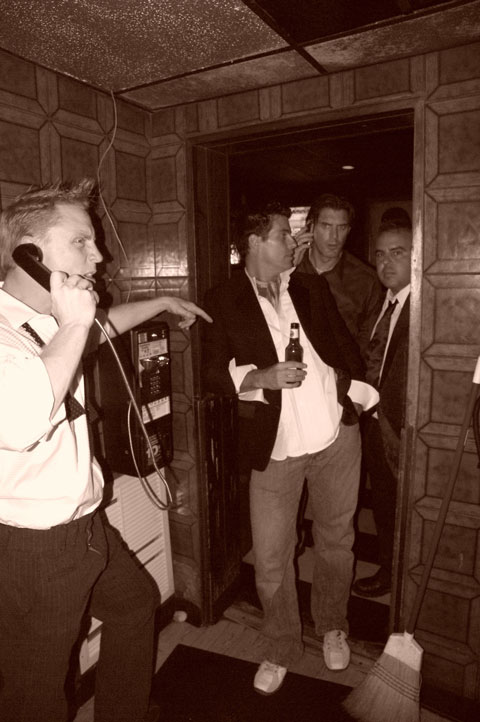 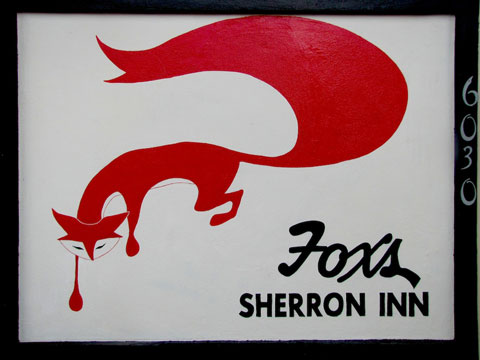 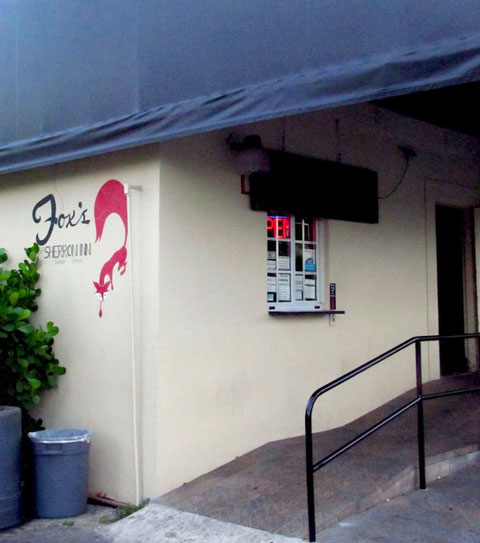 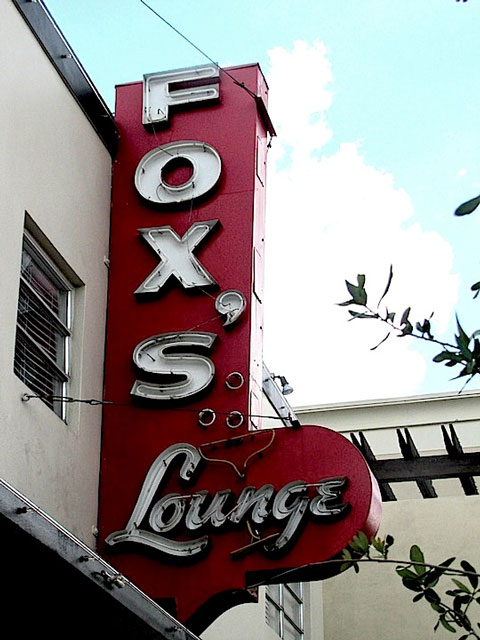 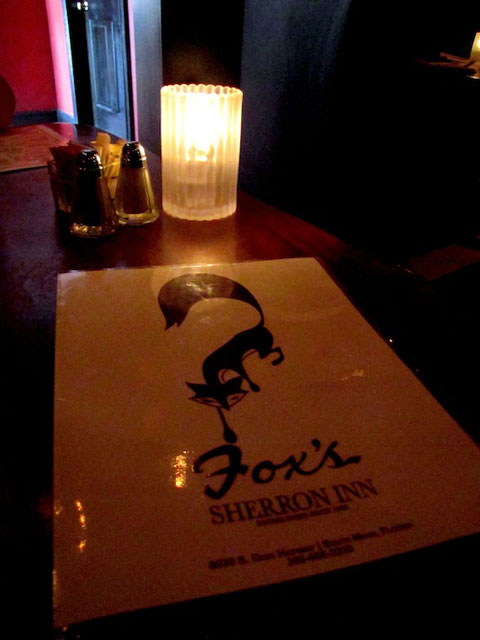 A couple of weeks ago, on the day before my daughter left for graduate school at NYU, we shared a lunch together at FOX’S. “Dad, we just have to go to FOX’S. OMG, they’re closing!  Really?!” It was to be her last.   I’ve been back for more good-byes since.

When I moved to Miami in 1967 to assume a teaching position at Christopher Columbus H.S., FOX’S was among one of the first places I went with friends and parents of students.  Years passed by quickly and FOX’S was always on the radar for a great place to go and hang out (even alone sometimes).

Fast forward some twenty-five years, and my daughter Ashley was hanging out on Tuesday nights at FOX’S with a decidedly gothic group.  It was funny to hear her say: “they make great martinis.” My how you’ve grown up!

And of course, we took a “selfie” right out front….  Fond memories, years apart, and now together.