You are at:Home»Magazine Archive»Volume IX»APRIL/MAY 2014»LET’S TALK ABOUT MARIJUANA FOR MEDICAL USE
By Michelle Marie Arean on April 4, 2014 APRIL/MAY 2014, News, Topics, Volume IX

THE GOOD GOVERNMENT INITIATIVE held a public forum on Tuesday, February 25 at the University of Miami to discuss “Marijuana Legalization: Reefer Madness or Good Public Policy.”  Led by former County Commissioner Katy Sorenson, founder, president and CEO THE GOOD GOVERNMENT INITIATIVE, educates elected officials at the state and local level and engages the community in its governance.

Some 100 community leaders and community members joined in the conversation. The audience ranged from high school principals, to social workers, to former political leaders, business men and women, youth workers, former police detectives, and even a handful of college students. The panelists ranged from those who oppose the amendment to advocates, a politician and a former White House advisor. Ultimately, everyone agreed to disagree, standing firm in each of their opinions on Amendment Two, slated for the November 2014 ballot, which the Supreme Court ruled to include with a 4-3 decision.Amendment Two would allow the “use of marijuana for certain medical conditions.” Those opposing the amendment argue that it will lead to increased use among adults and youth as well as the full legalization of marijuana. While the amendment states that the “use of marijuana is for individuals with debilitating diseases as determined by a licensed Florida physician,” it also include a broad category of “other conditions” that could include something as minor as a sore elbow. There’s also debate on what constitutes a “debilitating disease” among those opposing the amendment.

If the amendment passes, Florida would join 20 other states and the District of Columbia in allowing marijuana consumption for medical use. Washington and Colorado also are currently the only two states to allow marijuana for recreational use.

“This is not a ruse for legalization. This is not a gateway for legalization. This is for the really sick people in the state of Florida who are desperately asking for medical marijuana as part of their course of treatment after consulting with their physicians. Up to 82 percent of Florida voters support the use of medical marijuana. Marijuana has never killed anybody. No one has ever died of a marijuana overdose, I actually don’t even think there’s ever been a reported marijuana overdose in the history of thousands of years of human beings using this substance. To deny all these folks who are suffering the access to this plant, to this drug, to this substance that they so desperately want because of a lack of FDA testing, I think is a specious argument at best.

California passed their law in 1996, they were one of the first to do it. California is the perfect example of how not to pass a medical marijuana law. We learn from their mistakes. They passed a very simple law, almost 20 years ago. In our amendment we give all the authority to the State Department of Public Health to regulate this, to the legislature to create legislation around this. Miracle Mile is never going to look like Venice Beach. You can buy pot in the bathroom of a high school. Pot is available to kids. And it’s more available because it’s illegal and has not been regulated. The only people who are controlling the supply of marijuana are criminals and when criminals control the supply, they’ll sell to kids. To make marijuana legal and regulate it, will naturally pull the industry out of the criminal world and into the corporate world. If you’re a corporation selling to kids, you’re getting a huge fine. You might get shut down, so you’re not going to sell marijuana to kids.”  ~ Ben Pollara, campaign manager, United For Care – People United for Medical Marijuana.

“Marijuana certainly contains medical properties. The question is how do we deliver those properties? Opium is a plant like cannabis and opium has medical properties, but we don’t ask people to smoke opium to get the effect of morphine. We now have a scientific system where we can deliver the components of marijuana that have medical value. The question is do we deliver it in an un-doseable way. There’s no way to dose smoked marijuana. We agree we should deliver marijuana’s medicinal benefits and harness that in safe, non-smoked ways. The question we disagree on is how do we do that.  The only reason the Florida Medical Association, The American Medical Association and every single major scientific and medical organization is against the amendment you will be presented with is because we don’t smoke medicine and there are other ways to get that medical value. Under Amendment Two a physician is also defined as a podiatrist and all sorts of different things. There are currently no age limits. As written, that’s supposedly supposed to be for the sick and dying—a 15-year old with a headache, without parental consent, could get marijuana. In every state that has this, the average user of medical marijuana is a 32-year old, white male, with a history of drug and alcohol abuse and no history of cancer, AIDS/HIV, glaucoma, MS, or any debilitating diseases. We want to do it the right way and if Amendment Two was written in support of the scientific and medical community, it would be written differently. Of course the polls are showing 80 percent now because the way you ask the question. If you ask, ‘should someone with a debilitating medical condition get marijuana?’ of course 80 percent of the people are going to say yes. Saying marijuana hasn’t killed or isn’t linked to death is about as sensical as saying tobacco has not done that. You cannot overdose on tobacco like you can’t overdose on marijuana. It also doesn’t mean it’s not deadly. People die from lung cancer. That’s what kills them. The lung cancer kills them as a result of their tobacco use.” ~ Kevin Sabet, director, Institute on Drug Policy, University of Florida, and former senior advisor at the White House Office of National Drug Control Policy.

“The CBD Bill, House Bill 843, is definitely a step in the right direction when it comes to how Florida is going to move forward as a state. It’s sponsored by Rep. Matt Gates, who is one of the most conservative representatives in the Florida House. He had a hearing on this issue in January where heard testimonies from endless numbers of folks who had children in wheelchairs and got to hear what their daily life is like while these children are having two to three hundred seizures a day. They have found that this CBD, the other derivative of the marijuana plant, when extracted and put in a spray form or oil form actually reduces the number of seizures these children have to maybe one a day or even one a week. How could we not move forward? Recreational versus medicinal is such a bigger issue. My stance is we take a step and move forward with extreme caution. The bigger picture is that we’re talking about a major societal norm that we’re changing. When it comes to taxes, the agricultural aspect of this for Florida, we have an extreme problem with citrus screening and it’s taking over our crops. Is this going to be the savior of our agriculture community? These are things people are talking about.” ~ Rep. Holly Raschein, Florida House District 120.

“We don’t want more kids exposed to drugs than there already are. We know by making marijuana more available it’s going to be used more and it’s going to be used by our kids. Given those facts, no one in my coalition wants to keep people who are in pain and suffering from something that can give them relief. Our concern is the larger contact. We can’t look at this as either/or. This is about our kids, who are going to be basically the test cases for how medical marijuana plays out in the state, and eventually full recreational legalization. Because despite what Mr. Pollara said, that is the end game for a lot of people who pass medical marijuana measures first. If that weren’t the end game, we wouldn’t have Colorado, with fully legalized marijuana. We wouldn’t have Washington State, either, and states like California, that are trying to pass full legalization. And we know from the data in those states that the kids are using more and that puts them in jeopardy. Do we want to be a community that invests in healthy futures for our kids or in addiction?” ~ Margaret Prinzavalli Sotham, director, South Miami Drug-Free Coalition; Chair, Statewide Marijuana Task Force.

“The notion that we’re going to make marijuana more available if we legalize it is ridiculous. Give me 30 minutes in this University campus and I’ll get all the marijuana you want and that’s just a reality of the way the world is. It’s out there folks. The kids can buy it because they know where it is. I’m not saying to legalize marijuana, but we need to explore this problem.” -Ed MacDougall, Mayor of Cutler Bay and former undercover narcotics officer with Miami-Dade Police Department.

“For 43 years I’ve been male and black in this body; 33 years I’ve lived in Liberty City. I grew up around it. The most important hat I want to wear this afternoon is the hat of a father. I empathize and sympathize with folks suffering from any type of diseases. I have an 8-year old and 6-year old, my question is do I want them using marijuana? Do I want marijuana to be available to them? The dispensaries are not going to be on Miracle Mile, they’re going to be in my neighborhood. Let’s be real about it. Is that the type of stuff I want to see in my neighborhood?” ~ Michael Nozile, executive director, Gang Alternative 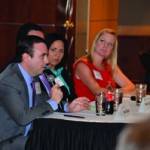 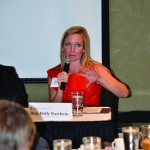 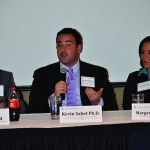 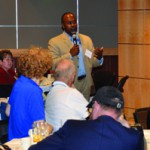 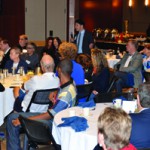 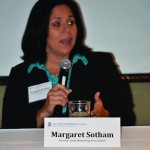