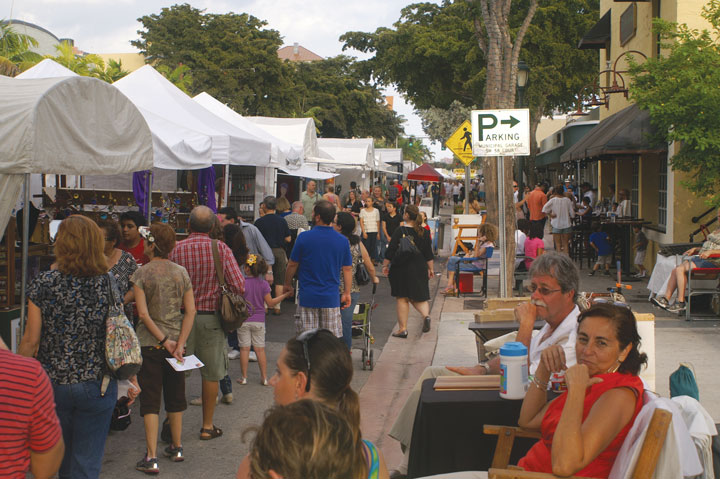 FOR THE LOVE OF ART 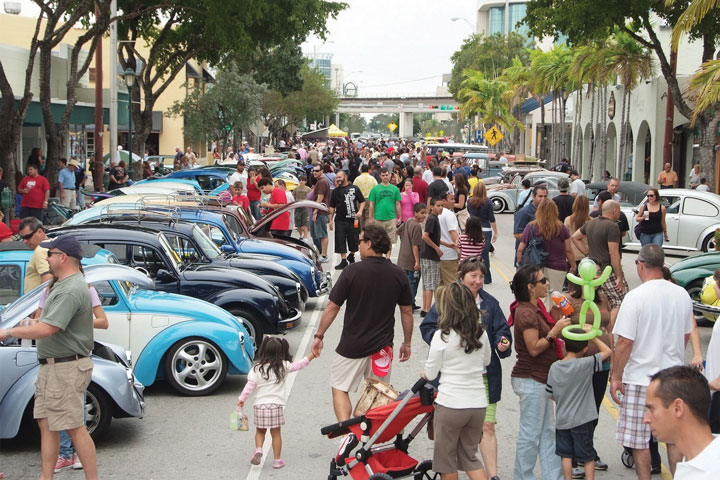 FOR THE LOVE OF CARS

FOR THE LOVE OF FAMILY FRIENDLY EVENTS

Our hometown main street closes to vehicular traffic at certain times of the year to host a parade, art festivals, car shows and costumed characters trick or treating.

Over the course of many years, a tradition of special events has developed along Sunset Drive for families to enjoy. Celebrations that help define who we are as a people have been part of our experience for decades. These popular occasions to get out and about are presented in a setting that offers an array of chic boutiques, great restaurants and upscale personal services establishments. Local businesses, the City of South Miami and other generous community institutions and sponsors help to support these all-important community events. 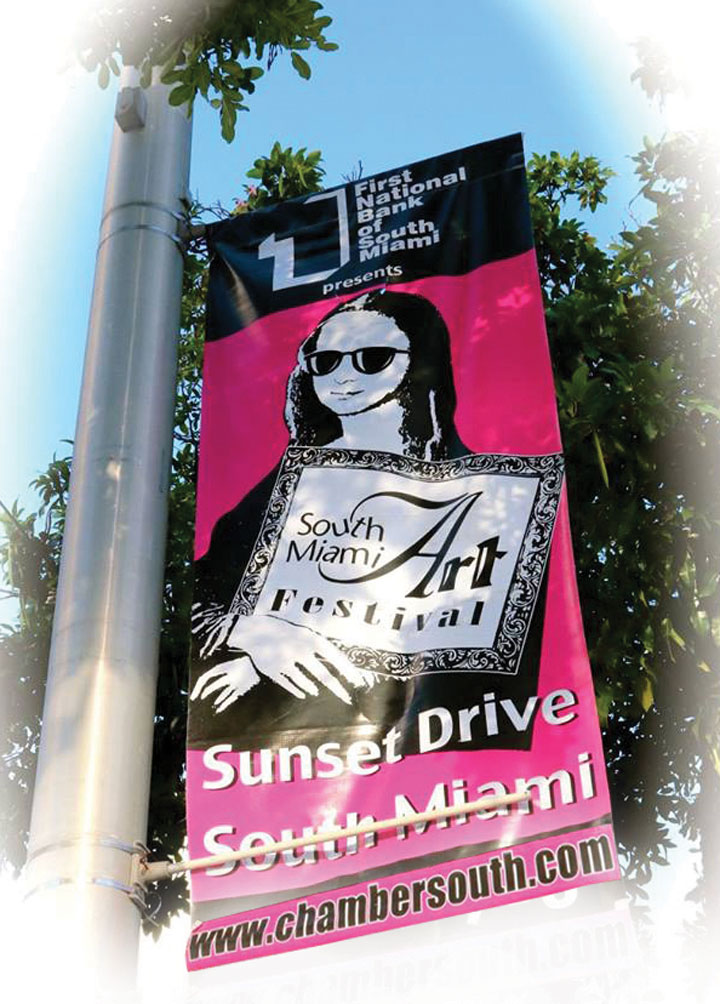 The longest running event is the ChamberSOUTH South Miami Art Festival.  Held on the first weekend in November, this juried art show presents some 100 artists from around the country and is ranked in the top 100 fine art shows in the country by Sunshine Artist Magazine.  The festival consistently draws thousands to our community and has been going strong since it was launched in 1971.  For two days, Sunset Drive in our town center is converted into a promenade where you can enjoy great art, delicious food and entertainment.  At the festival, artists exhibit various media and food vendors featuring a wide array of international cuisine.  Local production companies and area schools provide entertainment.  And this year, The Shops at Sunset Place offered a venue for emerging artists, hand-crafted vendors and a farmers market.

Produced by ChamberSOUTH, the recently held 45th annual art festival was sponsored in part by presenting sponsor First National Bank of South Miami, and receives support from the Miami-Dade County Cultural Affairs Department, the City of South Miami, and other local and national sponsors including Williamson Cadillac. 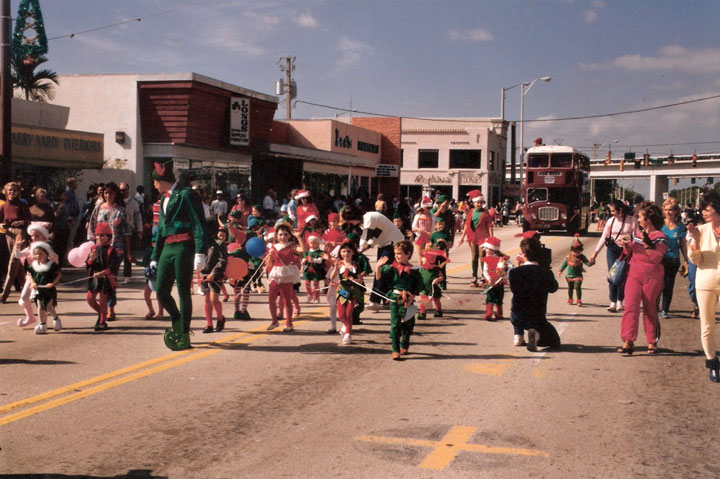 South Miami’s winter holiday season starts with the annual Santa’s Parade of the Elves. This SOMI tradition has been called “the best hometown, homegrown parade in Miami-Dade County.”

First established in 1983 by the Red/Sunset Merchants Association, this child-pleasing event includes about 500 children dressed as Santa’s elves and other holiday fantasies.

Held on the first Sunday each December, the event has been sponsored by the City of South Miami for the past two decades.  Some 5,000 on-lookers come out to watch some 80 parade entries which include local high school marching bands, Girl Scout and Brownie Troops, church groups, decorated cars and floats.  From the first year and for years following, some of the prized returning entries include the South Florida Trail Riders, South Miami High School Band, the Mahi Shriners, with participation from Magic City Mustang Car Club, South Miami Hospital and the First National Bank of South Miami.  Since 1994, the bank has had the honor of presenting Santa Claus atop a beautiful float with Mrs. Claus. Santa always didn’t have a float.  In the early years, South Miami Mayor Jack Block was Santa riding a tricycle; later parades saw Santa riding in a convertible, in a fire truck and on a decorated
flat-bed truck.

The tradition has moved from one generation to the next, with those who participated as children now watching their children march in the parade. 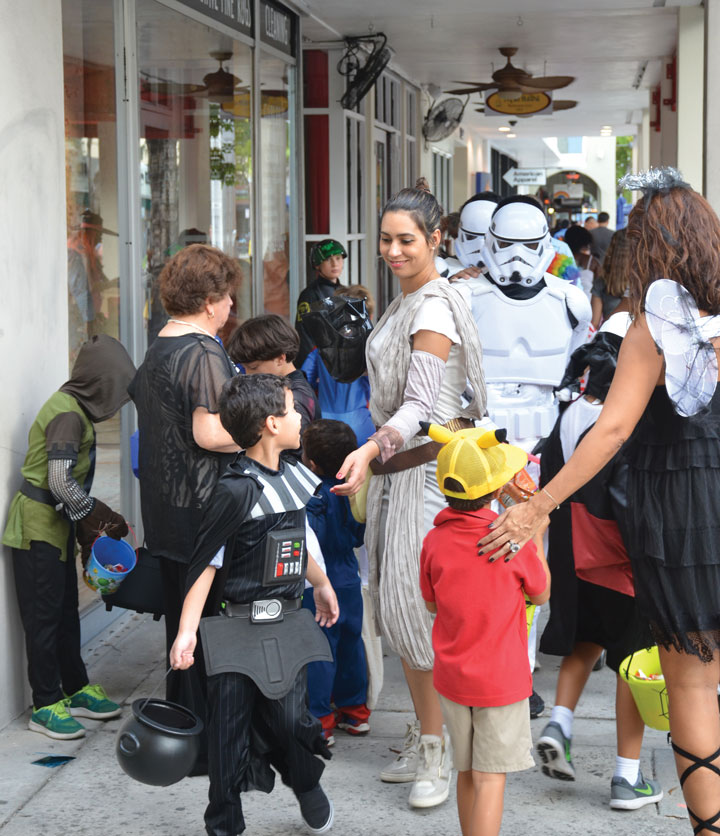 If you are looking for a safe place where your children can go “trick or treating,” come down to Sunset Drive and Red Road for Safe Streets Halloween.  “Safe Streets” was begun by the merchant association in the mid-1980s in response to the need for a safe environment for area children to go for Halloween.  With the support of the City of South Miami, Sunset Drive is closed off from US1 to Red Road from 4-6pm to create a pedestrian mall where costumed children (and adults) gather and safely roam in search of treats provided by local businesses.  Other fun activities include a costume contest held at Splitsville Luxury Lanes, and games, entertainment and treats within The Shops at Sunset Place.  The favorite South Miami event of the late Hans Huseby of FootWorks, “Papa Hans” would dress up as a clown dispensing free “haircuts” to intrepid dads and children.   For the past two years, Hans’ son, JP donned the costume and gave out the haircuts.  The tradition passes down…

A second art festival is held on Sunset Drive on the last full weekend in February each year, is South Miami Rotary Art Festival.  What began as a Craftsman Festival in 1984 grew to include fine art in 2006.  With an audience numbering about 30,000, the event features over 100 exhibits of fine arts and high-end crafts from around the country, multinational food, live music, a beer garden and great raffles. The festival includes the “Children’s Alley” with interactive and educational activities geared just for kids. 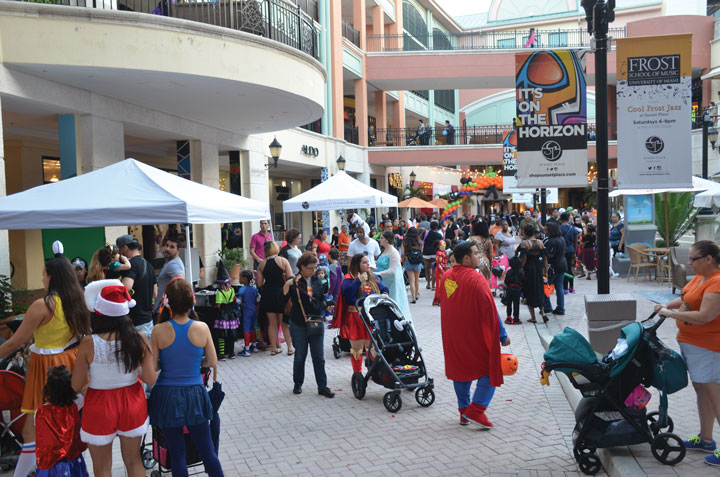 Wendy Lapidus, a Rotarian for 20 years, says she joined the club because of the good work they were doing with the art festival.  “It was and still is a project with which I wanted to become involved.  Rotary is a wonderful opportunity for service and camaraderie and I get to have both while doing what I love.”
The art festival is produced entirely by volunteers of the South Miami Rotary Club. Proceeds from the festival fund college scholarships for South Miami students, elementary and middle school dictionary giveaways and other service projects, all in keeping with the Rotary club’s motto to place “service above self.” 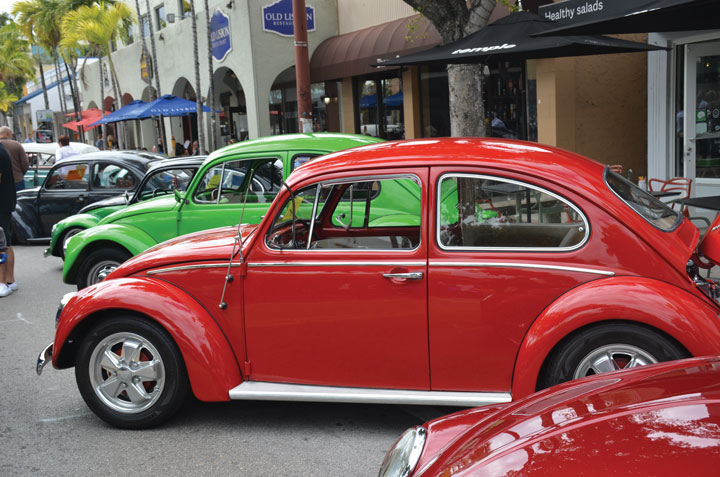 Volkswagen aficionados, casual car buffs and weekend fun seekers descend on Sunset Drive for Volksblast, generally held in mid-February.  The event was first held in 1998 and hosted at the First National Bank of South Miami parking lot.  It originated with VW owners desire to organize events to help raise funds for local charities. Giving back to the community, especially the ones in need, was their main focus. Many VW owners donated time as a club in helping build houses for Habitat for Humanity.  Over the course of the years, VolksBlast has raised over $100,000 for different local charities.  For the past several years, with support from the City of South Miami, the VW Show event has been held on Sunset Drive, with over 200 cars and several thousand spectators.

In 2015 Sunset Drive got a whole new and expensive look with the introduction of a Porsche concourse show, Das Renn Treffen.  The event is organized by Alvaro and Yordi Rodriguez, South Miami residents and owners of Parkhaus 1, a Porsche support center.  Alvaro has also been involved for the past several years in organizing the Volksblast as well. 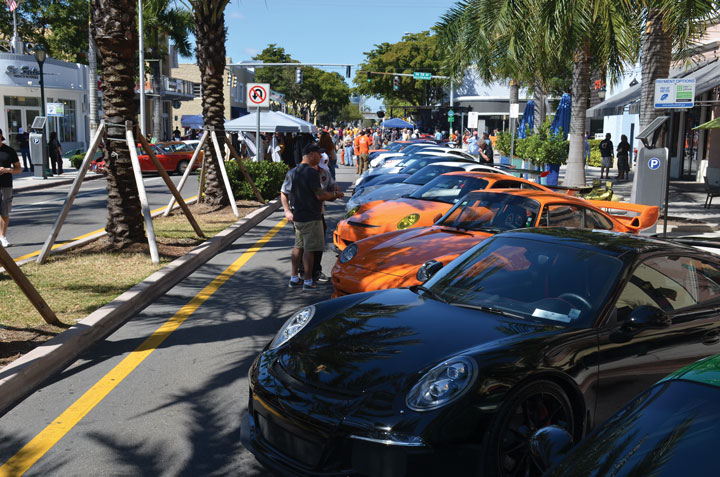 With over $20 million of hardware lining Sunset Drive, the 2016 Das Renn Treffen event was the largest Porsche gathering in Florida bringing together over 265 Porsche cars in the streets of South Miami.  Hundreds of collectors, Porsche Club members and enthusiasts participated this year to exchange stories and revel in their Porsche passion, and together celebrating almost 60 years of Porsche evolution.

A special highlight of the 2016 gathering was the attendance of Urban Outlaw, Magnus Walker, who flew in from Los Angeles to be part of the spectacle. Mingling with fans and taking photos of several rare Porsche cars he said: This is an amazing show. It doesn’t matter if you speak English, Spanish or German – we all speak Porsche here.” 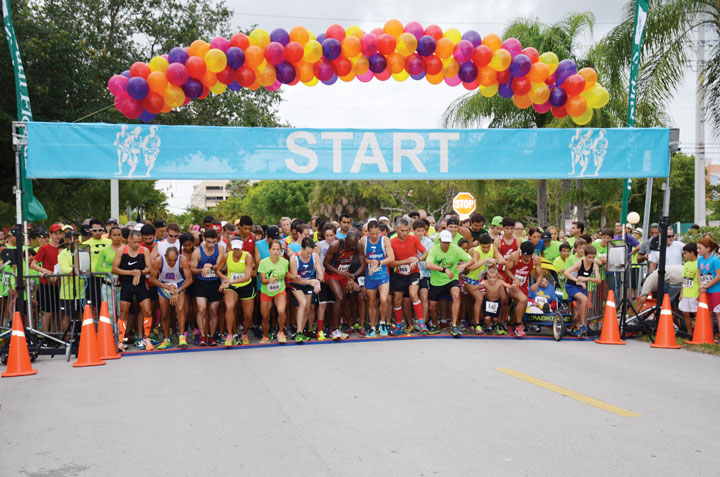 Our town center business district has other events during the year which are not held on our main street.  Summertime in South Miami kicks off with the annual Twilight 5K Run & Fitness Walk presented by South Miami Hospital. This event grew out of FootWork’s Hans and Laurie Huseby’s desire to have a nice, neighborhood run/walk staged in their “backyard.” Another family-centered event, the race often attracts three generations of the same family that includes plenty of children. Good for cementing that community spirit, but also good for your health, the Twilight 5K has attracted the attention of homeowners along the route. Using their front lawns as hydration stations, homeowners offer runners and walkers a cool drink of water on their way to the finish line in our town center.  Some 1,400 participants get to exercise and enjoy that friendly, small town atmosphere for which South Miami has become famous.  Proceeds from the event go to benefit local charities and organizations.

Join us in SOMI.  For a small town, South Miami offers a lot of big city amenities, including fabulous year-round events. The annual events produced over these many years would not be possible without the cooperation of the City of South Miami, our area businesses, presenting sponsors, the volunteers from the local chapters of international service organizations and the community-at-large.

Events are free and open to the general public.  Convenient parking can be found in the Municipal Parking Garage located on 73rd Street. Public transit is directly accessible at the South Miami Metrorail Station, which also provides additional parking. And one of the best ways to enjoy SOMI is to take your two wheels to town and CYCLE SOMI. 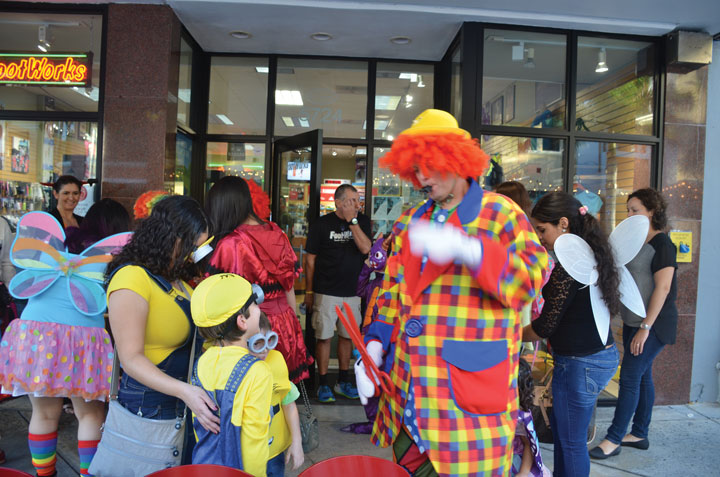 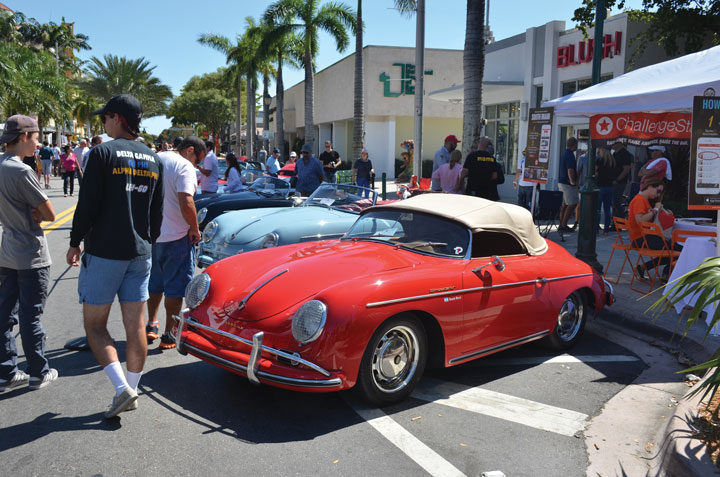 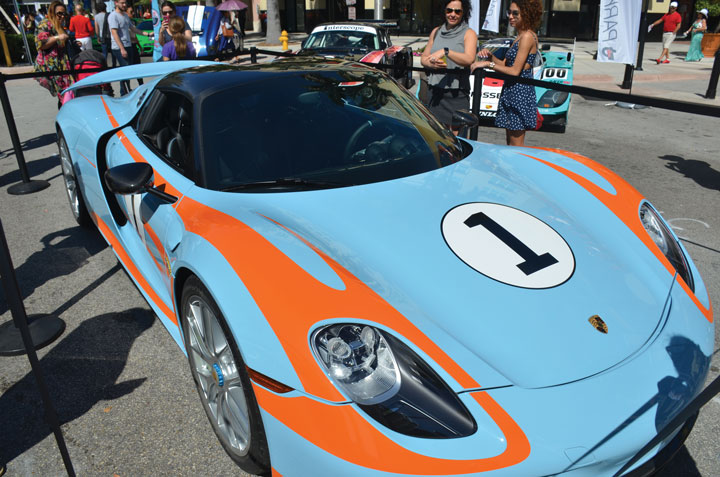 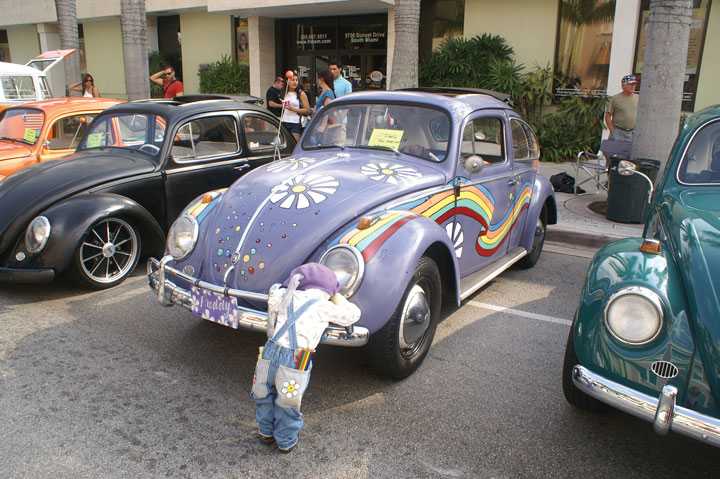 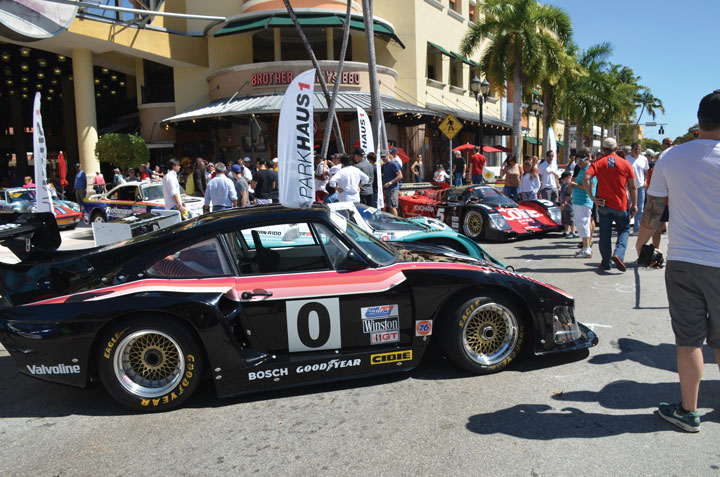 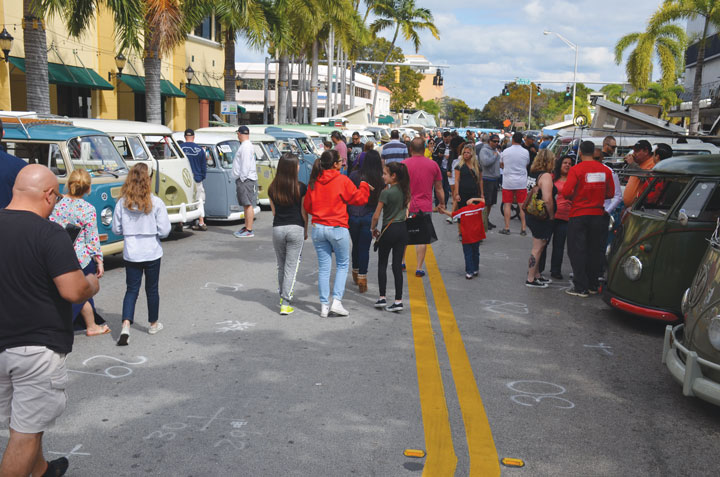 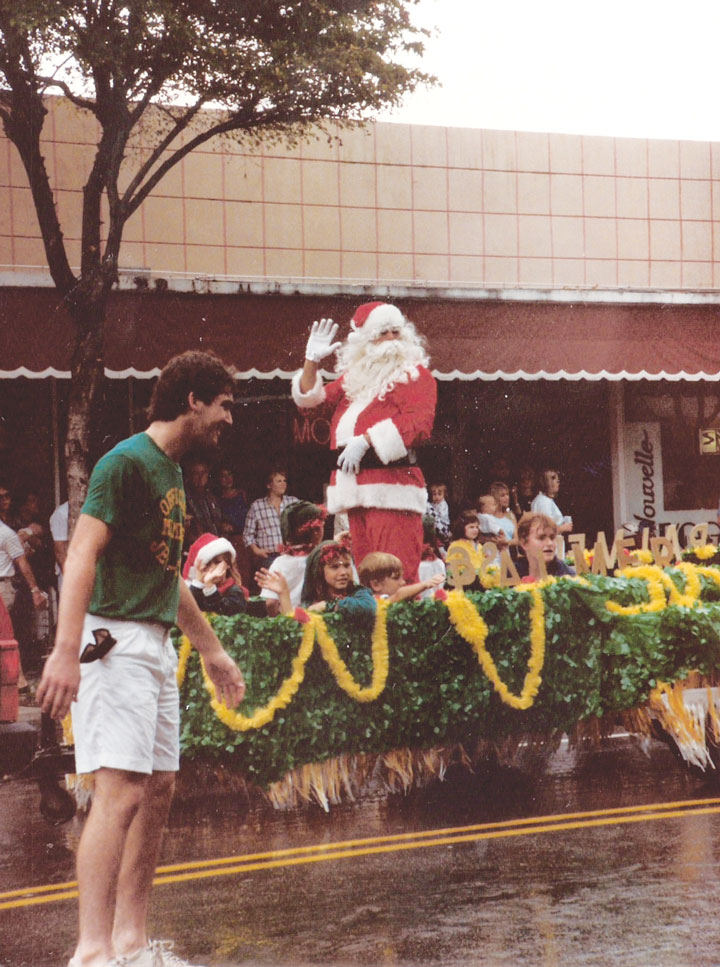 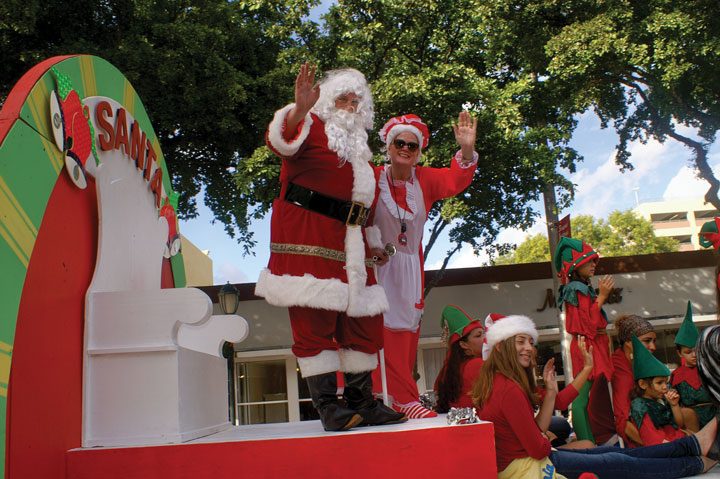 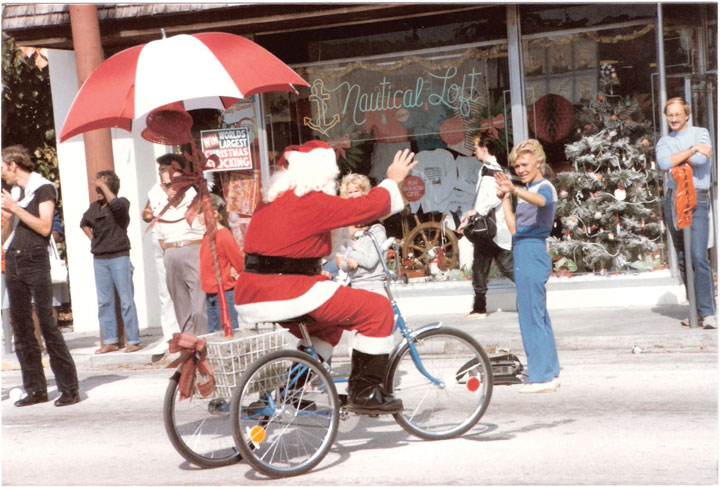 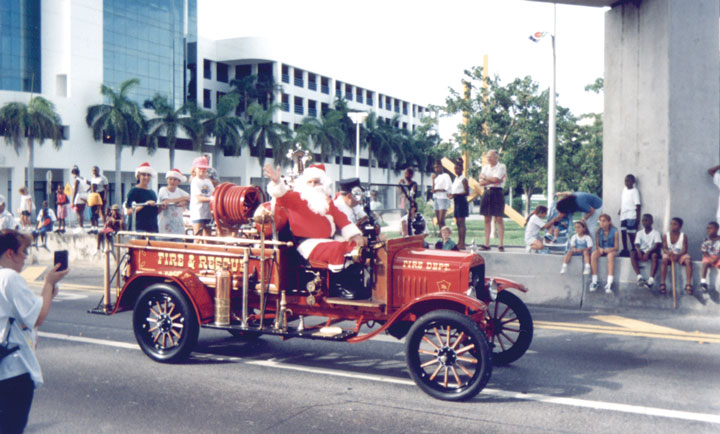 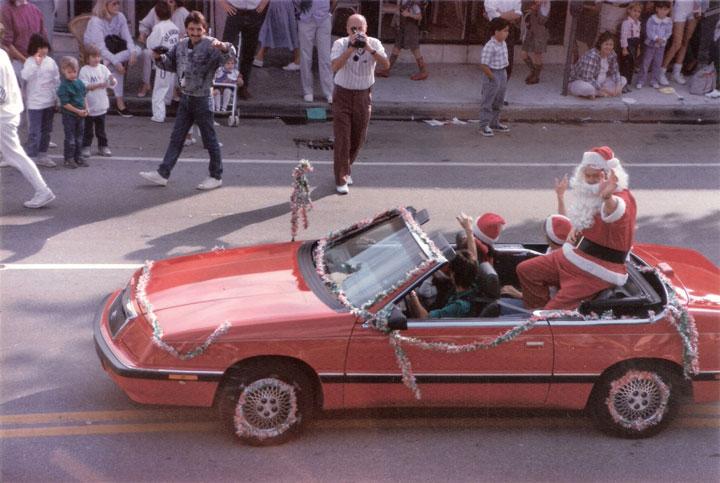