As a friend of the Mark family from my days at Columbus H.S., I first came to know Manny as he began work at Mack Cycle in 1972, introduced by a beaming “Mr Mack” that they had just landed a great mechanic.  And the signing bonus came in when, according to Manny, he was asked how much he wanted per hour and responded $3.50.  “Mr. Mack” said he’d give him $4.50.  And so the bond for many years was forged.

Manuel Rey, known simply by cyclists throughout South Florida as “MANNY” began working for Mack Cycle in 1972 and over the course of forty years, generations of families have come to rely on his expertise in repairing their bicycles.

1972… the Dallas Cowboys had won Superbowl VI, and the Oakland “A”s the World Series.  The Godfather was on the big screen and “I’m going to make him an offer he can’t refuse” was (and still is) a fantastic line by Marlon Brando.  In June that year, the Watergate break-in occurred and “Hanoi Jane” (actress Jane Fonda) visited North Vietnam.  Carnival Cruises began sailing, and “All in the Family” was the most popular TV show.

Now to the human scale of things.  The Schwinn Sting-Ray was ever so popular and their Schwinn Varsity was a big hit for road riding.  I would bring my green Schwinn Super Sport to the store for servicing.

Manny Rey moved to Brooklyn for Puerto Rico, where he worked as a bicycle mechanic for eleven years starting out as a teenager.  When he moved to Miami, he approached Luis Gonzalez, he owner of Niagra Bikes.  Gonzalez didn’t have a job to offer and told Manny to go to the top bicycle store in Miami, and that’s where he met Thaddeus Mark (“Mr. Mack”).  Mack Cycle was already building a name for itself.  Just three years earlier, Mr. Mark opened one of the few Schwinn Concept Stores in the country, in a new building on Sunset Drive.

In 1957, the Mark family took over a going concern, Mack’s Cycle and Lawnmover repair shop, located in what is now the Community Newspapers building on SW 62nd Avenue.

In 1969, Mr. Mark moved the business to a building he had constructed on Sunset Drive (across from City Hall).  Mack Cycle has been thriving there ever since, operating within a model that values customer service, integrity and community service.  “Dad was a visionary.  He rather quickly realized that given South Florida’s climate, bicycles were in use year-round and weren’t just hot sellers once a year during christmas.  He began to concentrate on the cycling side of the business when most other national retailers were note.  He had a great employee in Manny and could rely on him to get the job done right,” says Mary Jane Mark, owner of Mack Cycle & Fitness.

Mary Jane and her two brothers worked in the shop as children, but it was Mary Jane who carried on working in the family business into her adulthood, buying out her father in the early 1990s.  Mary Jane jokes that Manny has worked in the store longer than she.

Over the course of his forty years at Mack Cycle, not only did he assemble bikes, repair flats and tune bicycles, he also provided staff support to community bicycle safety rodeos and many major South Florida cycling events, such as the MS150, the Tour de Cure, the Dolphins Cycling Challenge and many others.

“Manny is part of the family here at Mack Cycle, and he will surely be missed.  We hope he’ll come to provide some sag support for our events.  Manny epitomized what we value most at Mack Cycle & Fitness, and that is customer service,” says Mary Jane. 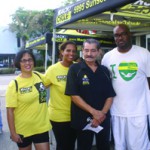 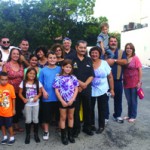 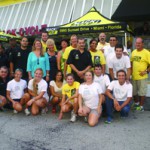