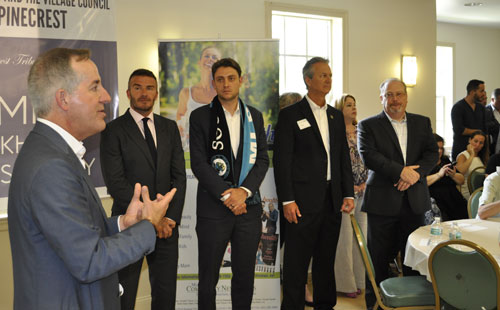 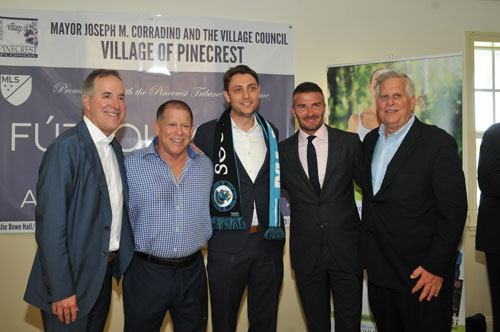 Grant Miller led the event with his own “Gooooooooooooal!” that one word to officially welcome David Beckham to Pinecrest.  Pinecrest resident Jorge Mas and Beckham are the principals in the new MLS franchise expected to being playing in Miami in a few years.

More than 125 area business and civic leaders from Pinecrest, South Miami, Palmetto Bay, Cutler Bay and Homestead gathered to welcome Beckham together with just as many members from local youth soccer programs including those from the Pinecrest Premier, Strike Force, Real Miami and Cutler Ridge Soccer teams.

“David Beckman Day” was proclaimed throughout the South Miami Dade communities and municipalities. (For video from the event, please visit 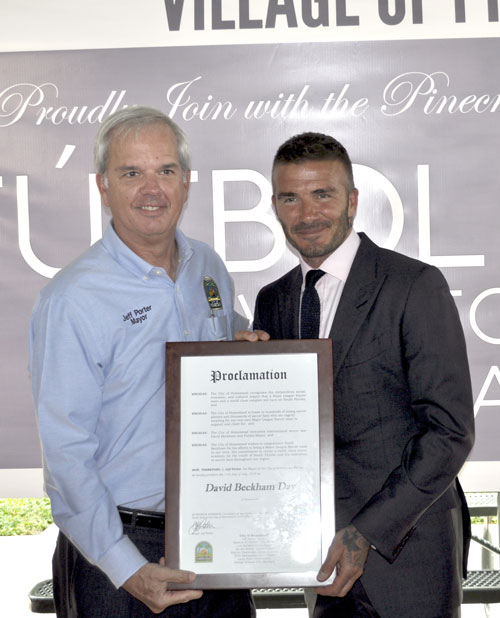 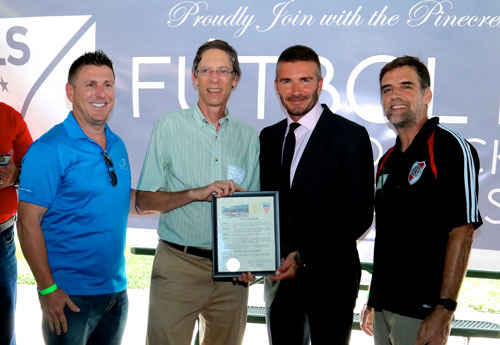 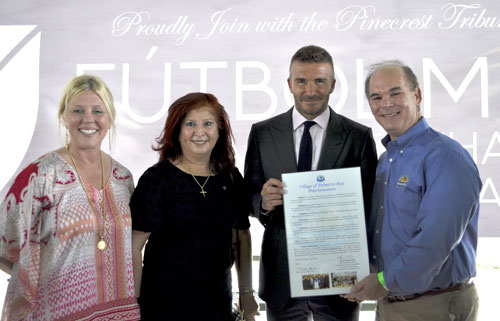 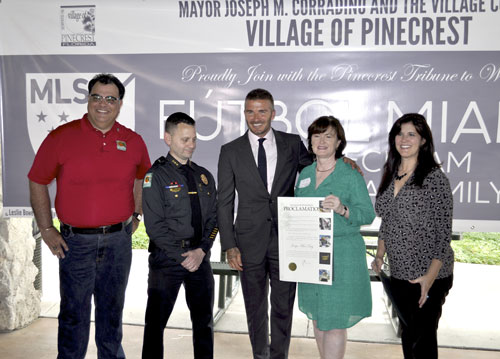 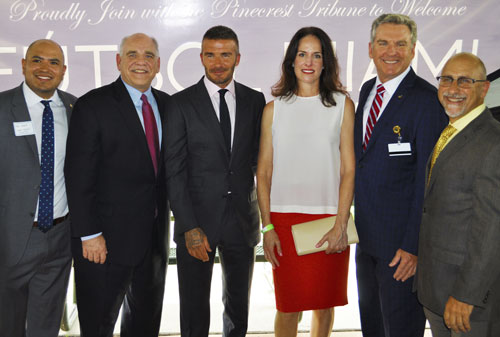 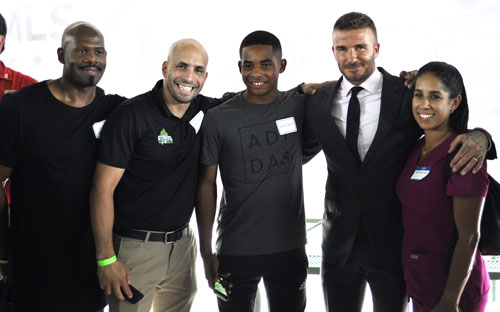 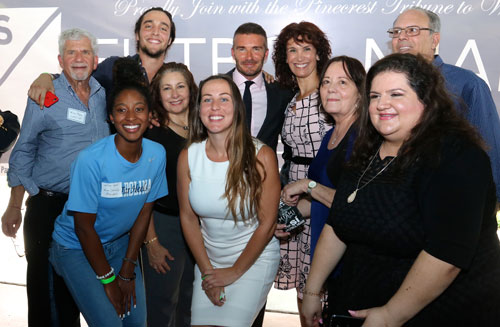