You are at:Home»Magazine Archive»Volume XIV»JUNE/JULY 2019»MILESTONE FOOTWORKS ON THE SCENE FOR 45 YEARS
By Donna Shelley on June 9, 2019 JUNE/JULY 2019, Shop, Topics, Volume XIV 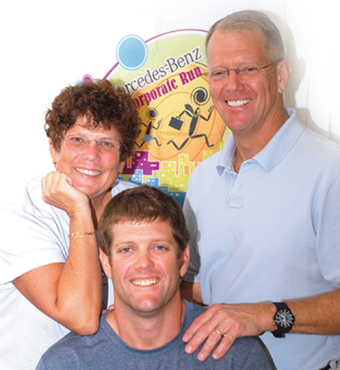 The first time I ventured into FootWorks, I was in search of a great walking shoe and knew nothing about how to select the proper footwear. Unlike many of my contemporaries, I never saw the act of running for miles as a joyous pastime. But all that shame about being a neophyte melted away when I was approached by a FootWorks employee who offered to assist me.

I walked on the treadmill and she watched. She said, “OK, walk around the store and let me look at you.” She quickly analyzed my gait and said that I was “over-pronating.”  Meaning that my arches collapse when I walk, causing me to turn my ankles inward.  She didn’t bring me an array of shoes, just two or three apt pairs that would cushion my feet and stop that over-pronating thing. In a matter of minutes, my problems were solved and I had a fantastic pair of walking shoes.

Through time, I have had the pleasure of meeting and getting to know Hans and Laurie Huseby, the owners of FootWorks. Their story is one of hard work, determination, familial devotion, and community involvement.  Sadly, Hans passed away suddenly on November 28, 2014. 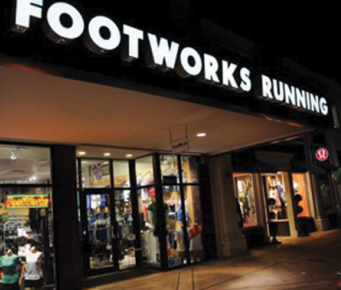 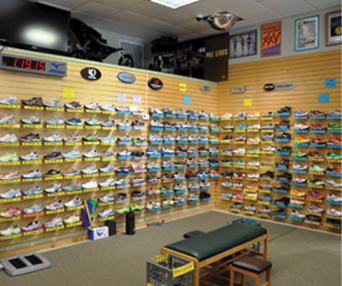 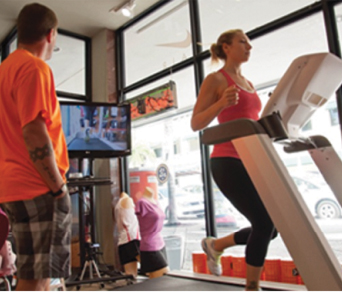 The store began under Laurie’s father, Sheldon Boehm, who opened a shop on Sunset in 1973 to sell what was then the newest buzz in footwear, the Earth Shoe. Hans was an athlete and a runner who married his high school sweetheart, Laurie Boehm. After moving to Miami from Minnesota, Hans and Laurie began to work side-by-side in Mr. Boehm’s store. The year 1975 saw the passing of Laurie’s father and the purchase of the business by Hans and Laurie. With the fall of the Earth Shoe, the Huseby family came to the harsh reality that they needed to look to another product in order to keep the business alive. 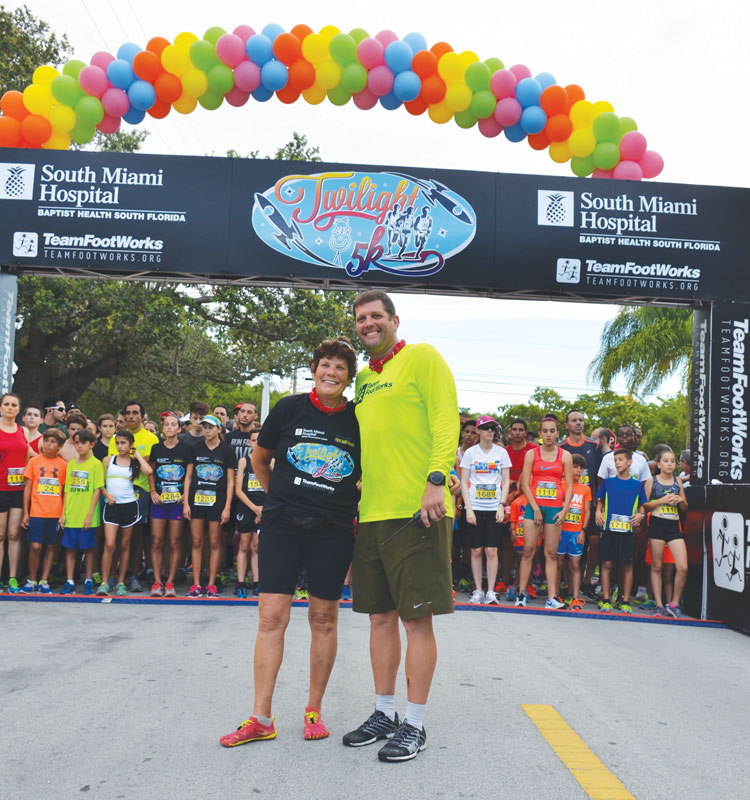 Hans and Laurie understood that running as a form of exercise was becoming increasingly popular with Americans. They investigated purchasing a franchise that was dedicated to the sport; upon further reflection they decided they could build their own unique retail establishment and called their business “FootWorks.” From the beginning came the FootWorks concept that focused on runners and kindred athletes.

Ever a family affair, son JP began managing the business a number of years ago.  He and his mother operate one of south Florida’s most popular retail locations for runners, walkers, marathoners, tri-athletes and fitness lovers.  They also supervise Team FootWorks, the non-profit Hans and Laurie established to sponsor and manage marathons. 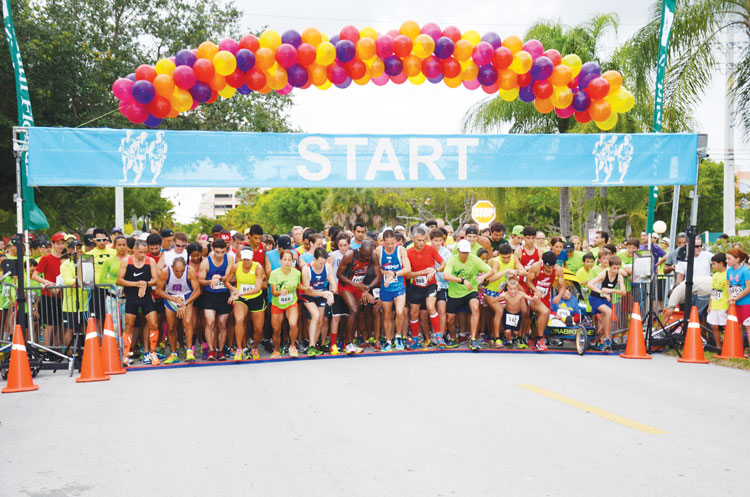 One of the benefits offered by Team Footworks is a sports clinic, the ever-popular Fitness 101 Training program. Aimed at developing a love for regular exercise, Fitness 101 is a seven-week training regimen that convenes twice weekly to run and walk in short intervals, eventually building up to longer intervals of running. For those who don’t like to or cannot run, there is a group dedicated to walking. The program helps build endurance while developing camaraderie among the participants; many of those involved go on to run or walk in marathons, half-marathons and triathlon races.

The Huseby family continue to be benefactors in the community and they have contributed well over $1.5m to a variety of charities over the years. Another South Miami signature event, “Safe Streets Halloween,” was begun and promoted by Hans. 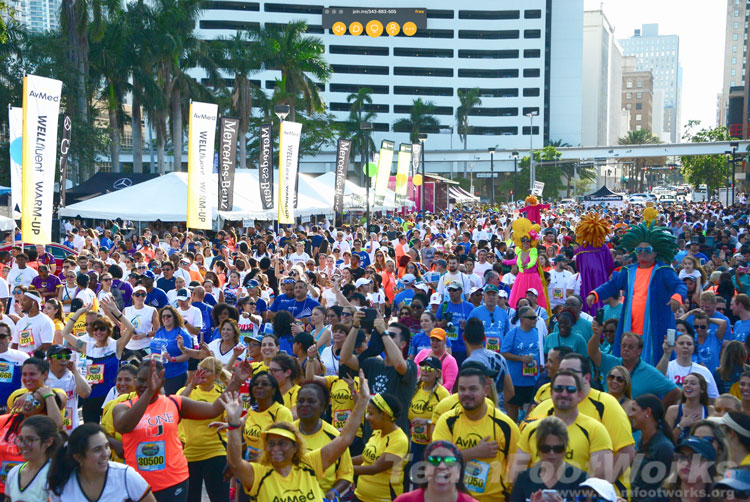 In addition to an array of clothing, shoes, accessories and other products customized for athletes, the people at FootWorks demonstrate their dedication to superb customer service by being knowledgeable about new product information, the latest concerning cutting-edge advances, and detailed information about what constitutes the best fit in footwear. They are in the business to help keep customers on track with their fitness regimen.

“I take a lot of pride in what Hans and I have done together. I am grateful for our many years together,” said Laurie.