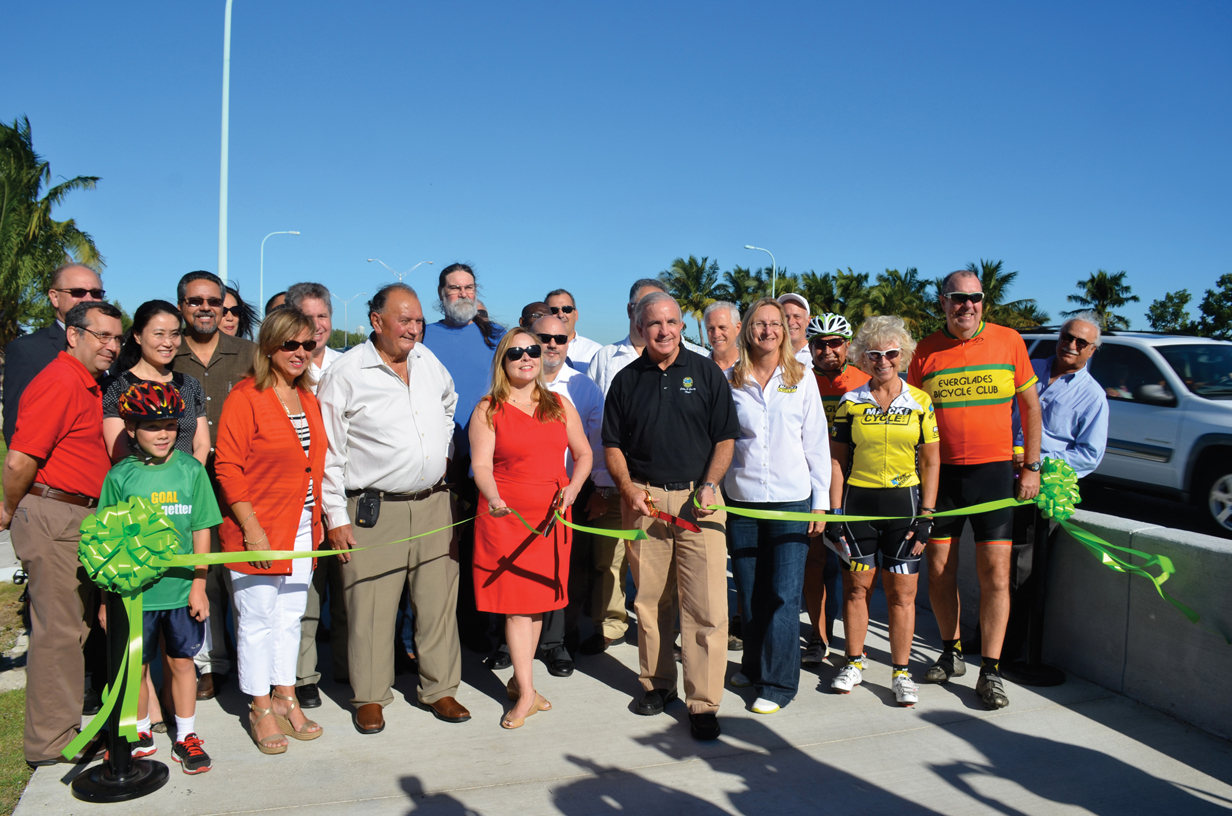 On a spectacular crystal blue South Florida late October Saturday morning, elected officials from the county and municipalities were joined by bicyclists and concerned citizens for the dedication ceremonies celebrating the completion of the West and Bear Cut Bridges and improvements to bicycle and pedestrian safety along the Rickenbacker Causeway.

Over many years, the steel beams were coated with a grease material in order to try to minimize the effects of the surrounding marine corrosive environment on the steel beams.  As a result, the bridge has lasted almost 70 years.

In 2012, both FDOT and Miami Dade County Public Works found deficiencies on the bridge, including some deterioration of the steel beams.  Once this condition was detected and in close consultation with FDOT, heavier vehicular traffic was diverted away from the steel beam side of the bridge onto the newer concrete beam portion of the bridge.  A County emergency was declared, funding was identified for repairs, and a construction contractor was selected.  The County determined to replace the entire superstructure portion of the bridge built in 1944. On January 23, 2013, the Board of County Commissioners approved approximately $31 million and a contract was awarded to Kiewit Infrastructure. 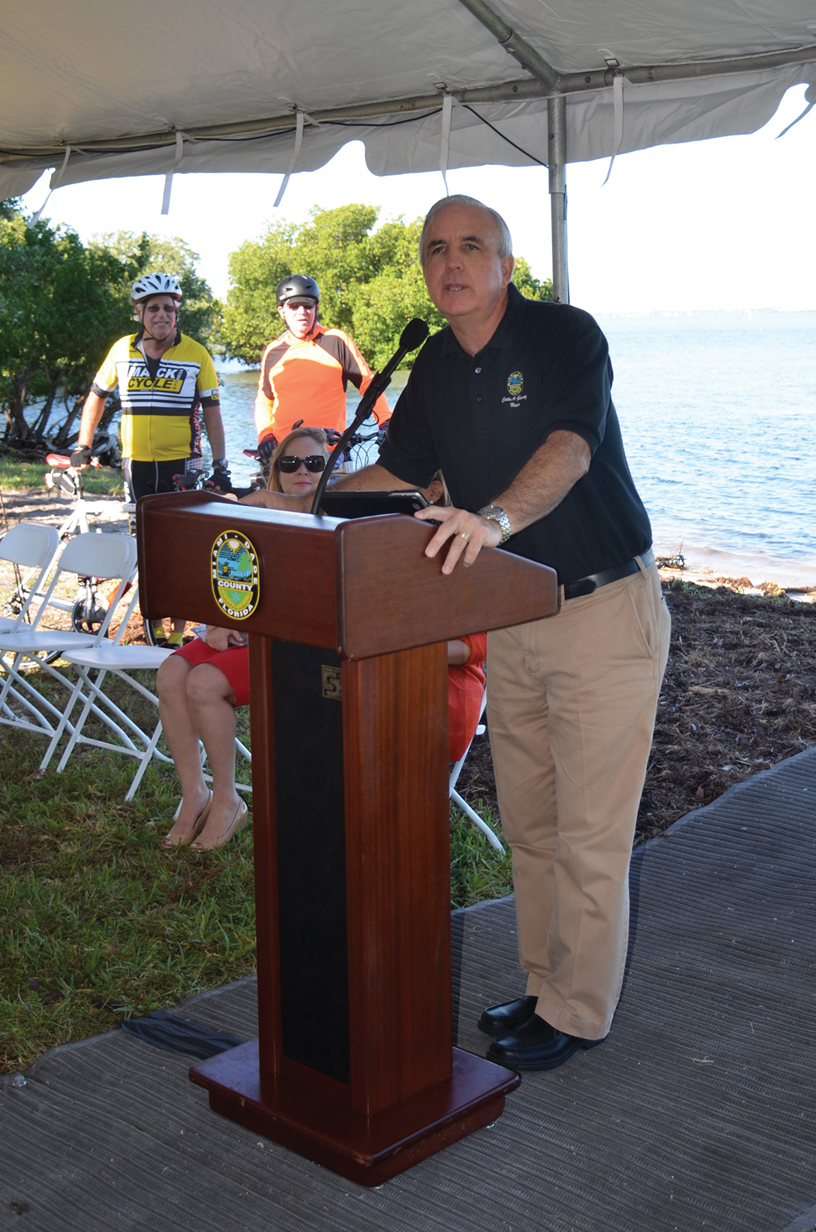 In his remarks, a beaming Mayor Gimenez thanked the various county departments and contractor, acknowledged the cooperation of the Village of Key Biscayne and the City of Miami and noted “today, a year and $35 million later, we have these two improved bridges with amenities that we can all be very proud of.”

An avid cyclist for many years, Gimenez’ s administration has taken proactive steps over several years to improve cyclist and pedestrian safety along the Rickenbacker Causeway with an investment of some $5.3 million.  “The safety of all users of the causeway and surrounding areas is a top priority for my administration,” noted the Mayor.