Publisher’s Note: In our October/November 2014 issue, we published the first installment, Caribbean Rum.  In this issue, writer John Sotham takes us Near & Far in the exploration of the sugar cane libation.   From Miami to the Keys and to Asia, Africa and more….

We’d like to hear from you about your rum adventures.  – jes

Years ago, my good friend Mark and I gingerly poured two drinks from a plastic bottle he’d brought back from an international trip. The label looked like it had been done on a color copier, and there was a hand-written sticker on the neck that announced a price of “1750,” of what denomination we could only guess. The label said “rhum,” but we were skeptical. Bracing for sudden blindness, nausea, or just the discomfort of harsh rotgut, we tipped our glasses. To our amazement, we found a rich taste, smooth finish, and the rum enhanced a pleasant evening of conversation.

The bottle was that of Megore, distilled in Cameroon, which sits squarely in the juncture of central and northern Africa, bordered by Chad, Nigeria, and the Central African Republic. Megore won’t bring many Google hits, but after a few creative searches, I found Peter’s Rum Labels, sponsored by a rum enthusiast and label collector from the Czech Republic. Peter’s tells me the spirit is distilled in Mbandjock, in the central province of Cameroon, and has been in production since 1989. It’s distributed only within the country, save the occasional bottle that finds its way into a traveler’s bag. 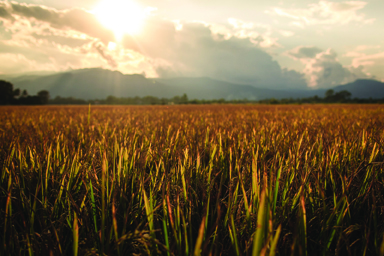 The essential element of rum production–sugar cane–grows happily in any tropical climate. Trace a globe half an inch above and below the equator: You’ll touch Africa, of course, and then the vast continent of Asia. Continue ’round, and you’ll find yourself back in the familiar blue-green waters of the Caribbean, and our own South Florida. All along the way, thousands of rum brands flourish, scarcely known except to the locals. For most of us who associate rum with a smooth sipper onshore or a more mixable brand fueling a sand-bar party, we think we have a lock on swaying palms. But in reality, the rum culture exists worldwide.

The essential element of rum production–sugar cane–grows happily in any tropical climate. Trace a globe half an inch above and below the equator: You’ll touch Africa, of course, and then the vast continent of Asia. Continue ’round, and you’ll find yourself back in the familiar blue-green waters of the Caribbean, and our own South Florida. All along the way, thousands of rum brands flourish, scarcely known except to the locals. For most of us who associate rum with a smooth sipper onshore or a more mixable brand fueling a sand-bar party, we think we have a lock on swaying palms. But in reality, the rum culture exists worldwide.

Bacardi and its excellent rums are the world’s most popular, but only a few percentage points behind is Philippines-based Tanduay, in production since 1854. Despite that commanding market share, Tanduay, and other Asian rums, are little known outside the continent. That’s ironic, since there is much evidence that Asia is truly the birthplace of rum. Tanduay lays claim to the original stock of sugar cane, which was referred to as a “honey bearing reed” as early as 6,000 B.C. By 4,000 B.C, sugar cane was being grown in the Philippines, with its perfectly suitable tropical climate.

Scotch is from Scotland. Bourbon is uniquely–and by law–from Kentucky. And unlike rum, which is treasured for limitless tastes, a fine, and some would say soulless, vodka is treasured for a lack of taste. Rum enthusiasts have a much wider palette: whether you favor an African, Asian, Caribbean, or local brand you’ve never experienced before, you can sample a wide palette of offerings. But, you may have to search a little harder, since even in this haven of rum, finding labels outside the Caribbean might be a challenge.

But they’re there, if you know what to ask for. Goslings, a world-renowned rum from Bermuda, is a wonderful dark spirit perhaps best known for being the center of a dark-and-stormy, which is a mix with ginger beer. Bermuda, at about the same latitude as sometimes chilly Cape Hatteras, North Carolina, is a tropical oasis warmed by the waters of the gulf stream. Goslings is widely available in better liquor stores, as well as in the fine bars and restaurants of South Miami.

“You cannot spend time on Bermuda without drinking a Gosling’s Fizz,” says John Janette, general manager of TOWN Kitchen & Bar. “The original factory/store is still open for business–about 140 years going. I personally think that countries that produce rum take great pride in their product and strive for perfection. I really believe it is the only liquor that produces a sense of national pride among its people (maybe certain regions of Scotland have a similar sense of pride with their single malt scotch).” Janette encourages travelers to any warm climate to explore local rum offerings. “I was just in Hawaii this week on the island of Maui, which is down to its last rum distillery,” Janette says. “Haleakala Rum Distillery is situated at the base of the Haleakala volcano and the locals say their sugar cane is the best in the world because of the nutrients in the lava rocks. They make five incredible rums, but they are only available for purchase
on the island.”
TOWN also features both gold and silver Tanduay rums. Gold Tanduay is aged seven years, with aromas of caramel and coconut, and silver is aged five years with hints of coconut and custard.

Over at Barceloneta, owner Daniela Rezai features rums that even those familiar with the spirit may not know. “I have two very interesting rums that are quite international in their own way,” she says. “The first is Samaroli–what makes this rum international is that it is produced by an Italian company. The rum is produced in Cuba and casked, then flown to Scotland to age. Aging in the cooler climates of Scotland allows for a cleaner, more elegant rum.” An additional benefit, Rezai suspects, is that this process is a clever way around embargoes on Cuban rum.

Rezai’s second little-known rum is Dos Maderas PX 5+5: “This rum is produced in Guyana and Barbados, where it is barreled respectively in each country for five years,” Rezai says. “After five years, the rum is flown to Jerez, Spain–this city is the center of Spanish sherry. Upon arrival, the rums are blended and casked in barrels that previously held Palo Cortado sherry for two years.” The rum is then aged for a final three years in casks that held Pedro Ximenez, a sweet dessert wine.

“Since each of these three steps are all so different, that’s what makes the rum so complex,” Rezai says. “I personally find the hints of PX the most noticeable.”

Finding unique rums is a passion of Rob Burr, founder of the Miami Rum Renaissance Festival. Burr encourages travelers to become “rum adventurers” wherever they journey. “In Europe, there are vintage, limited edition rums that are all the rage,” he says. “Look off the beaten path.” Burr is particularly excited with the new rums finding their way to trade day at his festival, many without a U.S. presence yet.

And yet, there are many rums already being produced here that even rum enthusiasts may not have heard of. Take a trip down US-1 to Key West, and you’ll find an old brick building a few blocks from Duval Street that houses Pilar, which comes in a unique canteen-shaped bottle that pays homage to Ernest Hemingway’s favorite decanter for his on-the-go concoctions, whether he was covering the Spanish Civil War, hunting big game in Africa, or landing a trophy marlin.

“Papa’s Pilar plans to break ground on a new distillery and experience center (this year),” says Carlton Grooms, director of operations for the distillery. “We’re excited about creating both a destination that will serve as the physical heart and soul of our brand, as well as an asset for the city of Key West.”

And you don’t even have to travel to the Keys to find new labels–rum is being produced downtown, in Miami’s unique Wynwood Design District. Miami Club Rum lays claim to the Magic City’s first distillery. Miami Club first hit shelves in 2012, and has amassed an impressive collection of awards since, including Gold at the San Francisco World Spirits Competition and London Difford’s Guide “Best White Rum” in 2014.

“Miami is our home, and it’s time Miami had her own super-premium rum,” said Matt Malone, CEO of Distileria Caneca, the brand’s parent distiller, when the rum was first made available. “Our products are hand-made from the finest South Florida sugarcane and other natural ingredients.”  So, on your next trip to another warm climate, take the time to experience new rums and their unique stories. You may find a small distillery producing fine rums that never leave the area, and you’ll be experiencing a spirit few others have. Or, if your travel budget is slim, let the rums come to you and spend an afternoon strolling around the Rum Renaissance Festival. Either way, take the time to explore the limitless tastes of this complex libation.