You are at:Home»Topics»Fashion»SPRING FASHION’S THE AMERICAN PASSION
By Giancarlo on February 7, 2018 Fashion, FEBRUARY/MARCH 2018, Topics, Volume XIII 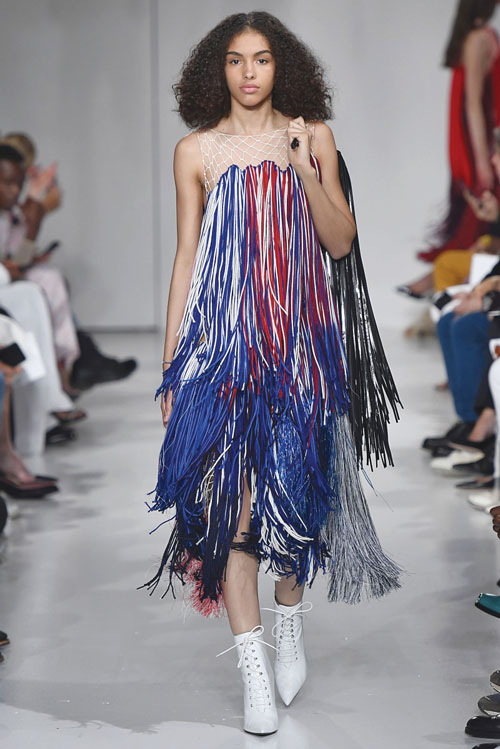 Coming into spring 2018 we stake claim over our beloved country and what it stands for. We follow the ever growing conquest of patriotism, equality, and self-expression in a stylistic manner. The designers have spoken, and spring 2018 is dedicated to our great nation in the most poignant and positive ways we’ve seen in decades.

Nothing says American fashion quite like a classic pair of blue jeans.  Since the late 1850s, the concept of denim work pants has become popularized by the men of the working class; today we’ve come to see denim as a casual garment worn with basically anything and easily paired with everything. This spring, we spotted numerous elegant denim ensembles turning up on the runways of Alexander McQueen, Mugler and Tom Ford. The famous “Texas Tuxedo” has made its comeback and not just in menswear-inspired looks, but in beautifully fit feminine silhouettes, skirts and trousers. Following suit to what was originally created for a male-driven work force of cowboys, lumberjacks and railroad workers, this season’s denim looks filled the feminine spectrum with beautiful ruffles and fine darted tailoring.

The classic plain white T-shirt and its skimpier sister reclaimed their place on the runway, as the crisp ribbed neckline and tank top got its much-needed rebirth this season. The two were seen in chic pairings under sheer blouses and tops at Miu Miu, as well as silk-screened decorative motifs at Alexander Wang and Calvin Klein. 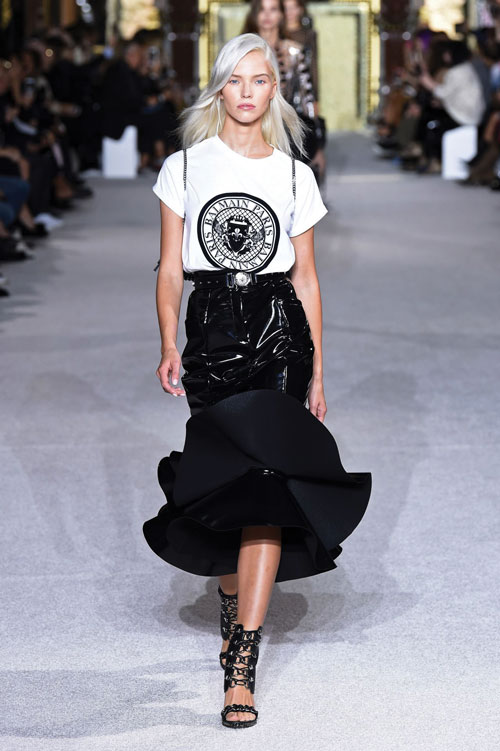 Ideally the looks that caught the most attention were simplistic pairings like the ones seen at The Row and Zadig & Voltaire. Speaking for those who agree, nothing feels more comfortable than a crisp plain white T-shirt or a well-fit tank top.

As nostalgic the looks may feel in what we’ve come to recognize as the season of “Americana,” the fashion scene wouldn’t feel complete without paying homage to our stars and stripes. Influential brands like Gucci and Calvin Klein are leading the pack with fun pieces that can be as casual or cocktail as you can make them. Others, like Monse, 3.1 Phillip Lim, and Raf Simons, depicted the American dream in a more playful manner, with fun fringe numbers and chicly styled tops and skirts, as well as similarly accessorized shoes and jackets.

As we welcome a new year we also welcome new beginnings, and as we wipe the proverbial slate clean, we start off the year by filling in the most important dates in our newly acquired calendar with our most sought after resolutions and upcoming events. The right way to do so is to dress the part and stand up for what your beliefs are, all while doing it the American way, in style! 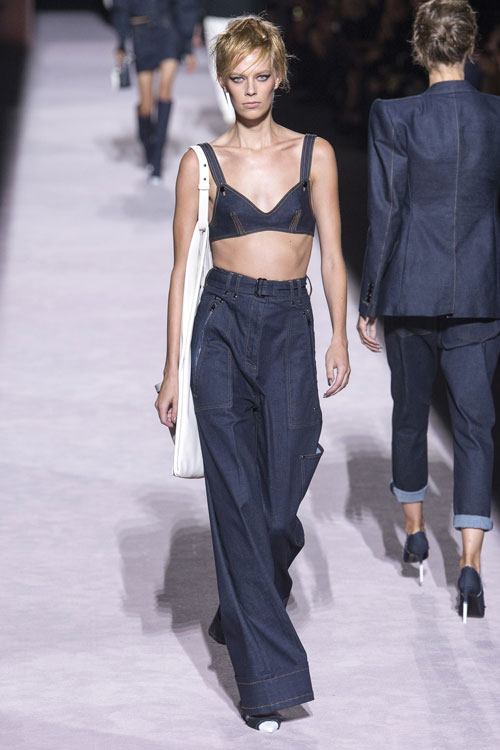 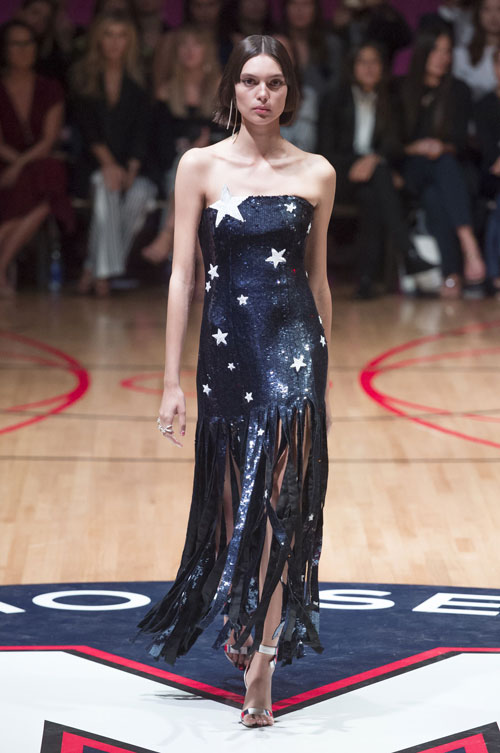 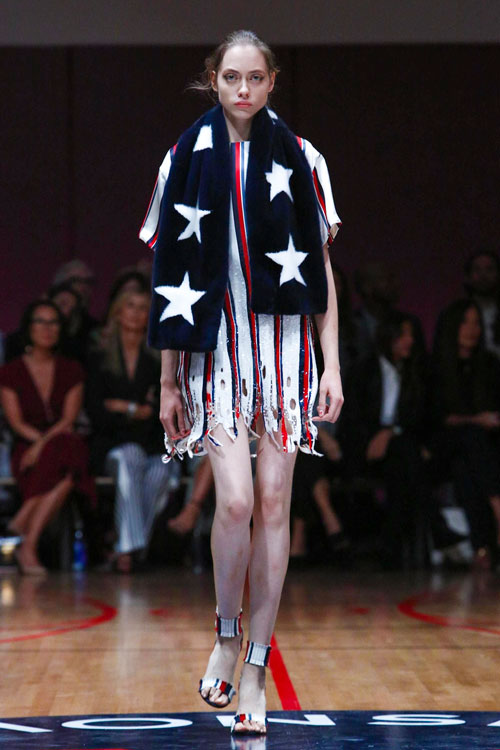 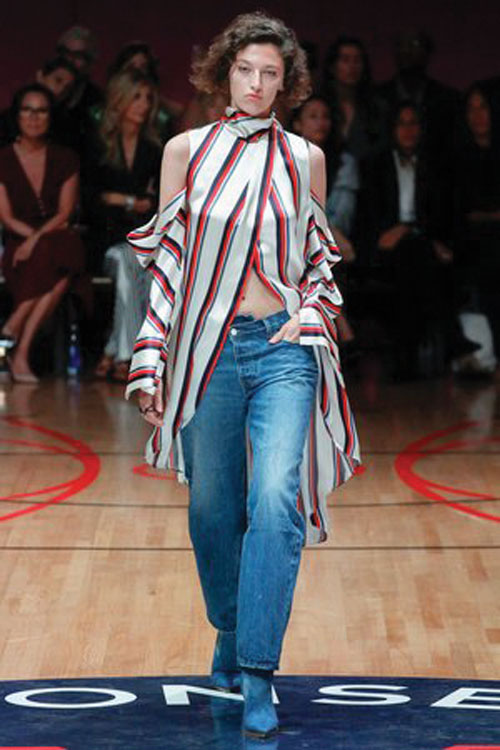 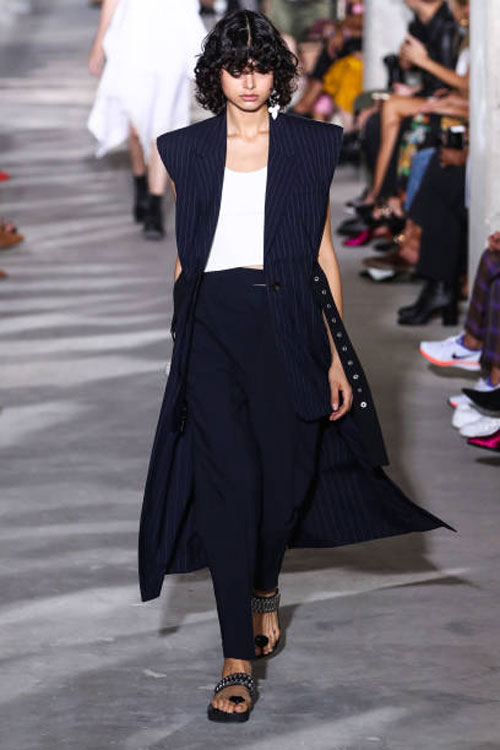 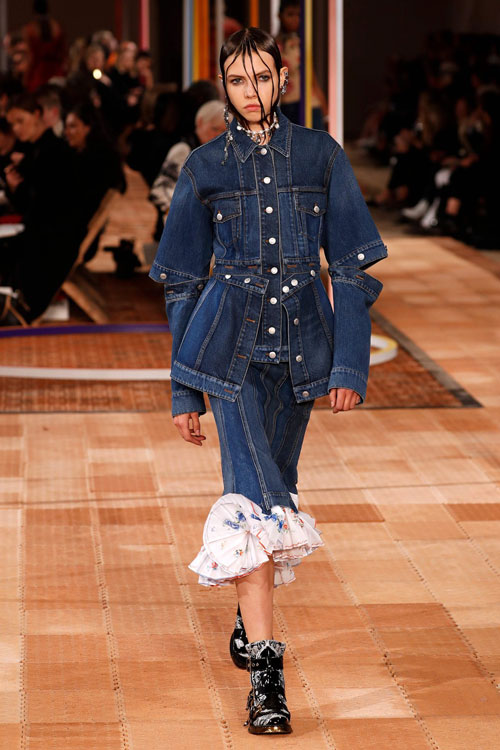 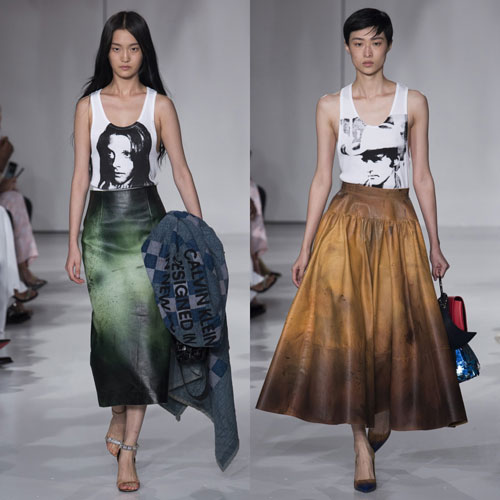