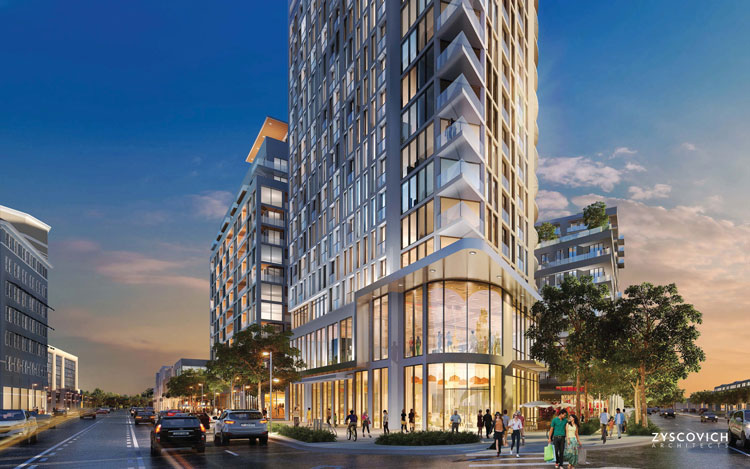 It’s now been two years since investors purchased Sunset Place from Simon Properties for $110 million in late 2015, that final plans are now being formally reviewed by the South Miami City Commission. Over the course of these two years, the new ownership team comprised of Federal Realty Investment Trust, Grass River Property, and the Comras Company, were busily engaged with the business and community leadership in presenting a revitalization plan for the nearly nine acre property. 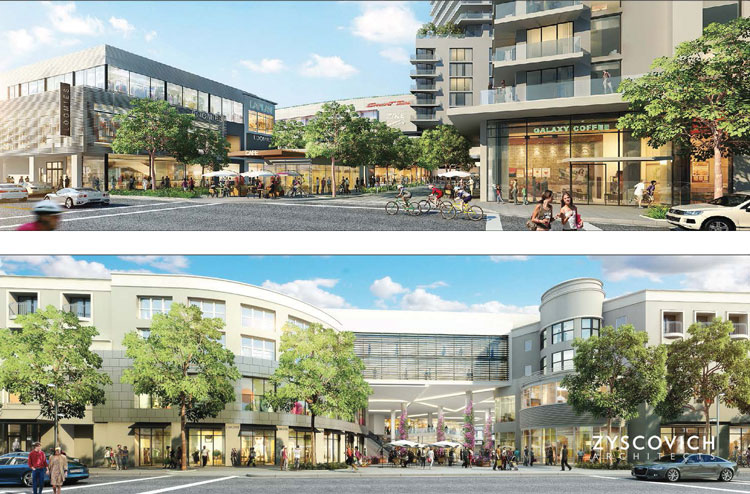 The prime parcel at the entrance to our city and the SOMI’s shopping and dining district was site of the Holsum Bakery for many years in the early days of South Miami.  After Holsum moved, the Bakery Centre was built in the mid-1980s, which proved problematic from the outset (see article in this issue, page 31). In late 1999 came The Shops at Sunset Place, which over the course of its life has demonstrably shown to be a lackluster mall.  A key flaw is Sunset Place faces inward and does not integrate with the surrounding community. 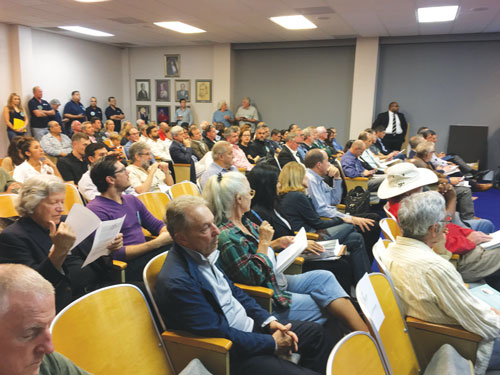 The assembled team of developers, urbanists, architects and engineers has deep experience giving flawed centers second lives as thriving retail, residential and entertainment destinations.  The new Sunset Place would be transformed into a walkable urban center where people can live, shop, eat, gather, and conveniently commute to work on the Metrorail.  Plans call for newly designed street-level retail and two residential buildings comprising some 414 units, and a “gateway entrance” hotel with 182-rooms.

“By introducing new residences and a hotel, new public amenities, new green spaces for area residents, and access points for guests arriving by foot, bike, train or car, this new master plan will focus on re-connecting and integrating South Miami with Sunset Place,” noted architect Bernard Zyscovich, “The result will be a commercial and residential anchor that creates a vibrant streetscape and desirable destination for locals and visitors.” 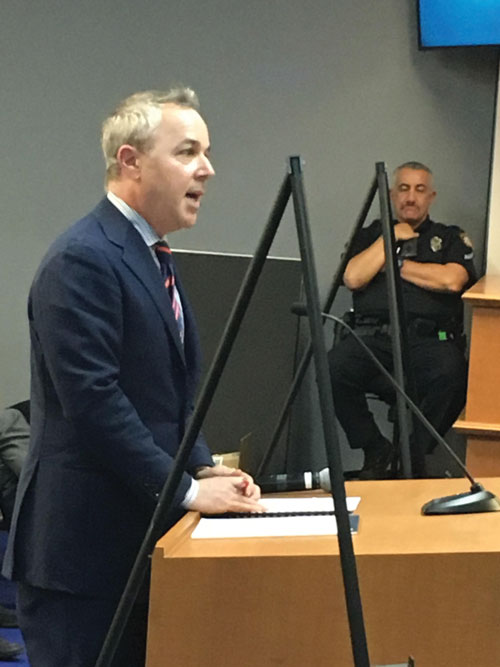 The addition of residential and hotel uses will provide a significant and sustained economic benefit to SOMI’s town center shopping and restaurant district by creating a consumer base within walking distance to the area’s existing businesses.

On the drawing boards is a thorough program of façade improvements and the introduction of exterior facing storefronts designed to increase the center’s connectivity with the surrounding neighborhood.

Overall this revitalization effort will translate to a significant tax boast for the city’s budget allowing for great services and parks improvement without increasing residential taxes.

Project renderings were publically unveiled for the community to see in mid-November 2016.  Members of the local business community were invited to a BBQ lunch, where members of the ownership and design teams discussed the project with members of the community.  This was the first of many meetings held with business, civic and neighborhood groups over the ensuing months.

Given the scope of the proposed re-development, the City retained the services of land development consultants Calvin, Giordano & Associates to review the proposed plans.  The Ft. Lauderdale firm specializes in multidisciplinary engineering, land planning, government regulatory compliance, and data technologies. 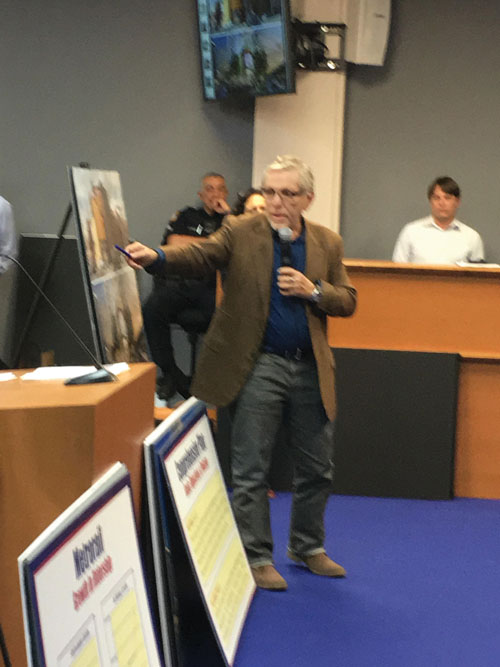 Over the course of the ensuring months, the process of reviews and comments were made by the consultants for response by the development team for final submission.

Final plans were received by the City and the formal process of review was initiated. 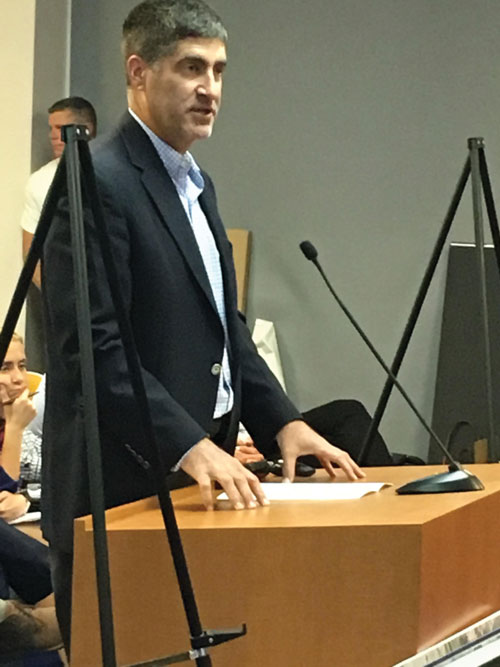 Several requests of the City were made in order to effectuate the re-development of the existing shopping center into a mixed-use project on the 9.68 acre site. These requests articulated into five separate ordinances amending the City of South Miami Comprehensive Plan, approving the creation of a new”Downtown SoMi” land use category, amending heights (to 195 feet), detailing new permitted use schedules, landscaping among other administrative matters, and a resolution approving a recuing for Site Plan approval.

On October 26, 2017, the plans with accompanying ordinances were presented to the city’s Planning Board.  A SRO audience comprised mostly of area business owners were in attendance and there was a line of speakers generally in favor of the project.  Some residents stated objections included height, traffic concerns and affordable housing.  Ultimately after several hours, the Planning Board voted in favor with one dissenting vote.

The Planning Board’s recommendations were then conveyed for action of the City Commission, which consists of five members.  In a Special Meeting on November 6, 2017, again with a packed City Commission Chambers, the plans and ordinances were presented.  Speakers were allowed one minute each to address the Commission.

Ordinances require two public hearings.  Upon first reading of the proposed first request and enabling ordinance, objections were raised by three of the commissioners for different reasons, and the ordinance failed, 3-2.  This had a domino effect on hearing the remaining four ordinances as they were conditioned by the first.  The developers who are ready to expend an additional $200 million for this project left stunned, and the future commitment to the project left in limbo.

On November 21, 2017, the items were procedurally brought back for City Commission action, with the commission voting to defer the items for up to sixty days.  This effectively allows the city to further discuss the project in public workshops.  (Video of the Planning Board meeting and the two City Commission meetings are available online at .)

It has been noted by the developers that in order to make the interior and façade changes to the existing structures from San Remo to Sunset Drive (Phase One), funding was determined to be generated by the construction of the three cornerstone elements of the hotel and two residential structures (Phase Two).  Economics dictated the need for the scope of the project as presented.

The next sixty days will determine how much give and take would be negotiated.  And while approval of the enabling ordinances and resolution requires only a simple majority of the five member commission, the implementation of these would require an absolute majority vote of five.