Team members enjoyed food and drink while doing battle on the tables.  Food was sponsored by Brother Jimmy’s BBQ, Buffalo Wild Wings, Buttercream and Edible Arrangements.  Blue Martini provided drinks inside, while Buffalo Wild Wings tapped a keg outside.  Players enjoyed complementary cigars which were enjoyed out on the deck. 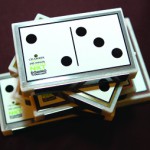 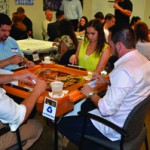 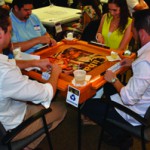 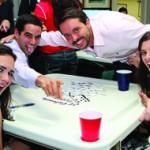 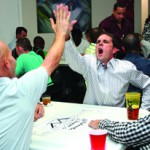 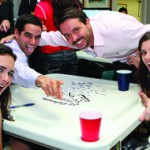 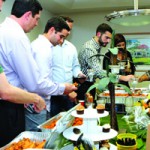 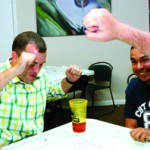 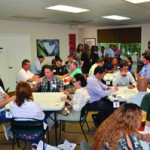 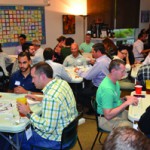 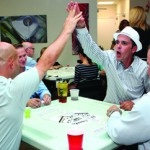 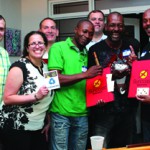 Joe Gallaher, Arelis Ferro, Rene Gomez , the gentleman in the green shirt is: Ron Lewis. Next to him is: Errol Grant. Next to him is Omar Gordon (their leader and Miami Dade Lieutenant fire fighter.) in the background is our sponsor Mariano Martinez of City National Bank