RECIPES OF SIGNATURE DISHES
PREPARED BY OUR AREA CHEFS. 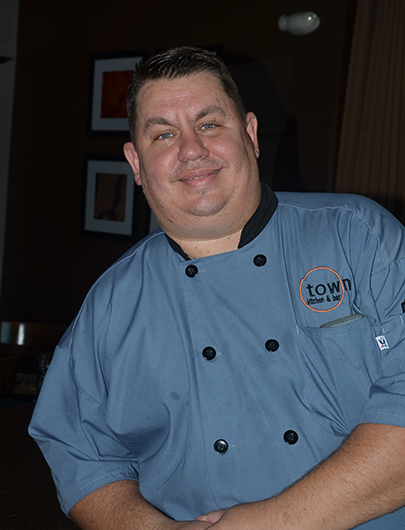 FACTS Trevor Simon has been intermittently working with Executive Chef Michael Altman and TOWN Kitchen+Bar for over 10 years.  He started with Chef Michael as a line cook and quickly moved up the ranks and became Sous Chef.  In March 2017, Trevor became Chef de Cuisine of Town Kitchen+Bar when the owners opened their sister restaurant HOUSE Kitchen+Bar in Coral Gables. 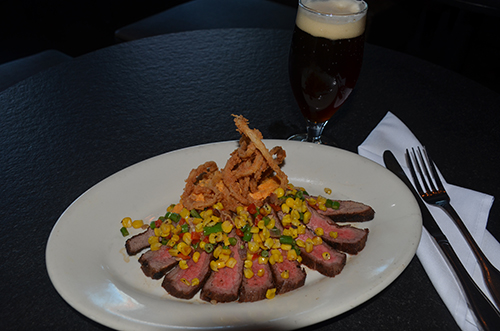 While still hot, peel the sweet potato and smash with a fork or potato smasher until no longer chunky.  Add butter and mix with a whip until melted. Add heavy cream and mix with whip. Add brown sugar and vanilla. Stir to incorporate. Season

While sweet potato is cooking in oven, grill the corn, constantly turning, until evenly charred. About 8 minutes.

Let the corn cool and with a knife cut off the corn kernels. Discard cobb.

In a medium sauce pan, render bacon until crispy and drain fat. About 4-5 minutes

Slice steak over mashed potatoes and top with corn succotash