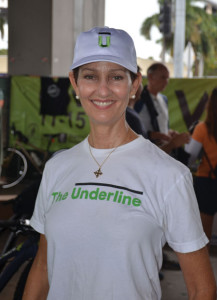 THE UNDERLINE IS THE NAME GIVEN TO THE PROJECT TO CREATE A 10-MILE URBAN TRAIL AND LINEAR PARK FROM THE MIAMI RIVER TO DADELAND SOUTH.

Friends of The Underline a 501(c)(3) non-profit advocating to transform the underutilized land below Miami’s Metrorail into a 10-mile linear park, urban trail and canvas for artistic expression are gear up fpr a busy year full of fun activities and events to keep the community exciting about the future Underline. 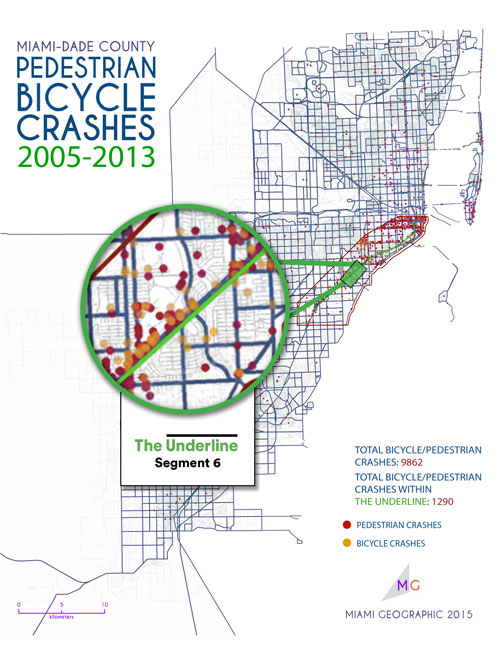 When completed, The Underline will enhance safety for pedestrians, bicyclists and car drivers.  By separating biking and walking trails and the improvement of 36 crossings, 29 of which run adjacent to US1, conflicts will be reduced, improving safety and encouraging use of the facility.

Overcoming Safety Barriers to Pedestrian & Bicycle Connections to Transit Between 2005 and 2014, a total of 46,149 people were struck and killed by cars while walking in the U.S. (Dangerous by Design 2016, prepared by Smart Growth America and National Complete Streets Coalition). In 2014, the most recent year for which data are available, 4,884 people were killed by a car while walking—105 more than 2013. On average thirteen people were struck and killed by a car while walking every day in 2014. Moreover, between 2005 and 2014, Americans were 7.2 times more likely to die as a pedestrian than from a
natural disaster. 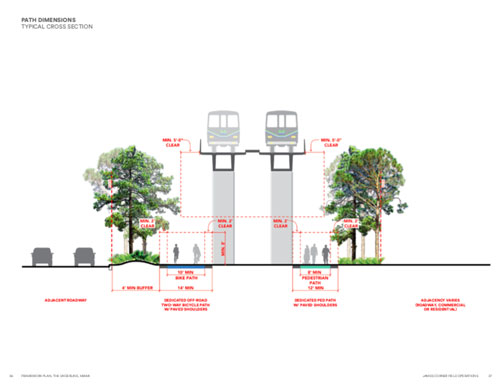 In Miami, users face the same challenges – Miami is the 11th most dangerous place to walk in the country while the number of bicyclist injuries in Miami-Dade County has more than doubled since 2006. Together, bicyclists and pedestrians account for over one-third of all traffic deaths in Miami-Dade. (See Safer People, Safer Streets Local Action Plan, An Initiative of the USDOT Mayor’s Challenge for creating Safer People, Safer Streets).

According to Federal Transit Administration Report No. 0111, Manual on Pedestrian and Bicycle Connections to Transit*, August 2017, walking and biking are integral to public transit ridership. For 85% of transit trips recorded in 2009, the first mode of access to get to transit was walking and 83% of riders walked as their last mode to get to their final destination. Nearly one in six walking trips in the U.S. is made to access transit. One out of every one-hundred transit trips involves a bicycle to get to or from the stop or station; though, with rates of bicycling in urban areas, this number grows daily. 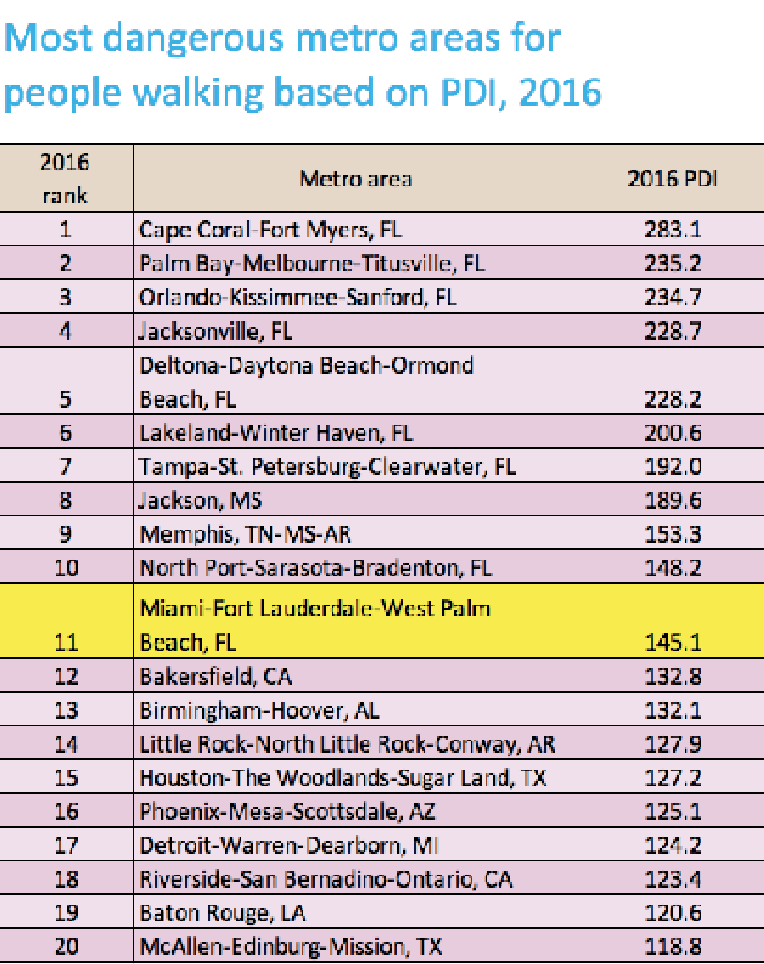 Safety concerns are a barrier to people walking, biking and taking mass transit as an alternative to driving. Between 2003 and 2013 there were 9,862 total bicycle and pedestrian crashes in Miami-Dade County.  There were 1,290 bicycle and pedestrian crashes within one mile of the future Underline during the same timeframe representing over 13% of all countywide bicycle pedestrian accidents. (See infographic Miami Geographic 2015).

Eight of The Underline’s ten miles of off-road trails run below Metrorail and alongside U.S.1 with a four foot separated buffer. U.S.1 has traffic volumes ranging between 77,000 and 93,000 motor vehicles per day between North Dadeland and Vizcaya stations. Overall, U.S.1 has a crash score above the state and district average. A number of roadways in the corridor were identified as “high stress” connections in the State of the Trails Miami report exhibit in The Underline Health Impact Assessment limiting the use of the corridor. 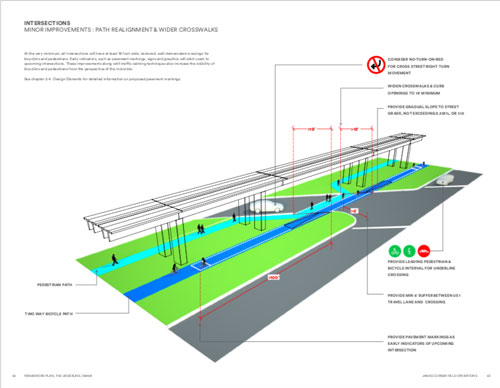 To improve pedestrian and bicyclist safety, The Underline proposes modifications, such as: