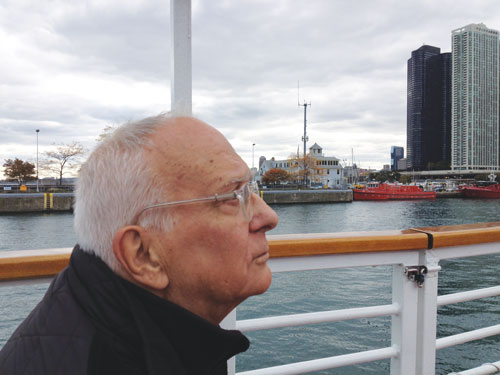 Arguably one of Miami’s most revered leaders, Parker passed away on November 3, 2017 after complications with a heart procedure at the age of 85.  A 58-year Coral Gables resident and acclaimed Princeton and Harvard-educated litigator with expertise in complex constitutional matters, he led groundbreaking first amendment, environmental, mental health, and justice system cases. He argued three times before the U.S. Supreme Court and over sixty times before the Florida Supreme Court.  He eased the load of public defenders to better represent their clients.  He protected the Everglades and interstate water. 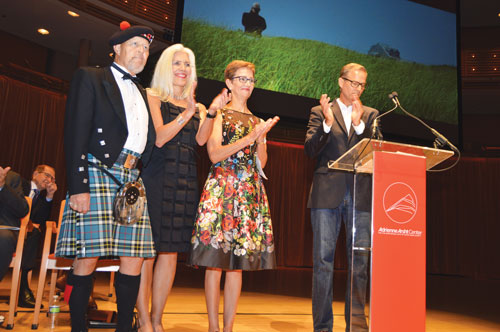 He was a public servant who devoted hundreds of thousands of pro bono hours to create the world-class Adrienne Arsht Center for the Performing Arts.  As Hogan Lovells partner and mentee Carol Licko said, “Parker had two full time jobs. He was a full time attorney and a full time philanthropist.” Adrienne Arsht Center president and CEO John Richards said, “How apt that we are having Parker’s Celebration of Life at the Arsht Center in the Knight Concert Hall. Parker was passionate about the hall’s perfect acoustics and loved that performances could be held without amplification so everyone was sitting in the best seat in the house.”

He partnered with me on The Underline 10-mile linear park and trail below Metrorail. He established the County’s Cultural Affairs Council, and was a founding board member of Miami Music Project.  He spearheaded the Collins Center, a think tank on public policy. After son Sayres was born seriously disabled, he and wife Vann were leaders at the Mental Health Association and established handicap access standards for Florida.  The man was larger than life, a visionary, an inspiration, a teacher, tenacious, curious, and he loved people. 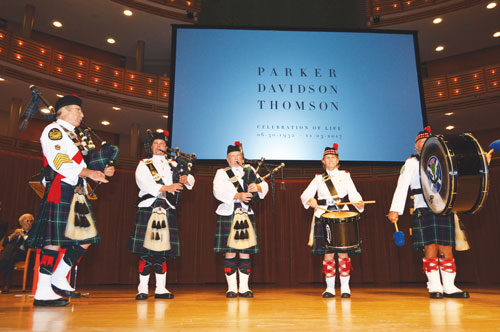 Honoring his family’s Scottish heritage, there was a performance by the Saint Andrews Pipe Band.  There were also performances by students from Miami Music Project (MMP) which uses music as an instrument for social transformation, empowering children to acquire values and achieve their full potential. MMP founder James Judd announced a conducting scholarship in Parker’s name for one MMP student per year.

Parker touched so many lives in profound and quiet ways.  Former law partner and friend Richard Razook shared that Parker would visit his mother in Palm Beach, “just to check in” and never told him.  Long-time friend and Arsht Center collaborator Stu Blumberg said, “Parker needed someone to lead a contract negotiation, he picked me.  Parker needed someone to lead the search committee for the Center’s Executive Director.  He picked me.  Parker picked me because he knew I was tough.  But I don’t think I am tough enough to get over the loss of my good friend and mentor.”

The family put together a beautiful slide show, from infancy to later in life that showed the many chapters of Parker’s life…. His 62-year love story with wife Vann (son Peter called his parents the Twin Towers of the family, arguing court cases, fishing, swimming and smiling with his children and grandchildren, hanging with family and friends, mountain-climbing and sailing expeditions, worldwide travel, celebrating the opening of the Arsht Center, hugging dogs, tackling a daily New York Times crossword puzzle and thinking, always thinking of how to make Miami a better place for the community.

Son Peter Thomson closed the ceremony with a rally cry ensuring Parker’s legacy continues after death.
“Every time there is a performance at The Arsht Center, HE LIVES ON.
Every time a student plays an instrument with Miami Music Project,
HE LIVES ON.
And, when The Underline is built, HE LIVES ON.”

Parker will be missed, for his leadership, integrity, honesty and selfless service to others.  He will live on through his last project, The Underline, which will begin construction next year.

To share a story about Parker, please email .  To make a donation his honor, please visit who is creating an endowment in his name. 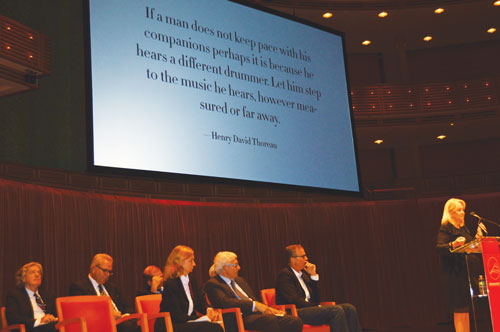 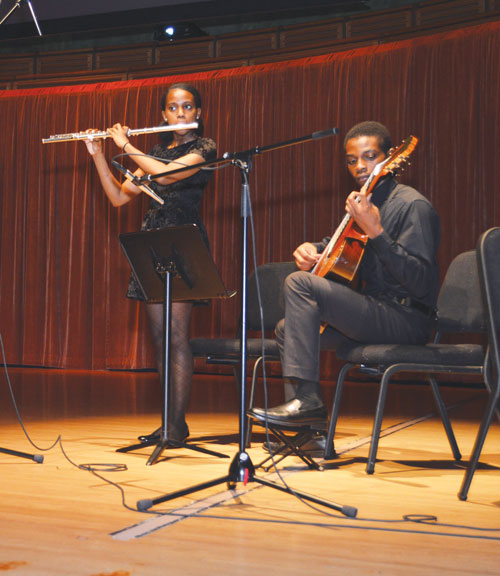