The Underline is the name given to a project to create a 10-mile urban trail and linear park from the Miami River to Dadeland South.

ENGAGING THE PUBLIC
Since last Fall, organizers have been hosting public events to involve the public in the process, beginning with a free exhibit at HISTORY MIAMI called “The Underline: Make It Yours” where visitors provided suggestions and comments.

Through a competitive process with 19 teams applying, the New York firm of  James Corner Field Operations was selected to prepare the master plan design.

In March, a two-month interactive exhibit at Coral Gables Museum was held.  Online surveys were posted and distributed at the museum and many public events including “Bike 305 Connecting Communities” event where volunteers were stationed at Brickell, UM and South Miami stations.

Thereafter, in April, three public meetings were held at locations along the US1 corridor: at University of Miami’s School of Architecture, at the Vizcaya Village and at the Miami Public Library.  In all, some 300 persons attended the planning workshops, providing valuable information for the design team.

From March to May 15th, over 600 surveys were collected.  The results of those surveys have been compiled and shared with the design team.

The Underline project will restore the under-utilized land that runs below the Metrorail from the Miami River to Pinecrest. The Underline will become an essential new mobility corridor integrating public transit, vehicles, cyclists and pedestrians. It will offer a mix of new green space, revitalized natural habitats, and to quote the Friends of The Underline, “A 10-mile canvas for artistic expression.”

SURVEY RESULTS
Survey highlights: regarding usage, 78% of responders said they would use The Underline for a leisurely bike ride, 68% for a walk and 62% for Farmers Market.  Regarding trail amenities, 85% of responders want lighting, 83% want separated trails for pedestrians and bicyclists and 72% want water fountains.

Regarding landscaping, 90% of responders
want shade trees and 73% would like native plants used.
For additional survey results go to: 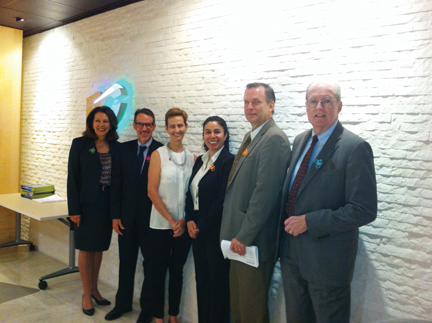 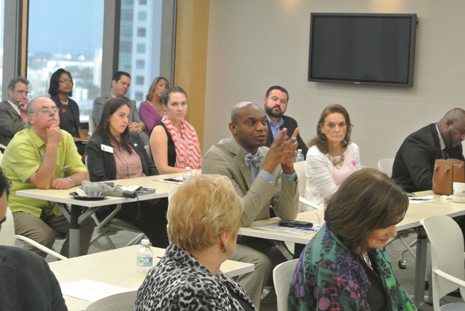 Among other civic organizations meetings, The Beacon Council at its Access Breakfast hosted a discussion of The Underline as “Miami’s Next Big Idea.” Panelists discussed the economic impact of the project and improving bicyclist and pedestrian safety.