You are at:Home»Topics»News»In The News»THE UNDERLINE
By SOMI Magazine Publisher on December 3, 2015 In The News, Topics

The Underline is the name given to THE project to create a 10-mile urban trail and linear park from the Miami River to Dadeland South.

On Monday, November 9th the culmination of a series of public meetings, workshops, cycling events and planning with participating state, county, municipal, and private entities was realized with the presentation of The Underline Framework Plan & Demonstration Projects to a SRO enthusiastic audience.  Held at the University of Miami’s School of Architecture Glasgow Hall, there were so many interested parties attending that the proceedings were also broadcast to a staged seating area outside the building. 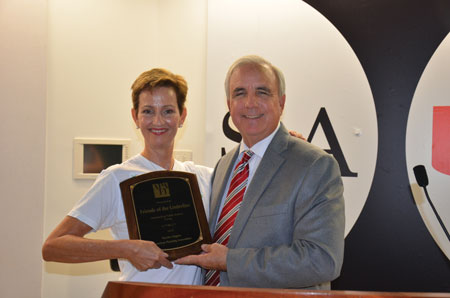 At the start of the program, Miami Dade County Mayor Carlos A. Gimenez presented a plaque by the American Planning Association, Florida Chapter to Meg Daly, founder & President of The Friends of The Underline, naming the organization as an “Outstanding Public Interest Group.” (Photo left)

Local mayors spoke of the benefit of The Underline to their respective communities. The ten mile urban trail and linear park can be the central spine in a network of regional trails. A native habitat corridor inspired
by the South Florida region, a link between neighborhoods. An alternative mode of transportation, and an economic generator.

The Underline will be a multi-modal corridor with dedicated paths for cyclists and pedestrians.  The plan calls for improving all intersections with minor, medium and major improvements.  The planting habitat is developed in collaboration with Fairchild Tropical Botanic Garden.  Of the ten miles, 70% (7 miles) are recreation and nature, with 30% (3 miles) being destinations.

The presentation also focused on two Demonstration Projects: the Brickell Backyard and the University Colonnade, both organized in thematic “rooms.”  Brickell Backyard begins at the Miami River, northernmost terminus of the trail and includes eight distinct areas and uses from the Miami River to SW 17th Road.
The University Colonnade envisions a redesign of the existing parking so that no parking spaces are lost but redistributed to create distinct parking and park spaces. This project features five distinct areas and uses.

BUILDING THE UNDERLINE
The first phase planned is Brickell Backyard.  $5million for construction has been raised: Miami-Dade County $3million; City of Miami $1million; FDOT $1million.  Shovel in the ground is planned for late 2016.

There are five additional phases of The Underline, expected completion by 2022, with a total cost of Trail, $80+million; Intersections, $20+million; Destination Parks, $20 million. It is anticipated that $80 million public funds with $40 million private funds is needed to be raised.

To find out how you can help The Underline, go to . 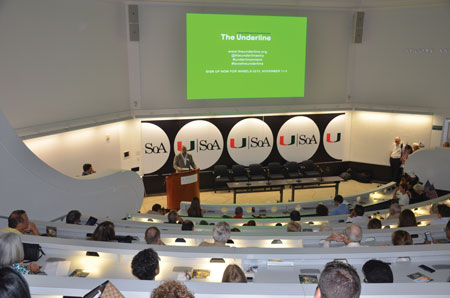 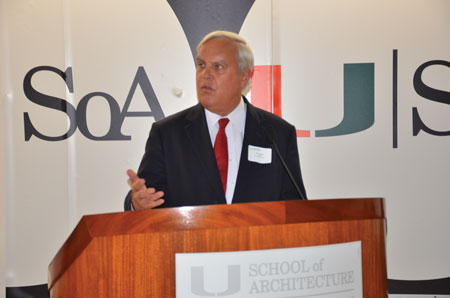 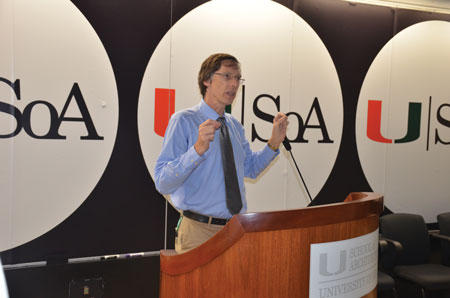 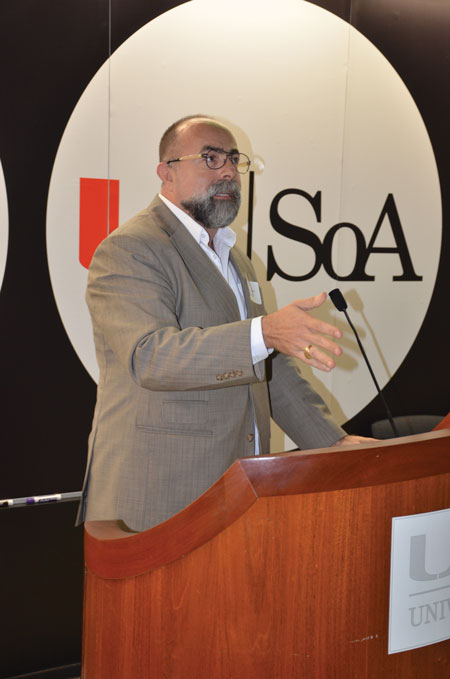 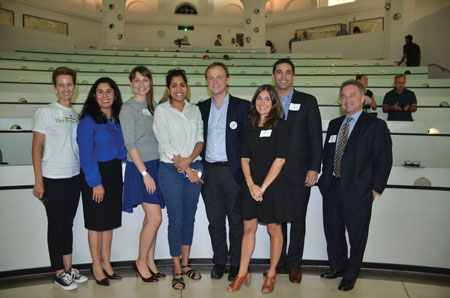