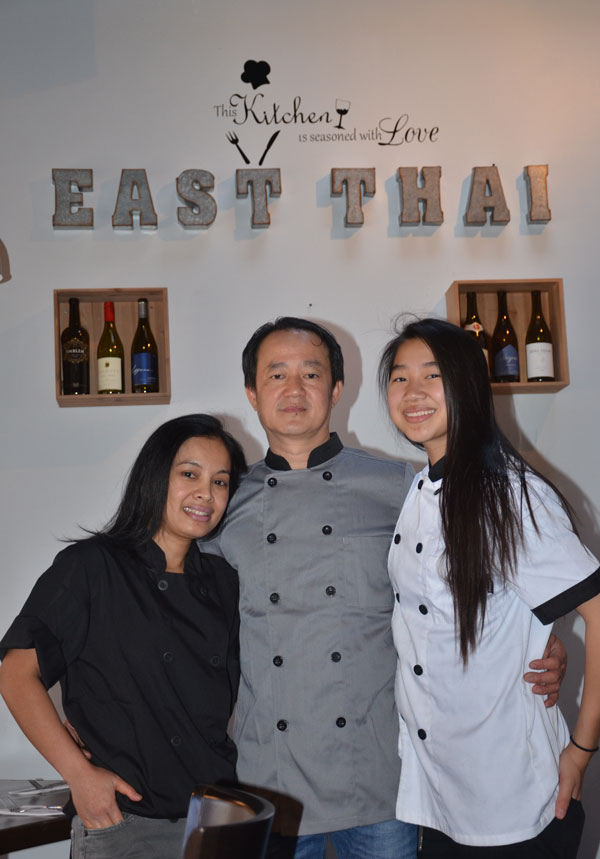 EAST THAI & NOODLES
With a traditional Buddhist blessing held a week prior to their opening in February, a void in the international cuisine choices in SOMI has now been filled with EAST Thai & Noodles.

Origin Asian Bistro, which included more of a fusion cuisine with sushi offerings, preceded EAST for many years here in South Miami until they moved to their Key Biscayne restaurant.

EAST Thai & Noodles chef/ownerTommy Zoobharasee has been in the hospitality industry for some thirty years and was manager of the Origin Asian Bistro on Key Biscayne.  He is related to the owners of Origin, and for the past three years has operated EAST restaurant at 8384 Bird Road. 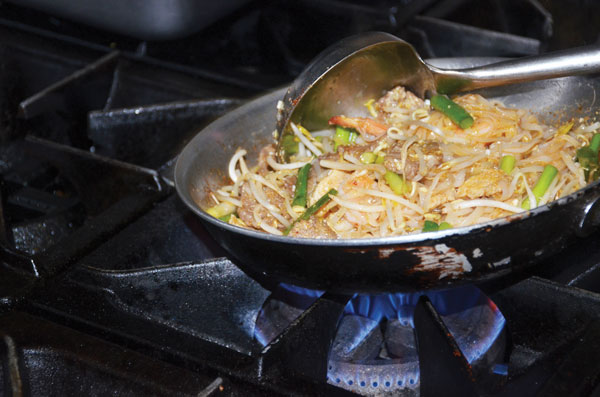 Thai food is internationally famous.  The ideal Thai meal is a harmonious blend of the spicy, the subtle, the sweet and sour, and is meant to be equally satisfying to eye, nose and palate.

The proper Thai meal should consist of a soup, a curry dish with condiments, a dip with accompanying fish and vegetables. A spiced salad may replace the curry dish. The soup can also be spicy, but the curry should be replaced by non-spiced items. There must be a harmony of tastes and textures within individual dishes and the entire meal. 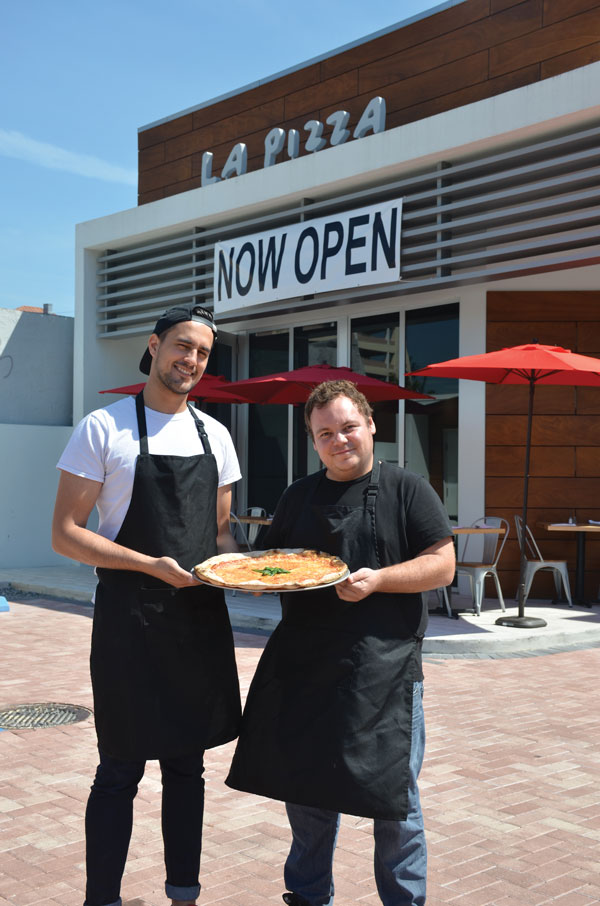 LA PIZZA
It’s all in the crust, whether a 13” Roman or Neapolitan style or a 17” Brooklyn style crust, La Pizza is the place to go in town for a hand-crafted pizza right out of the wood burning oven.

Owner and certified pizza maker is Julian Mus from Nice.  His family has lived in the city of Grasse for the past four hundred years, and are rose producers.  Grasse is in southern Provence , and has had a prospering perfume industry since the end of the 18th century – Grasse is the center of the French perfume industry and is known as la capitale mondiale des parfums.  It produces over two-thirds of France’s natural aromas (for perfume and for food flavourings).

Julian’s family all enjoy cooking, and have both Italian/French, which Julian refers to as “South French Food.”  He received a certification for pizza craftsman in France and cooked in France for the past three years before coming state-side.

The perfection of the pizza is in the dough and the preparation of the dough, which takes three days to make. Each particular crust is baked in the wood oven with the heat regulated for the style of pizza, as for example, the Neapolitan is baked at a high temperature. 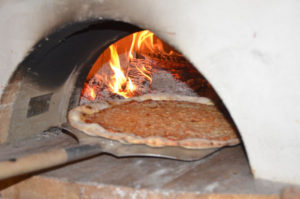 It’s a casual location, one block directly north of Sunset Drive, right off US1, and a great fit for families or UM students.

La Pizza is open seven days and have lunch specials and great daily specials, like a $5 13” pizza on Tuesdays – can’t go wrong with that!!  La Pizza has great fresh salads and sandwiches and an excellent selection of wines and beer.  Buon appetito! 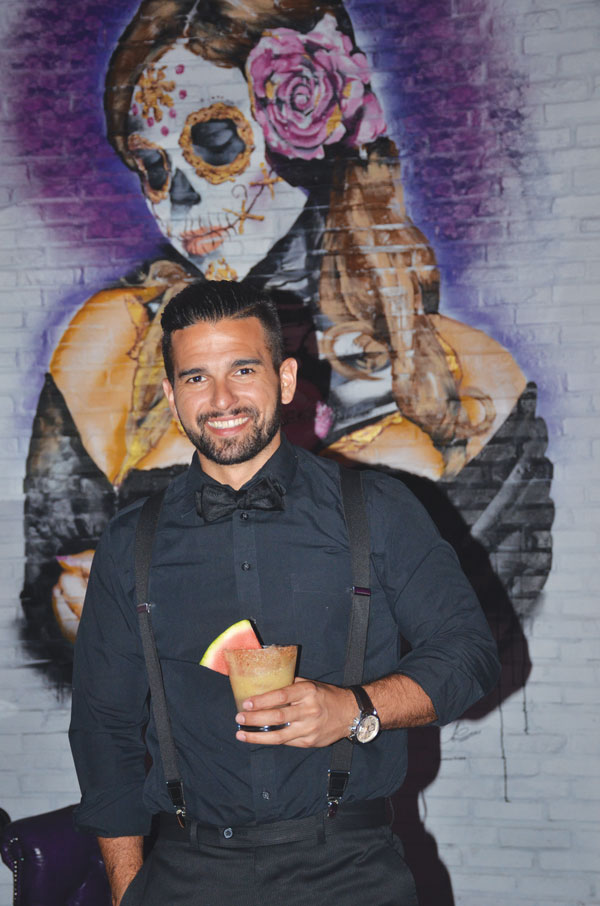 One of the area’s only mezcalerias, this speakeasy-themed bar within the restaurant is another in the win column for JEY Hospitality’s partners Marc Falsetto and Charles Hazlett.

Enter through a concealed door at the rear of the restaurant, and expect to appreciate a bar program which focuses on mezcal, the oldest and finest of Mexican spirits.  More than fifty types of mezcal, a spirit distilled from a mash made from the steamed hearts of various species of agave are available.  Fire-roasting the agave hearts in giant earthen pits before distillation, gives the mescal its trademark smoky flavor.

Unlike the restaurant, which features lime-green accents and colorful wall murals, Mercado Negro instead offers a darker decor, with purple damask wallpaper, wall murals, and a 14-seat concrete bar.  A lounge-style seating area with sofas also give guests a sense of exclusivity and privacy.  Mercado Negro is open Thursday through Saturday. 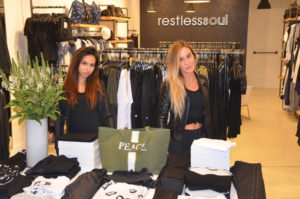 Known for its “refined leisure wear” Restless Soul carries the essentials of a stylish, active and comfortable wardrobe.  The very trendy city color vibe of grey, black, olive and white are found on the racks.  The clothing is fashionable and easily translates from the gym to everyday life. Items include sports bras, leggings, shorts, sweaters, jackets, tees, bags, etc.

Restless Soul carries the most popular and well-known athleisure brands such as Alo Yoga, Koral, Varley, Splits 59 and many more…  They also carry casual clothing, such as soft button down shirts, stylish everyday dresses and shorts.

Restless Soul strives to bring women a selection of sophisticated possibilities curated for women on the go who want to feel stylish and confident.  Restless is active, soul is quiet and the two combine for a great look. 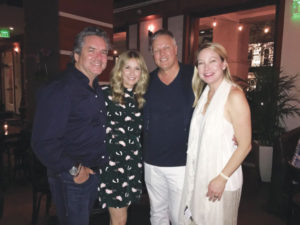 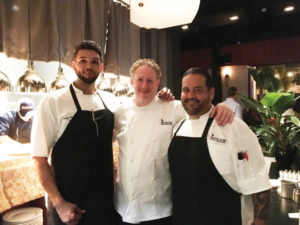 HOUSE offers some of the signature dishes of Town’s menu, with additional options such as rotisserie chicken, oysters and prime aged beef. The restaurant is open seven days for lunch and dinner. 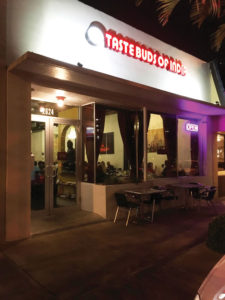 Arvind Kumar has opened yet another Taste Buds of India.  Since opening his SOMI location in September 2016, he has opened two other locations: the first, last year, on Normandy Drive in North Miami and the most recent location
this past month in Coral Gables at 2624 Ponce de Leon Blvd. 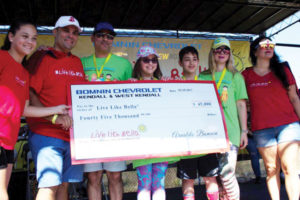 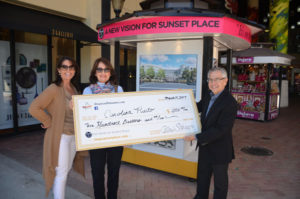 Carolina Puerto was the winner of the $500 “It’s SOMI Shopping Spree” which was part of the It’s SOMI co-op advertising campaign.  She teaches first grade at Epiphany School, and learned about the contest in the South Miami News which she picked up at Deli Lane while enjoying breakfast.  Pictured with Carolina (center) are Amy L. Donner of the merchants association and Alex Schreer, Marketing Director for Grass River Management, owners of Sunset Place.

A combined Armed Forces service color guard presents colors at the street naming ceremony for Mitchel Chockla. Mr. Chockla is a member of the “greatest generation,” serving with the 3rd Infantry Division in WWII. This proud veteran received two bronze stars, a purple heart and the French Legion of Honor. Mr. Chockla and his wife moved to 63 Court in South Miami in December 1951, and he is the last original homeowner in his neighborhood. 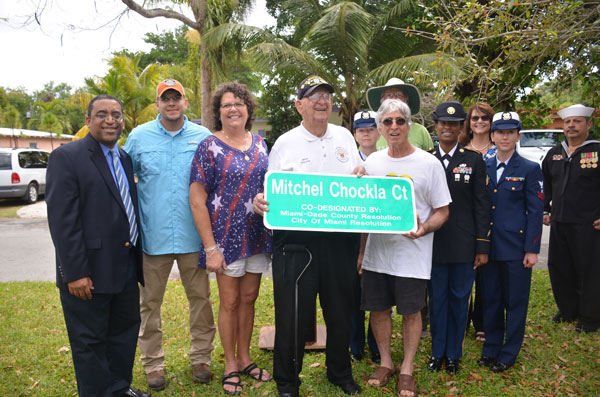 “Mitchel Chockla Court” was so aptly named in a city resolution on August 16, 2016. The street naming ceremony took place on Thursday, March 23, 2017.