During the fall/winter South Florida season, Sunset Drive is host to two art festivals, a holiday parade and other street-closing events.  For the past 16 years, VW fans flocked to South Miami for the annual VolksBlast, where over two hundred classic cars are displayed.

In 2015 Sunset Drive got a whole new and expensive look with the introduction of a Porsche concourse show, Das Renn Treffen. Organized by Alvaro Rodriguez, a South Miami resident and owner of Parkhaus 1, a Porsche support center, excitement grew for a repeat in 2016.  (Alvaro has also been involved for the past 15 years in organizing the Volksblast as well.)

And the 2016 Das Renn Treffen event held on Sunday, March 6th didn’t disappoint.  It was the largest Porsche gathering in Florida bringing together over 265 Porsche cars in the streets of South Miami.

In addition to the over $20 million of hardware lining Sunset Drive, a one-of-a-kind exhibit, “The Porsche Automobile Obsession,” was held inside Sunset Place, with a VIP reception the night before. This collection is owned and curated by Bruce Hollander, and includes over 3,000 Porsche memorabilia.  (It took Hollander two weeks to create the display for the show.)

A special display of Porsche racing history included the Rothman’s Porsche 959, a 962 LeMans IMSA Prototype, a Nisseki Porsche 962 and the Interscope 935

Hundreds of collectors, Porsche Club members and enthusiasts participated this year to exchange stories and revel in their Porsche passion, and together celebrating almost 60 years of Porsche evolution.

A special highlight of this year’s gathering was the attendance of Urban Outlaw, Magnus Walker, who flew in from Los Angeles to be part of the spectacle. Mingling with fans and taking photos of several rare Porsche cars he said: ”This is an amazing show. It doesn’t matter if you speak English, Spanish or German – we all speak Porsche here. Many thanks to all the fans in Miami for the 305 love and especially the Parkhaus 1 crew.” 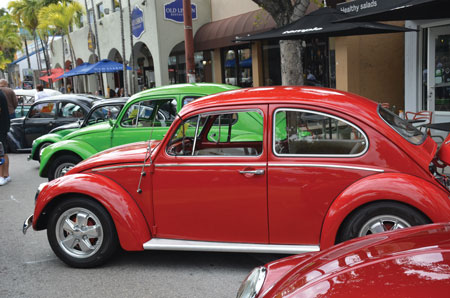 The February 28, 2016 Volksblast brought in some 200 classic and vintage VWs to Sunset Drive and was well-attended by thousands. of VW fans. 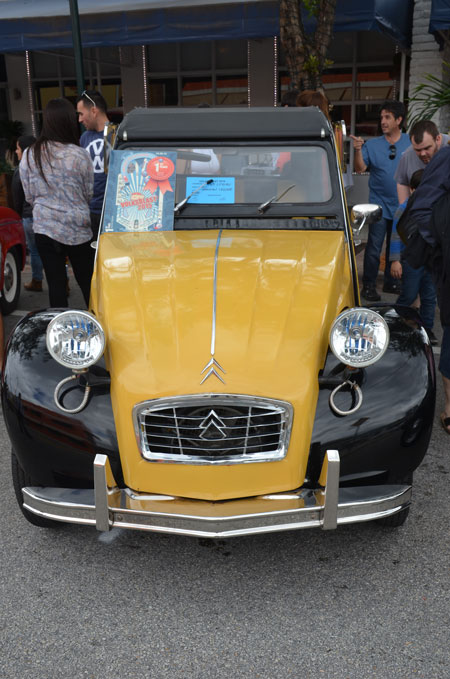 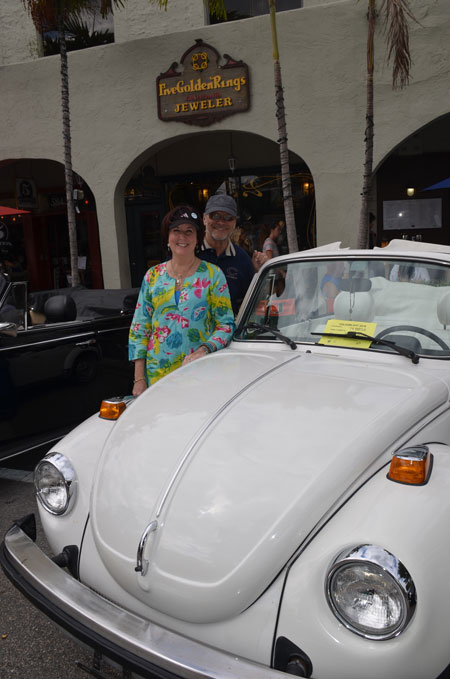 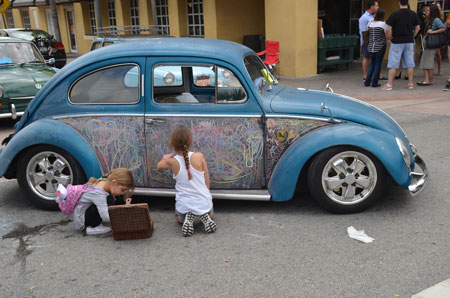 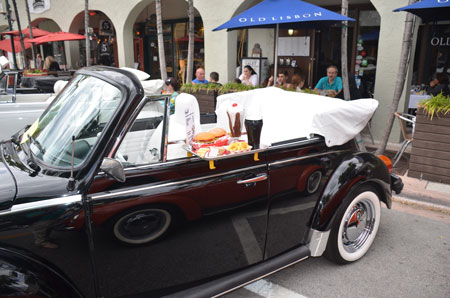 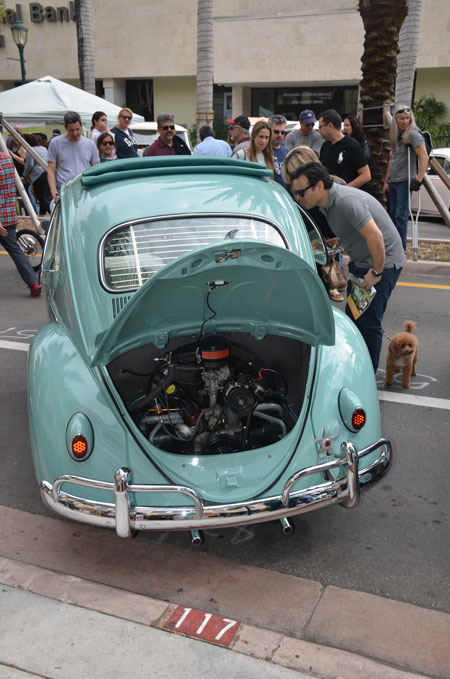 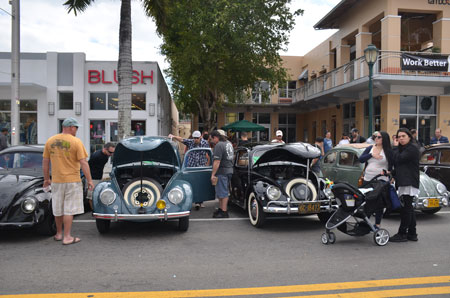 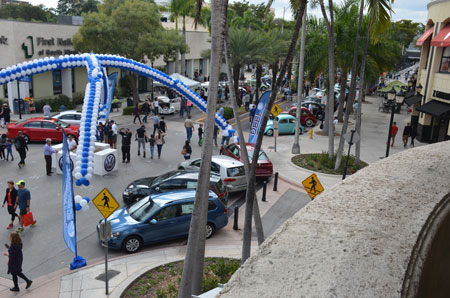 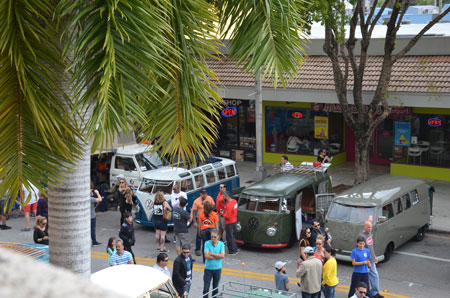 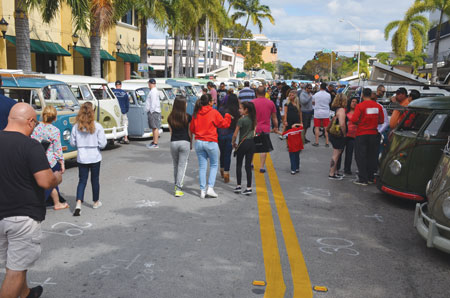 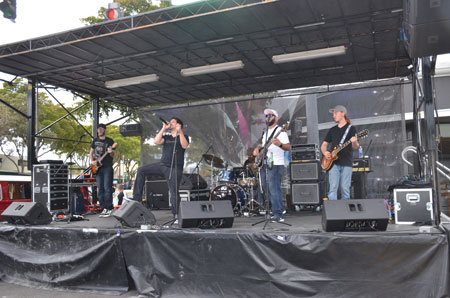 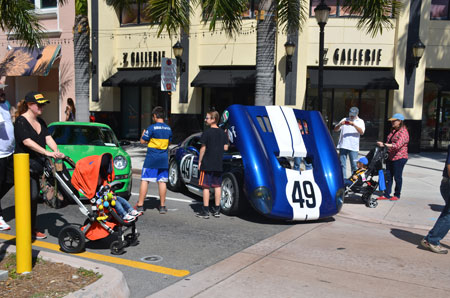 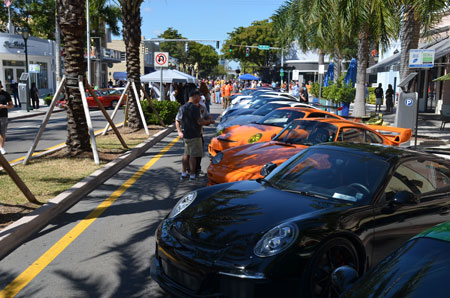 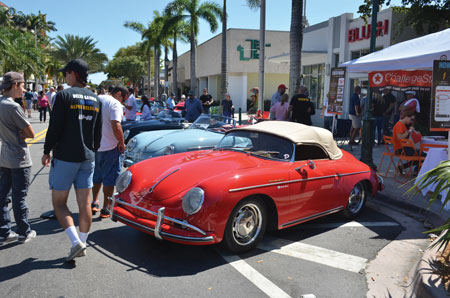 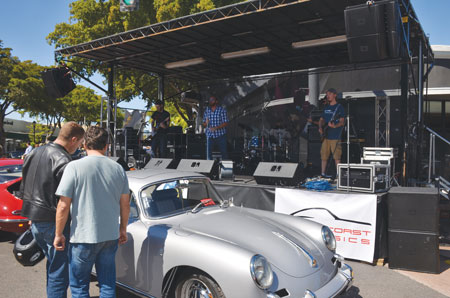 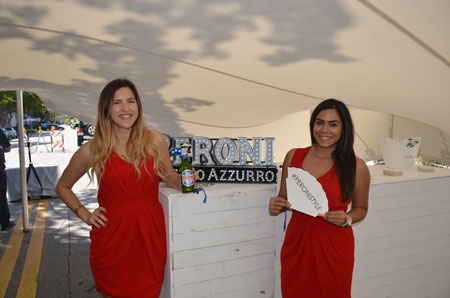 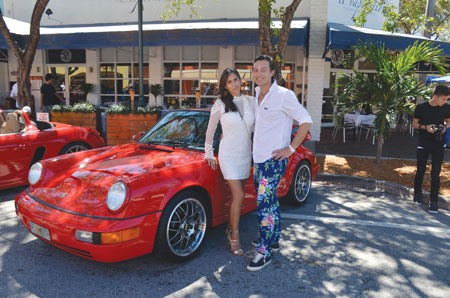 Couple pose in front of their classic Porsche. Bruce Hollander showing one of his 3,000 collectibles to NFL free agent and South Miami resident Kennard Cox at the VIP Reception. 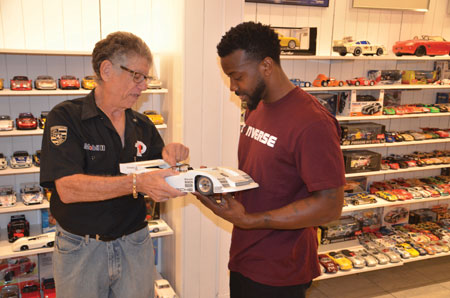 Bruce Hollander showing one of his 3,000 collectibles to NFL free agent and South Miami resident Kennard Cox at the VIP Reception. 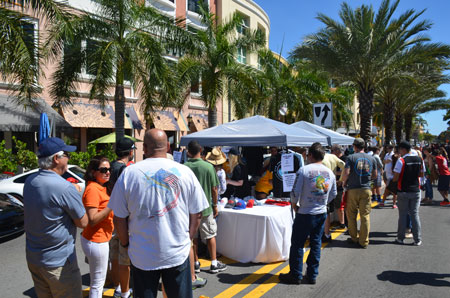 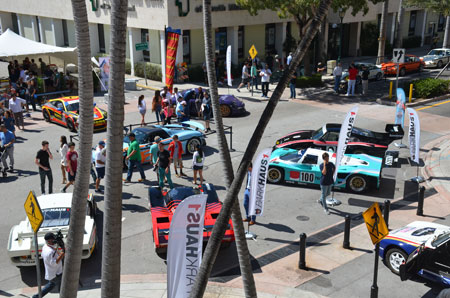 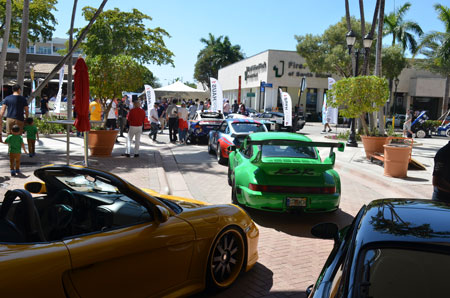 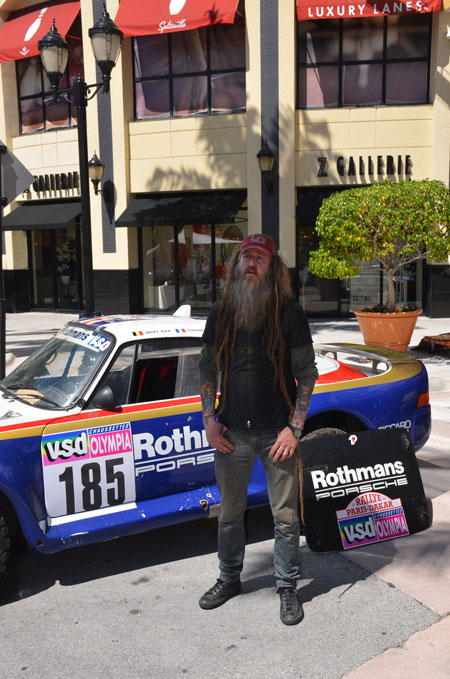 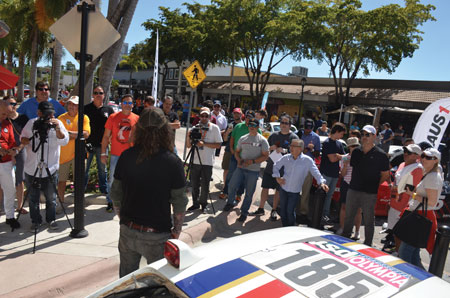 Urban Outlaw, Magnus Walker speaking with the media and attendees in front of Sunset Place. 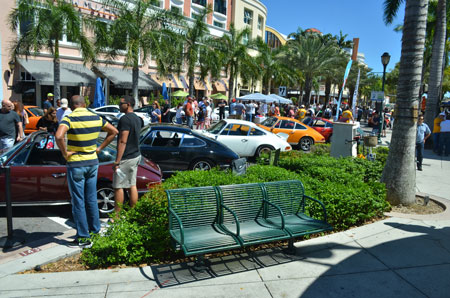