Under rainy skies over Key Biscayne, on Wednesday, July 16, Governor Rick Scott came to the Rickenbacker Causeway for a ceremonial signing of new legislation imposing harsher penalties on hit-and-run drivers.

Hundreds of cyclists, elected officials joined the Cohen’s wife, small children and parents, together with volunteers of the grassroots effort AaronCohenLaw.org who wore t-shirts with the slogan: Do the right thing, Stay on the Scene.

According to the Florida Highway Patrol (FHP) there were 78,000 hit-and-run crashes involving drivers who left the scene of an accident with injury or property damage, an 8 percent increase over 2012 figures of 72,000 hit-and-runs.  In 2013, these accidents caused more than 17,000 injuries and 154 deaths.  Three out of five fatalities in 2012 were pedestrians struck in hit-and-run crashes.  (FHP)

Because of a gap in Florida law between DUI Manslaughter and “Leaving the Scene of An Accident” (LSA), an incentive to hit and run exists under Florida law.  Under Florida law, drivers under the influence who kill someone receives a minimum mandatory sentence of 4 years in prison.  Those who leave the scene of an accident to avoid being caught by law enforcement, face a much lighter sentence.

Such was the case of a driver, Michele Traverso, who ran over two cyclists in the bike lane early morning hours of February 15 while on his way home from a night of drinking.  Traverso left the scene, drove his vehicle with a smashed windshield home and turned himself in 18 hours later, when blood evidence of DUI could no longer be obtained.  Traverso killed one of the cyclists, Aaron Cohen, and seriously injured the other cyclist, Edna Walsh.  Traverso was charged with Leaving the Scene of an Accident/Death and received a sentence of 22 months in county jail.

So Traverso ultimately spent less than a year in jail for Leaving the Scene of An Accident, nothing more.  And that’s just the way it was.  That was the law.

The new legislation, The Aaron Cohen Life Protection Act, officially signed on June 24, with an effective date of July 1st, imposes harsher penalties on hit and run drivers. It demands a minimum four-year jail sentence for drivers who leave the scene of an accident.

Patty Cohen gratefully acknowledged the work of the legislature, the lobbying efforts and the grassroots leadership and support in effecting a change in the law.

In remarks to the media, Cohen’s widow commented, “It’s so important to us because not only was my husband killed right over there in a hit and run accident, the driver left the scene. It’s not only the tragedy of him being killed, but it’s the absolute deplorable act of leaving the scene.” For more information about the legislation, the event timeline, and media coverage, go to . 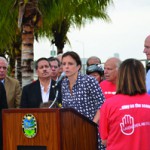 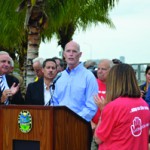 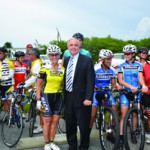 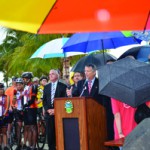 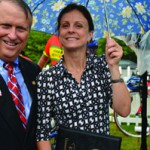 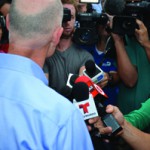 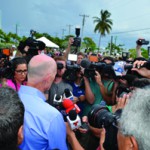 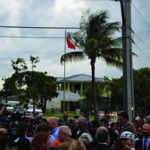 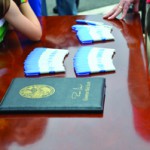 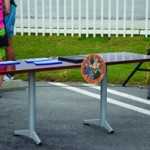 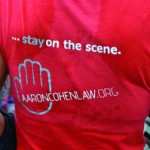