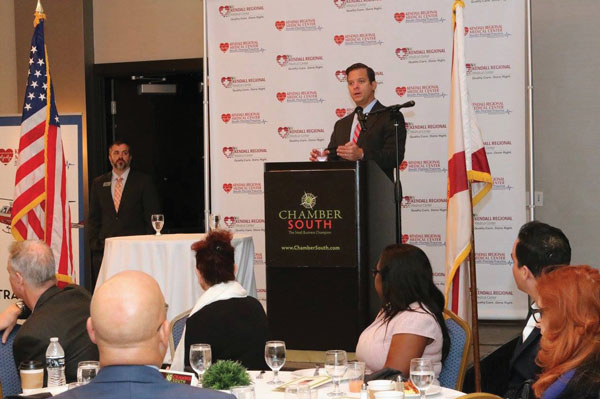 ChamberSOUTH kicked off its 2017 General Membership Breakfast series at the Miami Dadeland Marriott by welcoming our “Made-in-Miami” Lieutenant Governor Carlos Lopez-Cantera in his hometown.

County Commissioner Daniella Levine Cava opened the breakfast meeting with introductory remarks, and unveiled “More to Explore,” a new branding campaign for South Dade that touts the unique and plentiful locations and activities throughout her district. 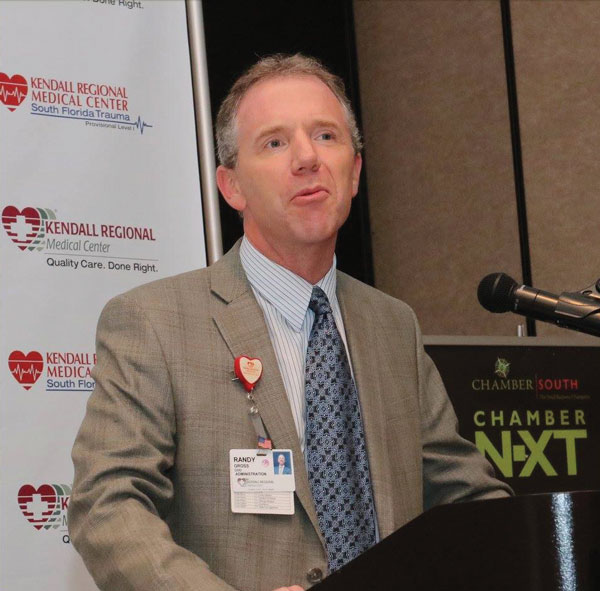 Kendall Regional Medical Center was the sponsor of the breakfast and its Chief Operating Officer, Randy Gross, offered welcoming remarks and presented hospital service data for the past year and plans for extensive facility improvements. He concluded with an entertaining video of super heroes providing services to children which was received with much delight by the attendees.

The Lieutenant Governor’s keynote address before the gathering of business and civic leaders carried a theme of continued growth and prosperity for the state.

“Florida’s economy has seen profound growth: We are on the right track with increases in private-sector job growth, a housing market that continues to grow, and the lowest unemployment rates we’ve seen in years.” 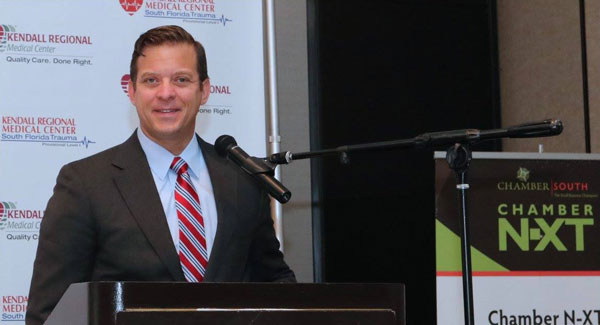 He also reported an effort to eliminate sales tax on college textbooks, as well as a 25 percent reduction in commercial-lease taxes – two important items being considered as part of a $618 million tax-cut package in 2017. 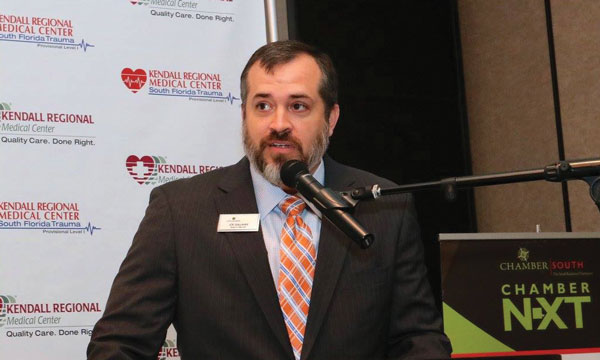 All this while making record investments in education, based on “performance funding” and the elimination of 4,500 “unnecessary regulations.”

“We have completely turned our economy around,” he said. Florida recently surpassed 20 million residents and is adding more than 1,000 new residents per day – growing faster than California and New York.

ChamberSOUTH thanked its sponsor and speaker with “Made in South Florida” signed and framed Art Festival Posters, featuring an image of the Boca Chita Lighthouse by well-known photographer, Marilyn Brown. 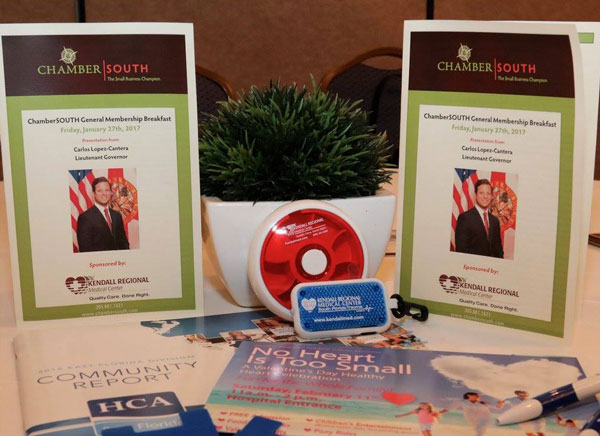 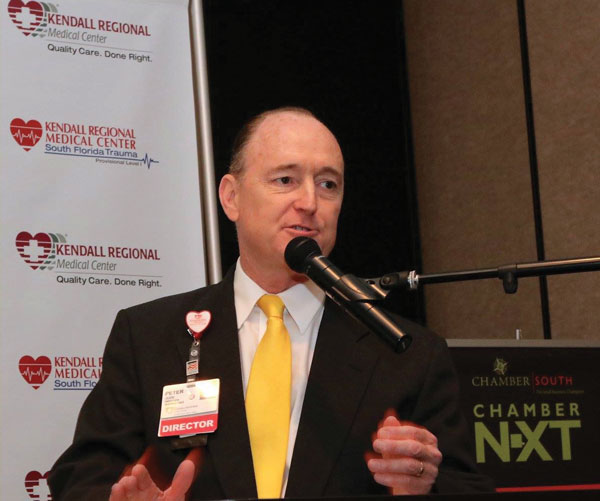 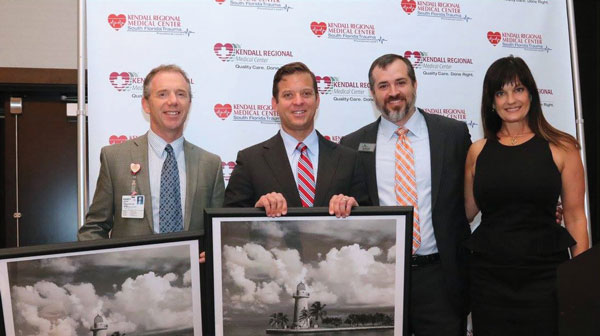 Appreciation Gift presented to both the Keynote Speaker and the Breakfast Sponsor. 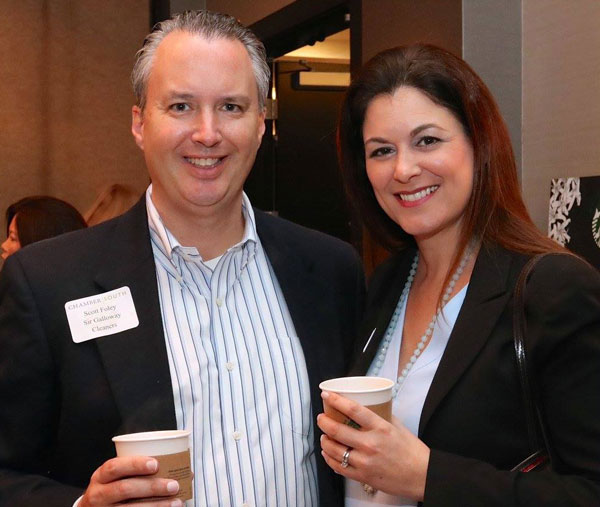 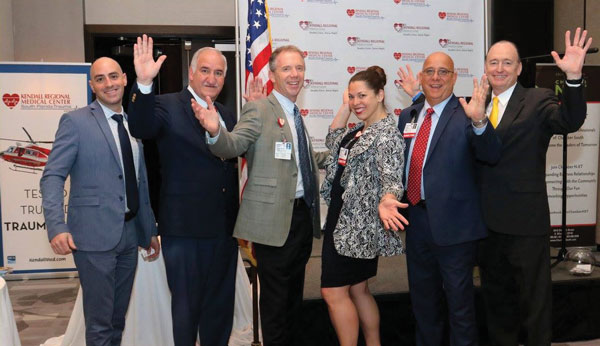 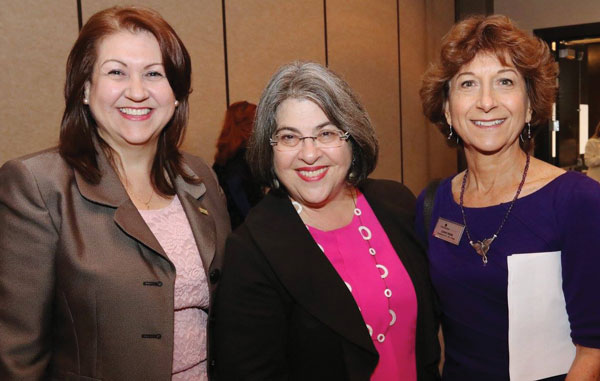 Comm. Daniella is joined by Pilar Montes of First Bank and JoAnn Parnes, Palmetto Bay Events and past chair of ChamberSOUTH 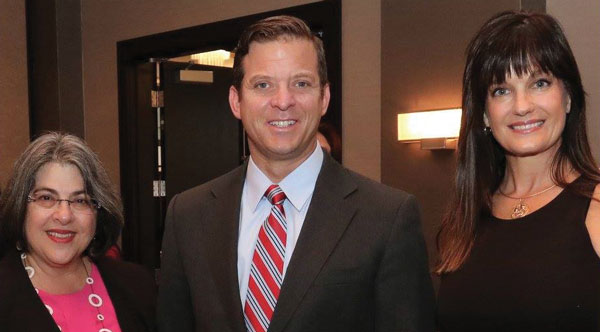 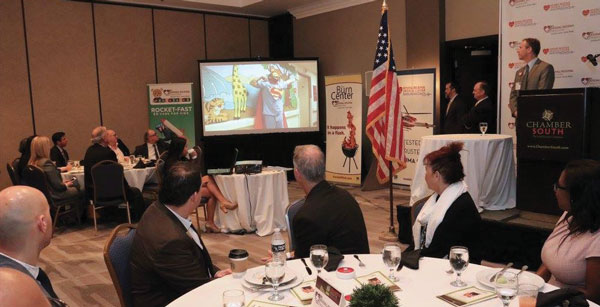 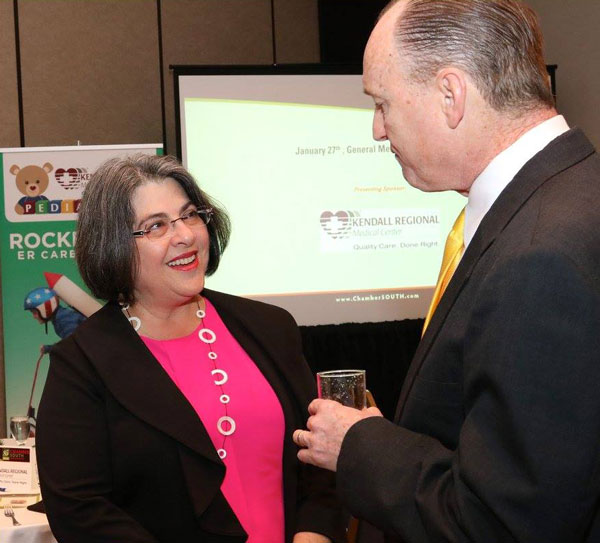 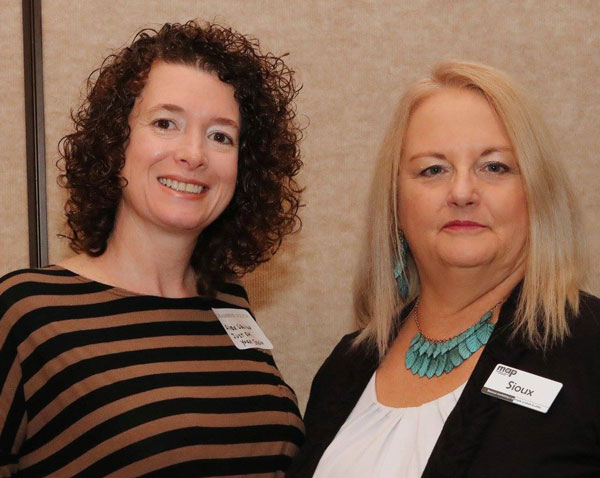 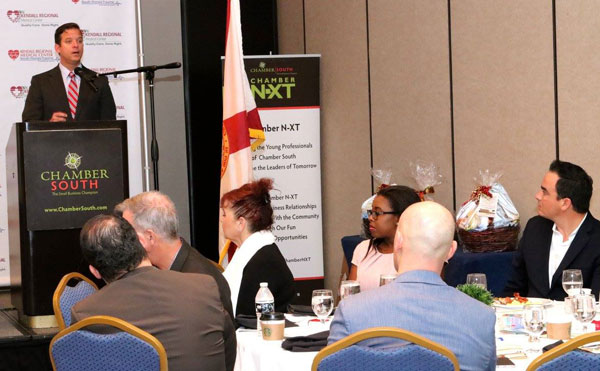 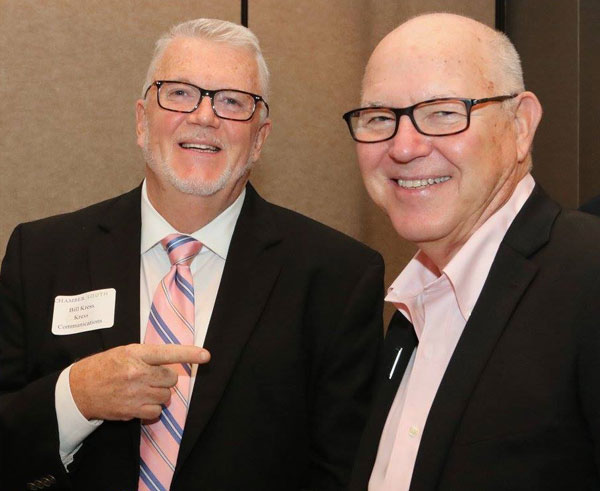 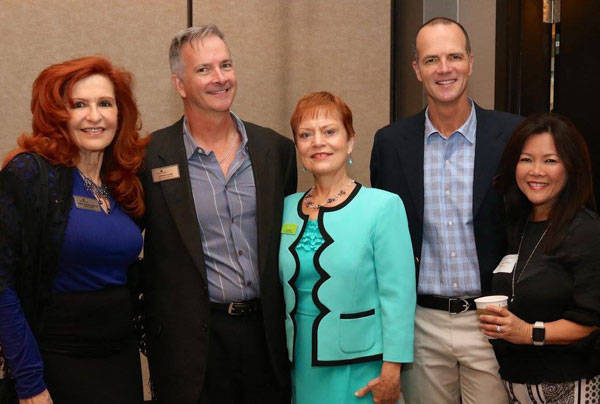