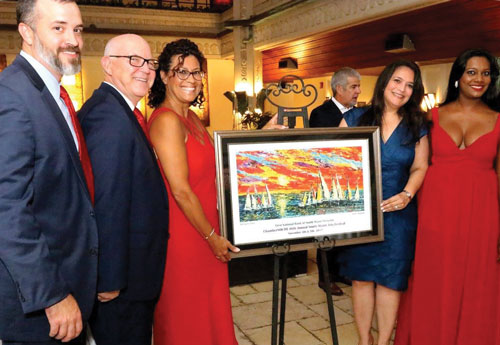 ChamberSOUTH, serving the South Miami Dade business community since 1930, held its 87th annual Chairman’s Reception at the Mayfair Hotel & Spa in Coconut Grove.  The event provides the occasion to formally recognize the service of the out-going Chair Joe Gallaher of NAI Miami and pass the gavel on to the incoming chair Ken Kistner of CBT College and to recognize two other community leaders for their outstanding contributions to the community: Hon. Ileana Ros-Lehtinen and Peter Jude.  The Congresswoman received the L. Russell Norton Award, which is annually presented to an exemplary elected official, and Peter Jude received the Steven J. Cranman Award for community service. 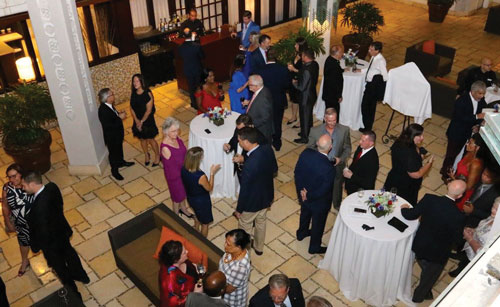 The evening began with the poster unveiling for the Chamber’s 46th Annual South Miami Art Festival.  Pictured above on the top left is the artist Lillian Delgado, standing left of the work titled “Sailing in Color” with Claudia A. Cancio, Past Chair and representing  First National Bank of South Miami, presenting sponsor of the Art Festival.  Pictured with them are Joe Gallaher, Ken Kistner and Chamber President Brittnie Bassant.

A lavish reception in the Palm Terrace was followed by a dinner program, silent auction, awards presentations and dancing. The event had a red, white and blue theme in recognition of the incoming Chair’s commitment to the Military Affairs Committee which he chaired for several years.  Several elected officials from the Chamber’s service area enjoyed the evening and visiting with constituents from many communities. 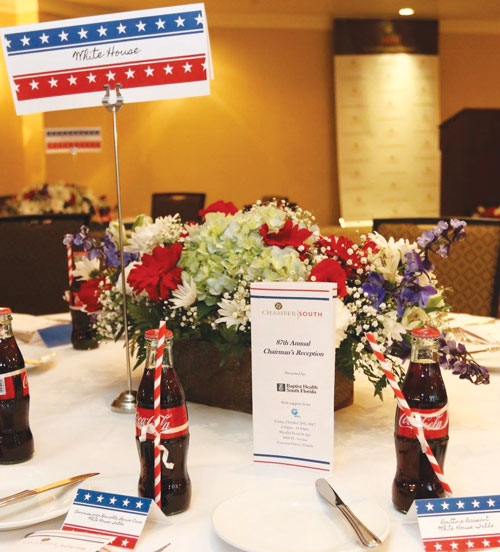 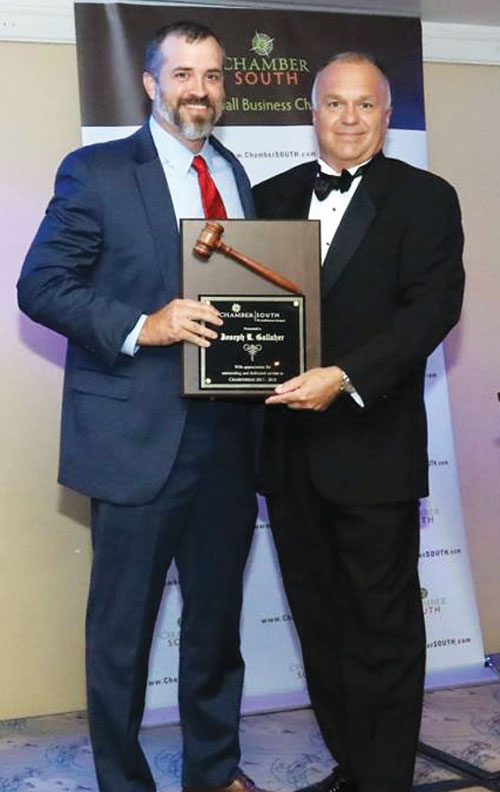 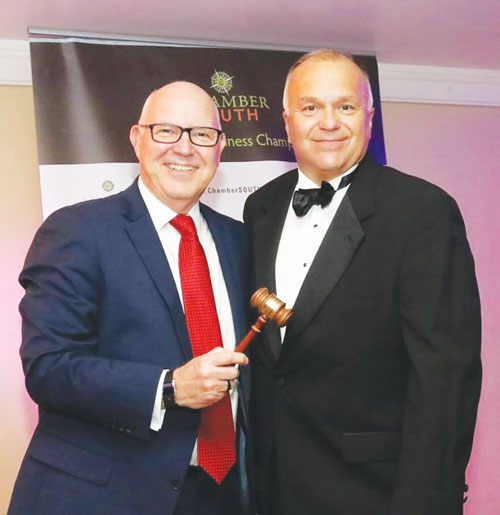 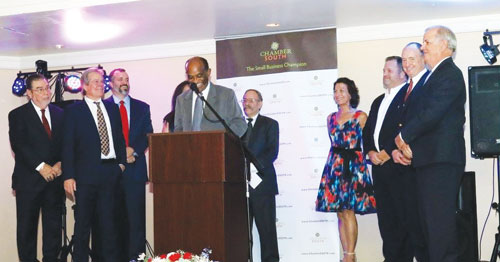 Pictured on the stage with other past chamber chairs, Gavel Club member Ricardo Forbes, announcing the ChamberSOUTH honorees. 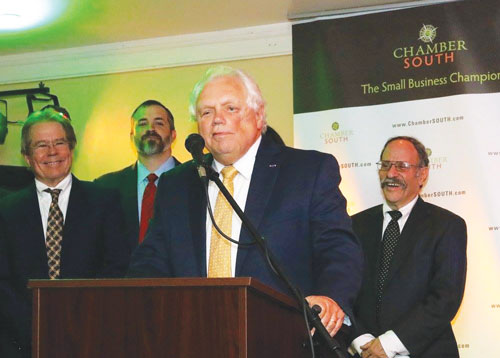 Dexter Lehtinen accepting the award given to his wife, the Hon. Congresswoman Ileana Ros-Lehtinen 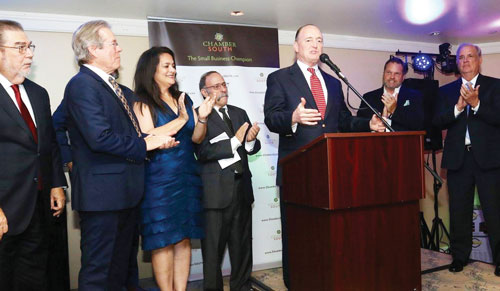 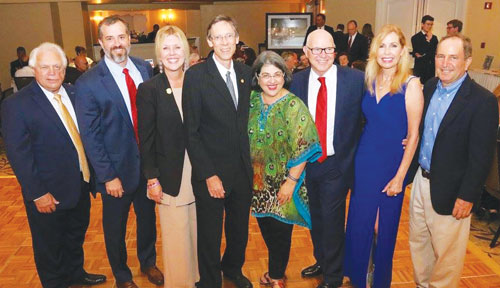 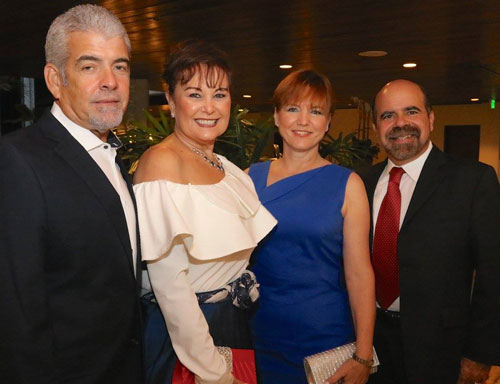 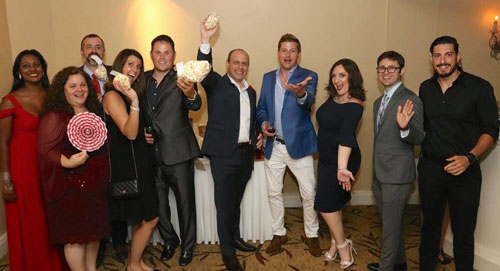 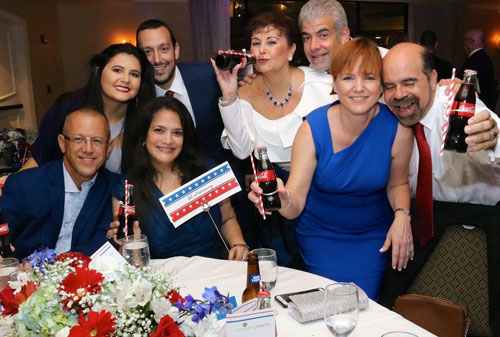 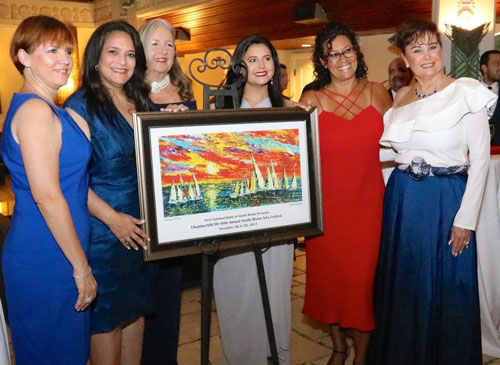 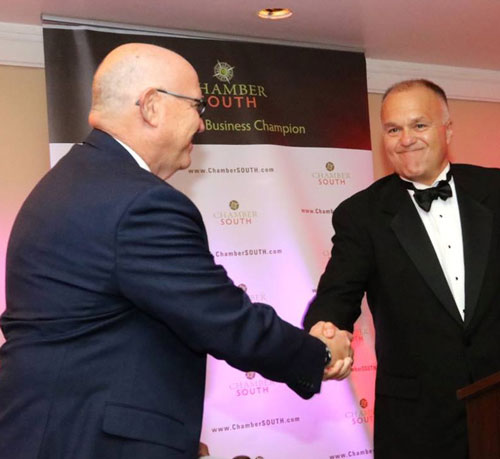