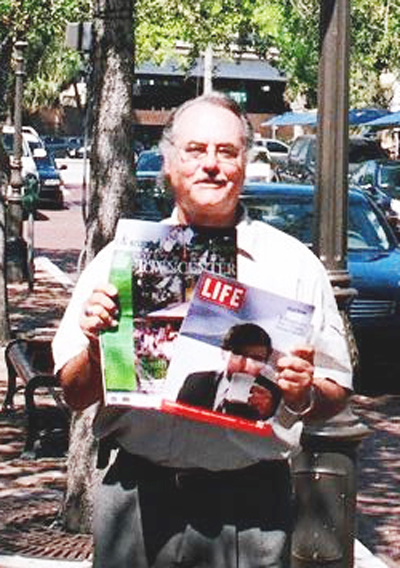 When first published starting in the fall of 2005, the magazine was called “In & Around the Shops – South Miami Town Center” (Whew!  Now you know why we eventually shortened it.)   It was a tabloid size and published ten times in that first year, so as to build the “Town Center” brand.   This marketing initiative, rather than “Downtown” South Miami, was originally proposed by the Mayor’s Marketing Task Force in 1996, to convey a more “hometown” image recognizing our unique boutiques and fine restaurants.  Over the course of the year, as the magazine grew in appreciation, each issue brought anticipation for the next.

Indeed as a tabloid size, we were “larger than LIFE.”  We became larger than life as well in promoting our dynamic shopping and dining area.  South Miami was a destination shopping area and our merchant community prospered.

The covers for the ten editions of Volume I appear alongside. We started with our active al fresco dining scene with a photo of Trattoria Sole at the entrance to our restaurant and retail area.  We then followed with the annual ChamberSOUTH art festival in November.  Special events have been part of the fabric of our community for decades.  For our January issue to focus on the synergy between South Miami, Coral Gables and Miami Dade County a New Year’s celebratory photo of the respective mayors and county commissioner adorned the cover.  The photo was taken on the corner of Sunset Drive and Red Road.

In February, names of area businesses were put on hearts for our Valentine issue (which concept has been subsequently repeated) and in May, for Mothers’ Day, we highlighted Mom/daughter/son businesses in town.

We finished the year with a magnificent sunset cover photo over Sunset Drive.  This image is in our archival gallery and used as background for many area promotion pieces. I believe the image captures the simple elegance of South Miami. 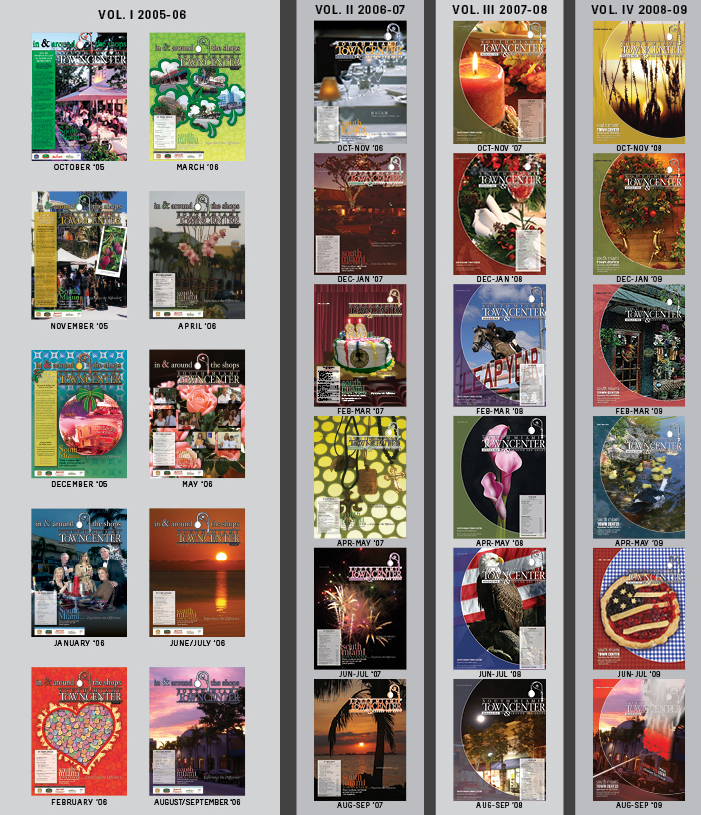 So often readers comment on the exceptional magazine covers which we run.  On this and the following two pages we lay out the 48 covers from Volume II to our present Volume XIV.  I hope some might pique your interest to go online and explore our archived editions. 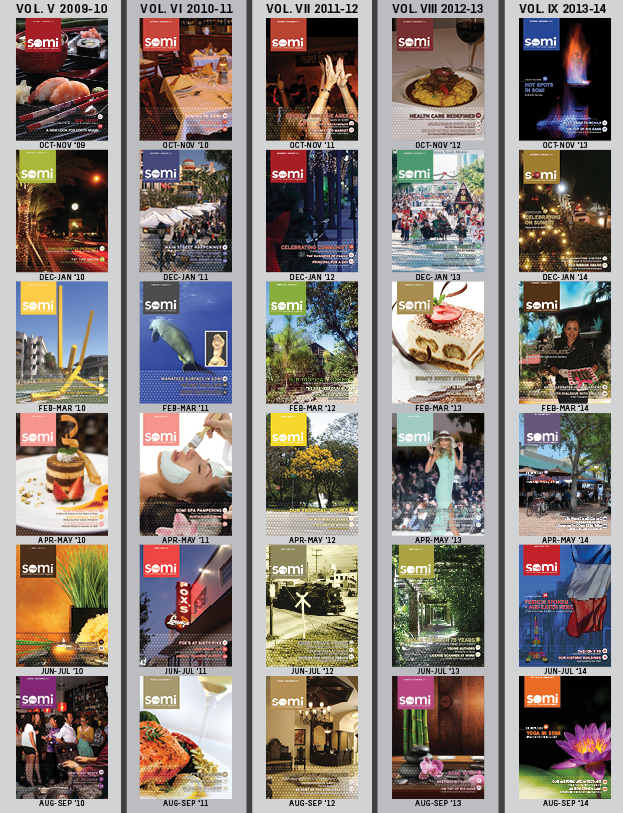 In Volume II we changed up from a tabloid-size publication to a large magazine format and published every other month.  We also re-branded the name to: South Miami Town Center Magazine.  During the course of those years the magazine grew from 16 to 36 pages.  From the start we have had a saturated distribution to our area’s retail and restaurant establishments, to area hotels;, and to professional offices and businesses in a three-mile area around our Town Center. 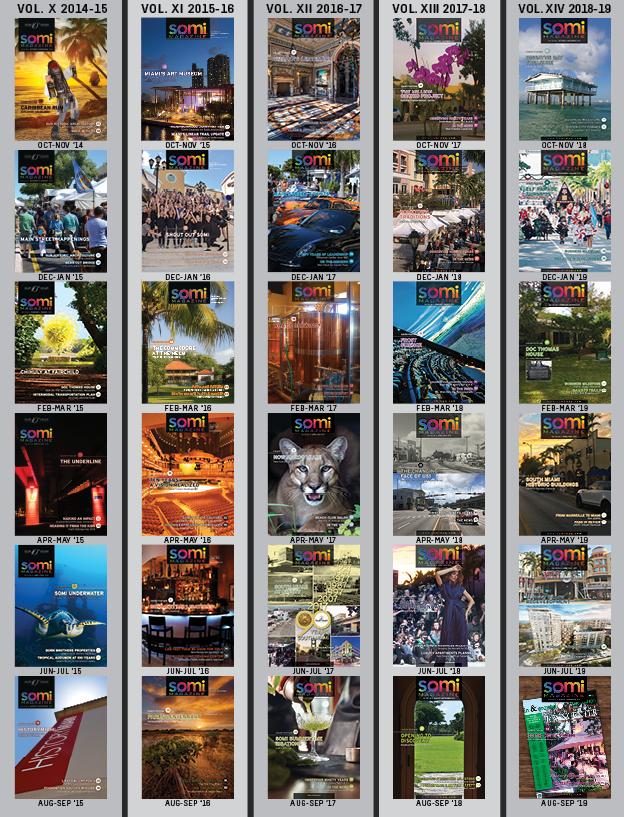 On page 16, we have the covers from Volume V through IX.  On occasion of our Fifth Anniversary, Volume V came in with big dramatic changes, starting with a new name: “SoMi Mag.”  A new masthead and logo were unveiled, reflecting the always changing dynamic of our exciting town center.   The selection of the logo was vetted among over forty business owners and key individuals in our community over the summer months.  With Volume V we had new layouts, a cover feature, articles and more.  Our publishing focus with the conversation bubble was to invite our readership to “be part of the conversation.”

As seen on page 16 with the October/November issue in 2014, our Tenth Anniversary was announced in the masthead with “SOMI Magazine” in a bright multi-color graphic gradient.  We started the tenth year with a feature on Caribbean rum and kicked off the year with a themed tenth anniversary party.  In addition to promoting our unique area, with its food, fashion and special events, beginning with Volume X and continuing for the next four years the magazine broadened its appeal with a “community cultural resource cover feature” highlighting many institutions: History Miami, Villa Vizcaya, Fairchild Tropical Garden, The Barnacle, PAMM, ZOOMiami, the Montgomery Garden, Stiltsville, the Adriene Arsht Center, Frost Science Museum, and as media sponsor, adopted “The Underline” project with a regular update each issue since. This series brought us broad appreciation.

Our covers and content – always improving and sharpening a new edge…