On Thursday, May 15, a demonstrative collaborative effort between Miami-Dade County, the City of South Miami and Citizens for a Better South Florida bore fruit as community volunteers came together to complete the plantings at Paciencia Park, a passive park designed in 2009.

A first planting of two native Gumbo Limbos, eight oaks and three Sable Palms was celebrated on June 1, 2012, as part of the Million Trees Miami project. At that time, it was announced other improvements were planned, including a butterfly garden, a walkway and other pedestrian amenities. Two years later, the plan moved forward with other tree installations and park amenities. In a show of community participation volunteers worked in the late afternoon hours to help plant shrubs.

Citizens for a Better South Florida was invited by the City to participate and contributed by donating the 162 plants through their Neighbors Replanting Neighborhoods, with some funding coming from a grant by Wells Fargo.  Native plants which attract butterflies and birds include the Senna Mexicana Chapmanii, Coontie, Beauty Berry, Firebush, and Wild coffee. Other shade trees were installed also by the City. 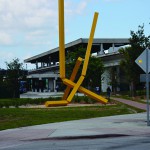 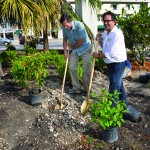 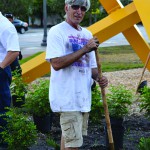 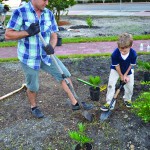 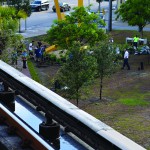