It was “Brother Kevin Day” on December 12, 2016 in the County, Pinecrest, South Miami, Palmetto Bay and Cutler Bay as elected officials presented Christopher Columbus High School President, Brother Kevin Francis Handibode with their respective proclamations at a luncheon held at Ana Capri Restaurant in Pinecrest hosted by the Pinecrest Tribune.

Beloved Columbus leader, Handibode, 77, has worked at CCHS for more than 45 years, serving as a teacher, basketball coach, athletic director, development director, principal, and since 2000 as the school president. He was honored for his nearly sixty years of service and devotion to Catholic education. 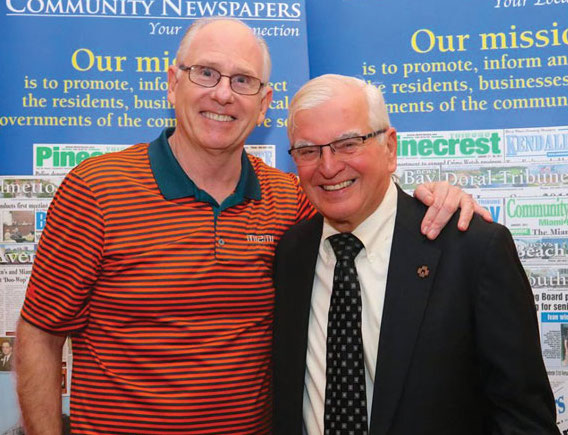 He is credited with shaping generations of young men in New York and South Florida both in the classroom and on the basketball court.

Handibode became a member of the Marist Brothers of the Schools in 1957, and started his teaching career at Archbishop Molloy High School in Queens, New York.  As a basketball coach, one of his first players was Jim Larranaga, now the Hurricanes basketball coach, who said Brother Kevin inspired him to dedicate his life to the sport. “Part of the reason I am a coach is because of Brother Kevin,” said Larranaga.

Miami-Dade County Mayor Carlos A. Gimenez was also one of Brother Kevin’s starters at Columbus.  Gimenez graduated from Columbus in 1972. 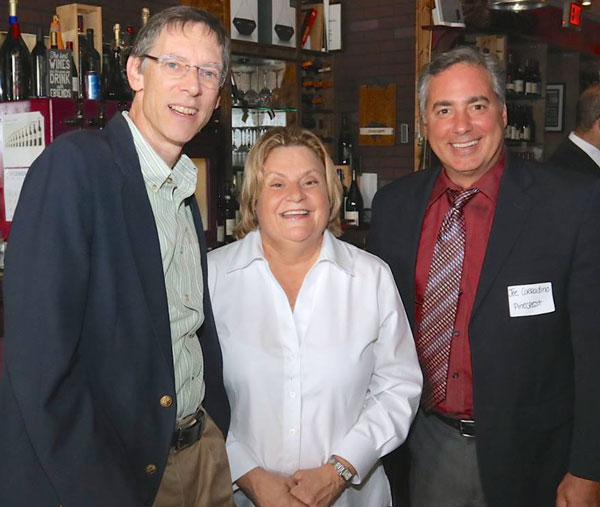 And from the basketball court to the school’s budget, he has also coaxed alumni and other supporters to contribute for the numerous projects, buildings and financial scholarship programs to ensure that the neediest students can afford to attend.  This Handibode noted serving the neediest is the mission of the Marist Brothers as founded by St. Marcellin Champagnat two hundred years ago.

U.S. House of Representatives Ileanna Ros-Lehtinen also spoke at the event, and presented Handibode with a framed commemoration of her remarks made on the floor of the House earlier in December and presented an American flag which was flown over the Capitol.

And when Master of Ceremonies Grant Miller called up Brother Kevin to speak, Handibode noted that he was surprised and humbled by the event.  “I’m part of a family of Marist Brothers and Columbus faculty who have done so much.”  And loving fund-raising as he has shown over many years, he also suggested that this year each alumni donate $200 in honor of the 200th anniversary of the founding of the Marist Brothers. 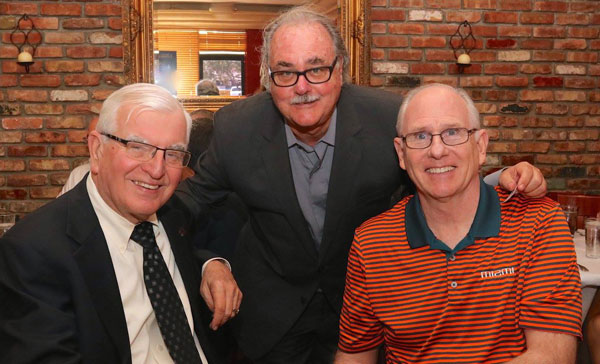 SOMI Magazine publisher John Edward Smith joins Brother Kevin and Coach Larranaga.Smith was also on faculty at Molloy H.S. with Brother Kevin, and actually grew up in the same Bronx neighborhood as the Larranaga’s. 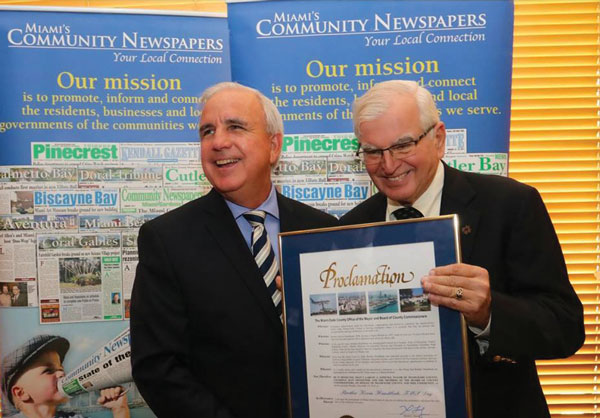 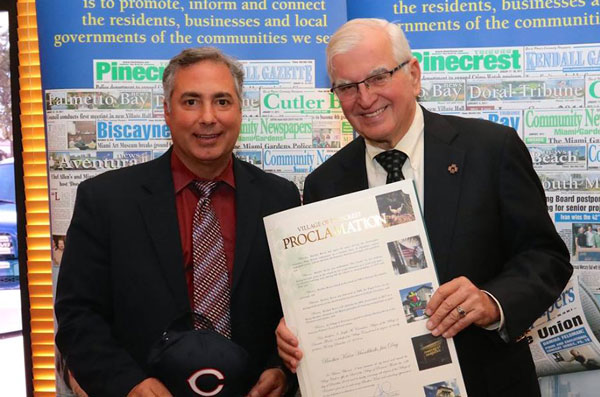 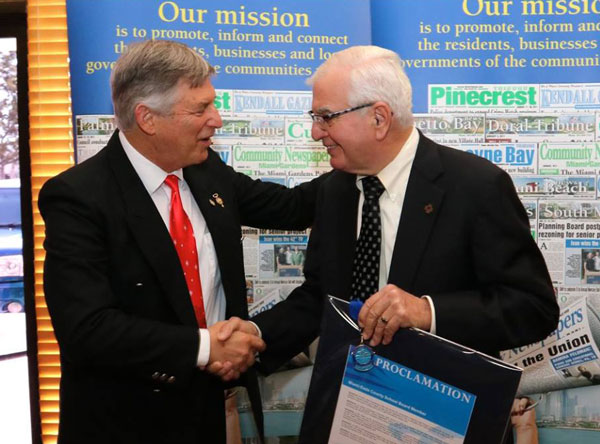 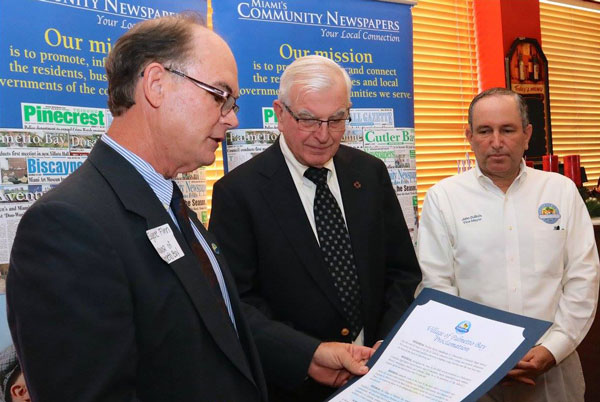