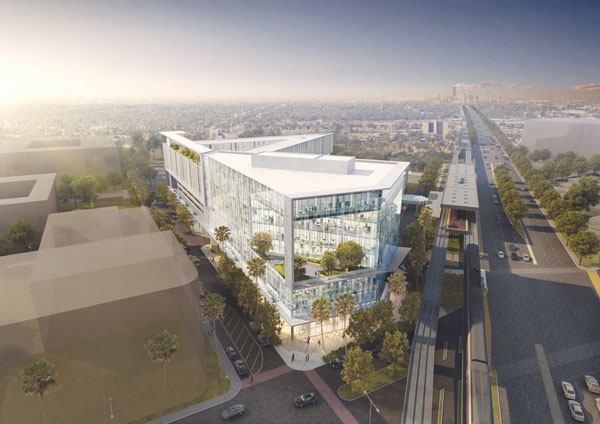 After some nineteen years mired in intrigue, delays and lawsuits, a new Class A office building, retail and student housing apartments named “SoMi Station” is now set to rise on the corner of Sunset Drive and US1 at the gateway to South Miami’s retail and restaurant district.

On July 19, 2017, in a full hearing room at County Hall, members of the county’s Rapid Transit Development Impact Committee heard the request from the property developers (Treo Somi Station, LLC) for five variances from the South Miami Rapid Transit Zone regulations to advance the project.   Concerns were raised by members of the South Miami community and City Commission that the project did not allow for affordable/work force housing, and rather student housing.

In the end, the project was approved in accordance with staff recommendations. 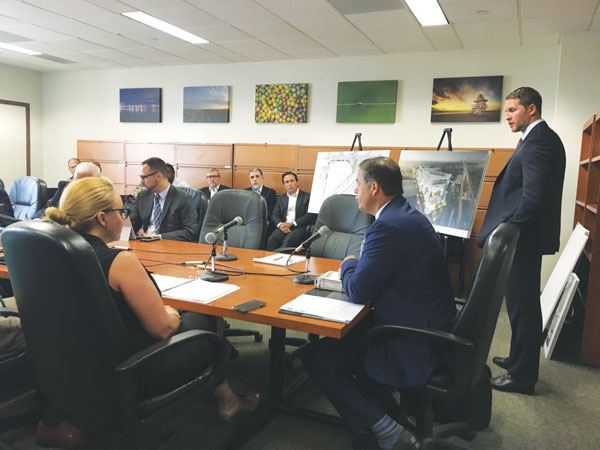 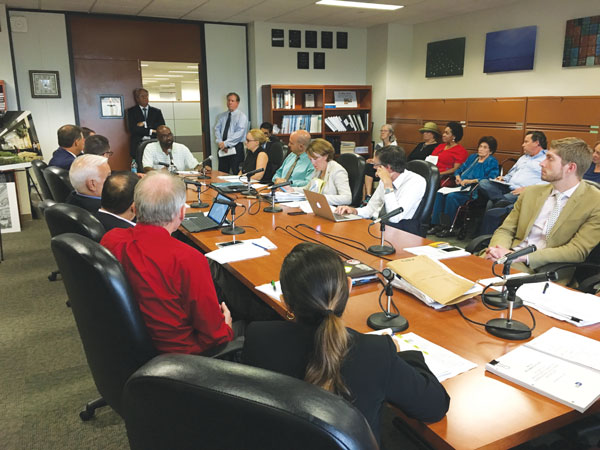 Long-time South Miami resident Deltravis Williams addressed the concerns for affordable housing needs which are not addressed in this development. 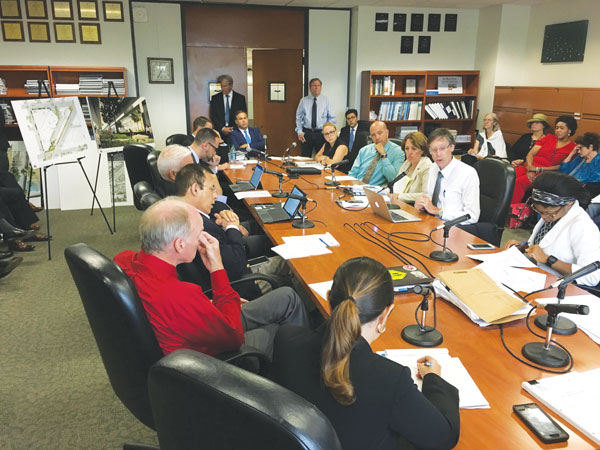 South Miami Mayor Philip K. Stoddard spoke of the City’s desire to include an affordable housing/work force housing in the project.

Harkening back to the mid-1990s a mixed use project called “Hometown Station” was designed by Dover Kohl & Associates, renowned and locally established urban planners.   That project called for retail and residential uses.  However, in 2002-03, the Miami-Dade Housing Authority chose the South Miami Metrorail site for its new $27 million, 157,000 square foot office complex.  Gone was the “hometown charm” of the initial project. However infrastructure and design issues were alleged, and the county ultimately cancelled the entire project.

While within the City of South Miami, the parcels abutting the Metrorail right-of-way are Miami-Dade County property under the control of the Transit & Public Works Department.

As the battle over Hometown Station was waged and ultimately lost, South Miami residents and visitors were left with a barren plot of county-owned land surrounded by Jersey barriers and green construction fencing.  Eight long years later, the city was able to carve out 17,000 square feet for a passive park through a $1 per annum lease agreement with the county.  The park was formally opened in a ribbon-cutting ceremony on November 24, 2009, complete with John Henry’s sculpture, “Paciencia.”

New Development:
The approximate 7.7 acre site is now being developed by the Treo Group, a privately held real estate investment firm.  This mass transit-oriented and state-of-the-art Class A office building will display compelling architecture designed by Perkins+Will, an internationally-renowned architecture and design firm.  Ninety-nine student housing units are included in the project, which also calls for ground floor amenities, such as shops and restaurants, which will complement the SOMI town center’s live-work-play-learn environment.

Walk Score® has rated SoMi Station’s immediate area as a “Walker’s Paradise.”  The area enjoys multiple upscale retail shops and restaurants, and the planned redevelopment of The Shops at Sunset Place.  It is apparent that investors and developers are looking to this suburban neighborhood as an opportunity for growth.

The planned SoMi Station will have the distinct advantage of enjoying unparalleled accessibility, exposure and connectivity to all of Miami-Dade County.