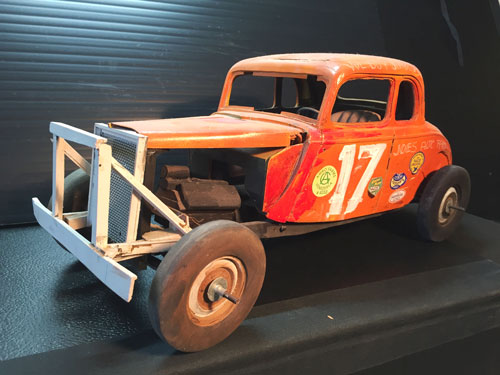 Ronald Shelley likes to frequent local thrift stores for art supplies. He’s not looking for canvases or old frames; instead he is searching for toy cars and trucks with oversized tires, plastic spoons, and bits of wire and cloth to incorporate into his sculptures. His latest efforts include “Wheelfly” insects and racing cars from the early 20th century. 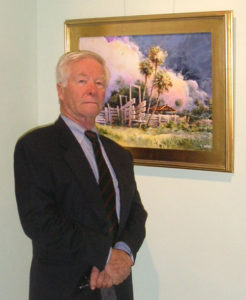 Shelley has decades-long experience as an illustrator, landscape painter and concept artist for architects. His output as an artist has been seen by tens of thousands of people. From book covers and magazine illustrations to fine art works located in museums and private collections, his art has made an impact.

His most recent show was at the Dade Heritage Trust building in the Financial District. In Florida Lost & Found, Shelley displayed paintings of Florida landscapes and long-gone structures, such as packing houses, railroad depots and cattle chutes.

WHEELFLY SERIES
The artist’s latest challenge to himself is to use repurposed parts from familiar, common objects for his sculpture in order to “make something different.” He has done so successfully. His Wheelfly insects have old windshield wiper arms for legs, toy car wheels for “feet,” and the bowls of black plastic spoons for eyes. He fashions the insect body from pulp packing material covered in strips of tack board (a malleable cardboard used by architectural model makers). The wings are made from polystyrene that modelmakers use to simulate window panes. The insect body and wings are then painted. 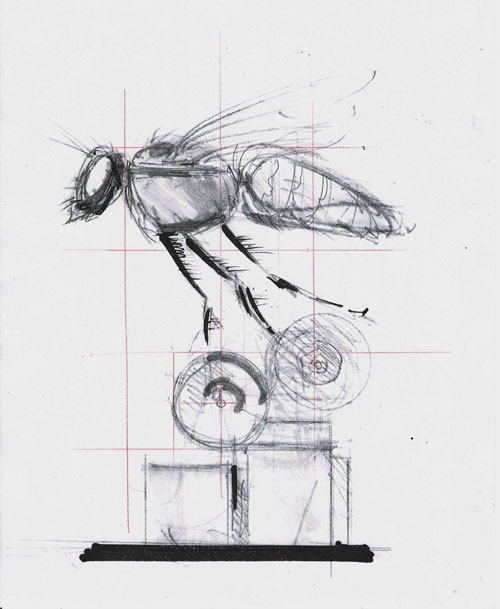 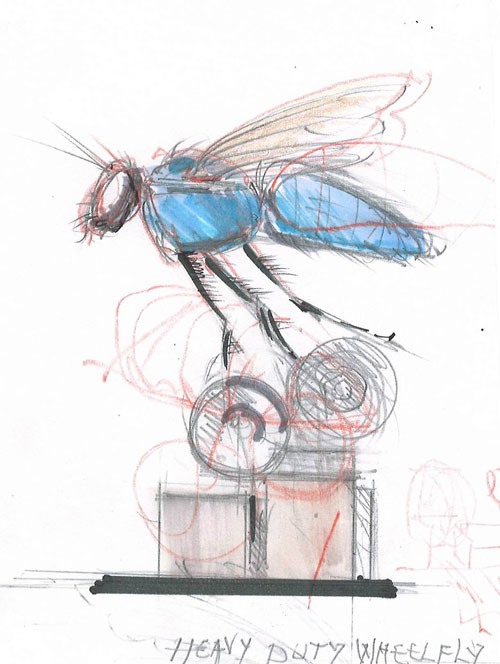 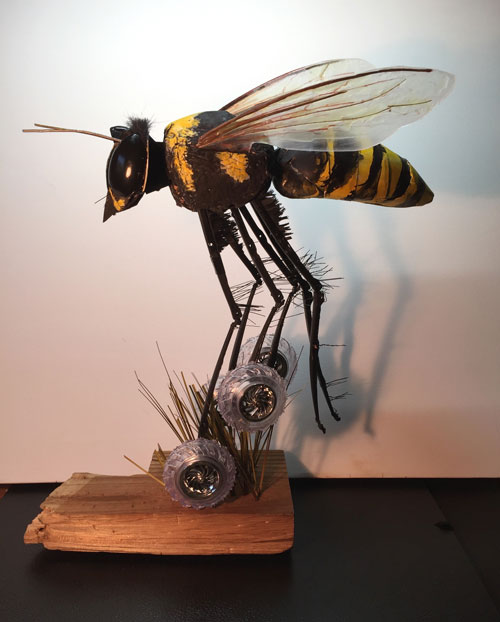 “I like all the variations that a subject like insects presents. Obviously, these are my impressions of insects, meant to be whimsical and certainly are not anatomically accurate,” Shelley said.

The wasp-like insect is mounted onto a block of wood found in a roadside trash pile, with blades of grass fashioned from an old artificial plant from the Goodwill store. The whisker-like leg adornments are made from broom bristles and fabric that Shelley shreds to look like feathers. The wasp’s head also sports a piece of fluff taken from an old plush toy; the antennae are made of wire.

OLD CARS
Shelley has long had a fascination with old cars, especially when they are jalopies and early race cars. Last year, his jalopy paintings were featured in an American magazine devoted to car collecting, Car Kulture Deluxe. His first foray into working with jalopies as a subject started 25 years ago. He made a three-dimensional model he carved from basswood, a 1934 Ford five-window coupe. He had the tires fashioned of wood by a local carpenter. While he loves the finished product, he has vowed “never again.” 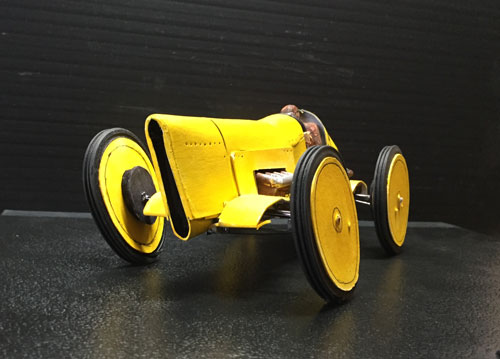 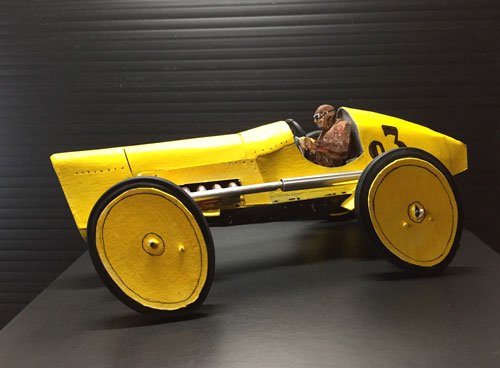 His more recent car sculpture features a model of a 1912 Vauxhall race car. Like the Wheelfly series, this creation relies on repurposed materials, craft plywood and tack board. He carved the driver from basswood.

“The impression I most wanted to achieve is that of exaggerated motion and speed,” said Shelley.

Ronald Shelley’s work can be seen online at Fine Art America. His sculptures are available for purchase from the artist. If you would like to commission work or would like to make a studio appointment, please contact Ronald at 786-251-2330 or send an email to .