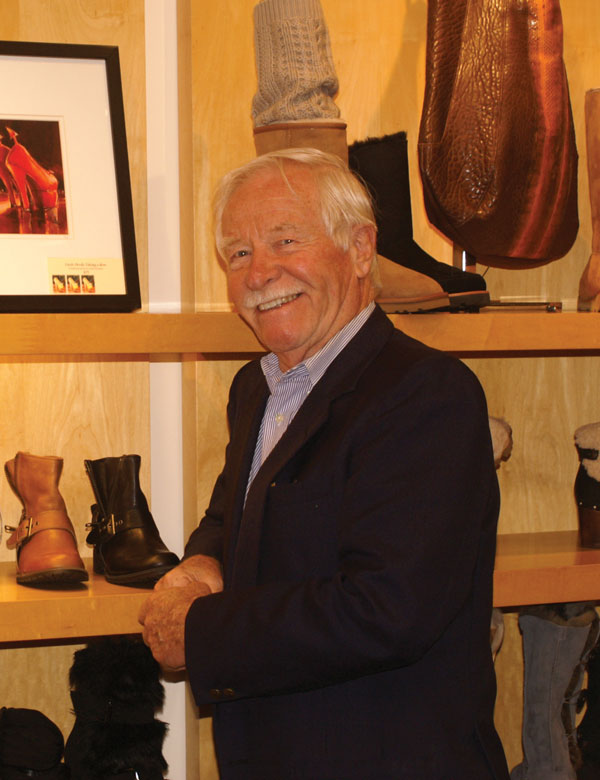 Ronald Shelley is an Englishman who learned early on that his real place in the world was in the United States. World War II brought the first Americans he had ever seen, traveling along Britain’s country roads in thundering convoys of robust tanks and trucks, quite unlike those manufactured by his own country. It was this childhood impression combined with working as a wrangler for an American rodeo on tour in Paris that clinched the deal. America was the place for him and has been the place where he made a career on his talents as an artist.

Principally a landscape painter, Ronald enjoys depicting subjects that stray from the mainstream. He paints locomotives, military vehicles, and women’s shoes often as a form of relaxation from the rigors of landscape painting or architectural concept renderings from which he earns a living. The artist’s latest pursuit is a revival of a subject that captured his interest long ago, jalopy cars and races. 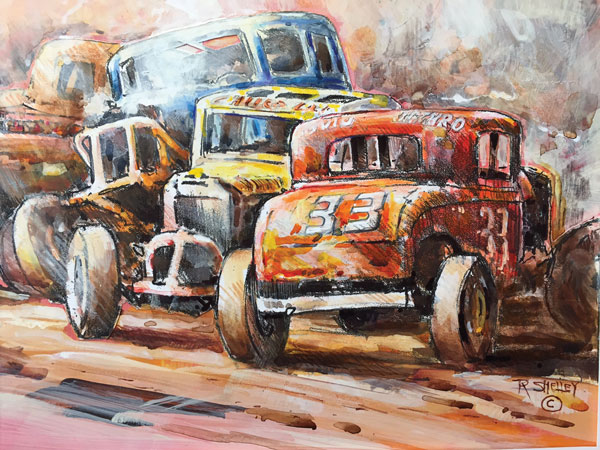 Although we think of jalopy car racing as inherently American, Ronald saw his first race in Coventry, England, where V-8s made specifically for the European market zoomed around the track. The aesthetics of the design of the vehicles captured his attention, but it is the American jalopy of the 1930s and 1940s with their endless variety of modifications to the body and the engine that inspire his latest work.

“There is something organic about the way jalopy car and racing evolved into a form of folk art. It was relatively inexpensive to do. Get a car from the junkyard, remove the windows, strip out all the unnecessary weight, tinker with the engine and have a go,” said Ronald. 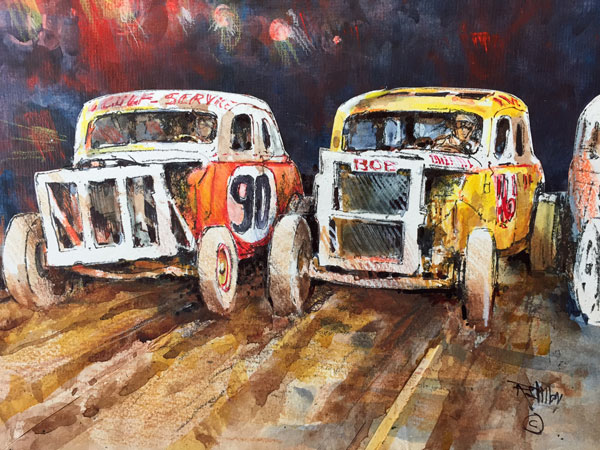 The paintings are created with acrylic watercolor and ink on paper of subjects that often come from period photographs and the artist’s memory. The owners’ personal choice of color and pattern is captured in the paintings, as is, variously, the race track, the car in action and at rest, and the rigors of racing.  “Painting dents is not easy,” said Ronald.

Currently, the artist is putting together a series of paintings for submission to a magazine devoted to the subject of racing cars.  One example among the group is “Jalopy #24,” painted in a vibrant yellow cast against a mottled blue background. The 1932 Ford two-door has a crash-bar (standard jalopy fare) that has been welded onto the front so that the driver can hit the car in front of him. All of the paintings in the group demonstrate the artist’s skill in accurately drawing automobiles, while rendering them in an ethereal, painterly style. 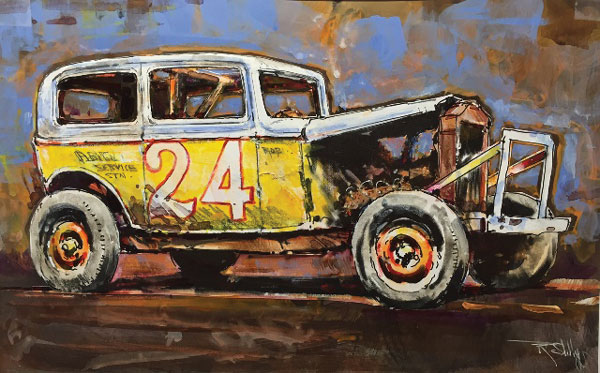 Ronald Shelley arrived in the United States in 1956 to work as a rodeo cowboy in Texas and began living in south Florida by the late 1960s. He has acted at the Coconut Grove Playhouse, on television, and in movies. He is an accomplished model maker and sculptor.  His art has been exhibited at a number of venues in the Miami area. He has received ribbons for his art and was awarded a grant as part of Florida’s Art in State Buildings Program for his painting “Camp at Al-Shalah,” a depiction of the Florida National Guard in service during Operation Desert Shield, 1991. 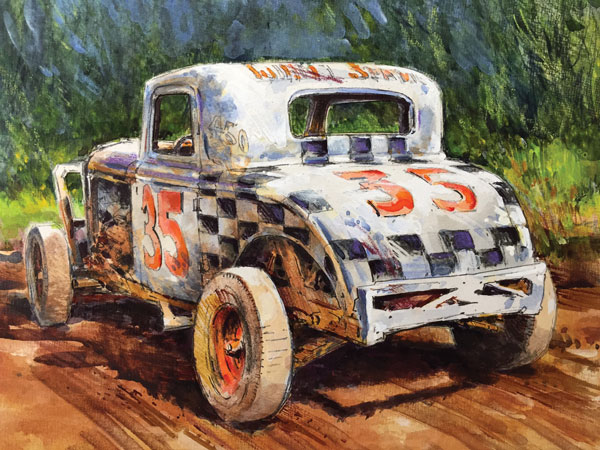