You are at:Home»Magazine Archive»Volume XIV»APRIL/MAY 2019»SALUTE TO THE JROTC
By John Edward Smith on April 7, 2019 APRIL/MAY 2019, In The News, Topics, Volume XIV 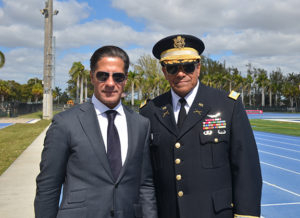 The M-DCPS JROTC program currently includes over 4,000 students districtwide from 27 high schools.  About 1,200 Junior Reserve Officer Training Corps (JROTC) participants from the Army, Navy, Air Force, and Coast Guard branches marched in formation and performed a series of maneuvers following the orders of their battalion commanders and some received special recognition for exemplary performance at their respective schools. On average, approximately 10 percent of cadets enlist in the armed forces. All of them, however, pledge to bring credit to their family, country, school, and the corps. The skills and lessons they learn while enrolled in JROTC can become an integral part of their being and can be incorporated in every area of life. 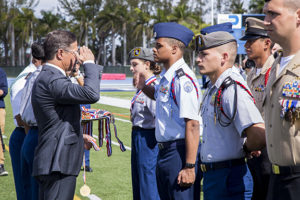 The Superintendent presenting medals to cadets.

The JROTC experience provides meaningful leadership instruction of benefit to the student and of value to the Armed Forces. Among the objectives of the program for each cadet as established by the service departments of the Department of Defense are: denveloping citizenship and patriotism, developing self-reliance and responsiveness to all authority, Improving the ability to communicate well both orally and in writing, developing an appreciation of the importance of physical fitness, and increasing a respect for the role of the U.S. Armed Forces in support of
national objectives. 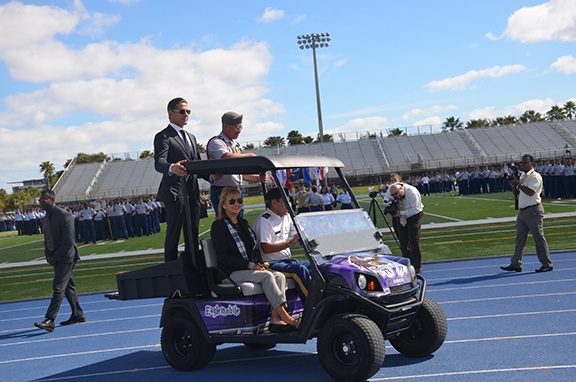 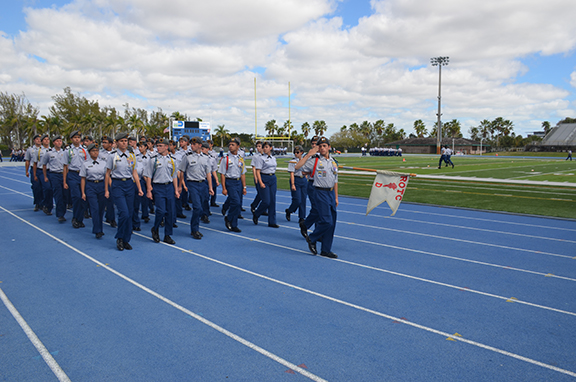 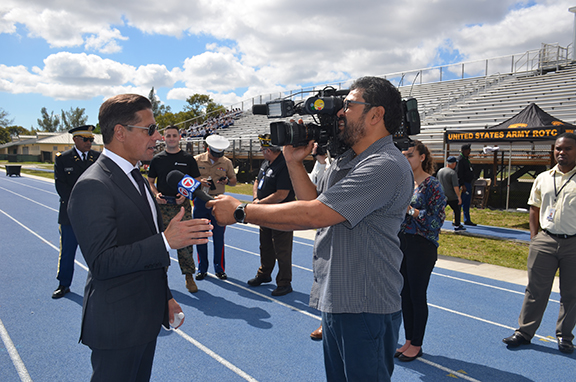 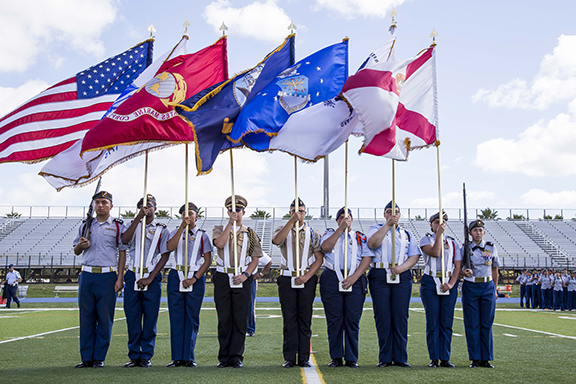