On Saturday, July 25, SOMI’s ROK:BRGR hosted one of its popular block parties.  With rain in the afternoon and a menacing sky, the team lucked out when an hour prior to opening, the ominous weather subsided.  Undaunted guests streamed in while guests were texting others to party on down. 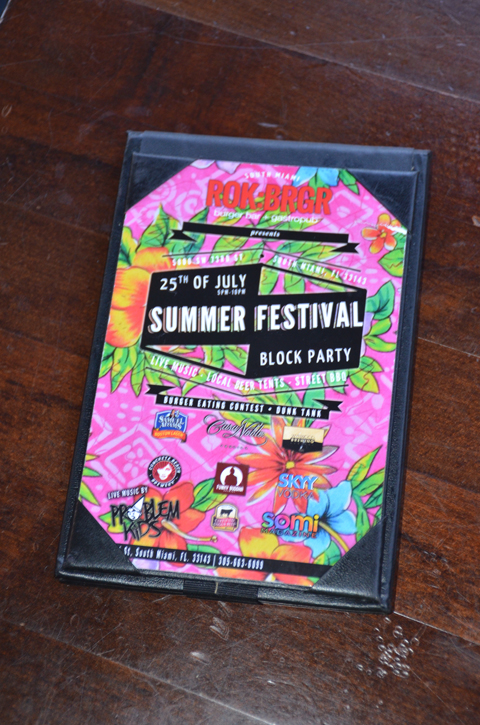 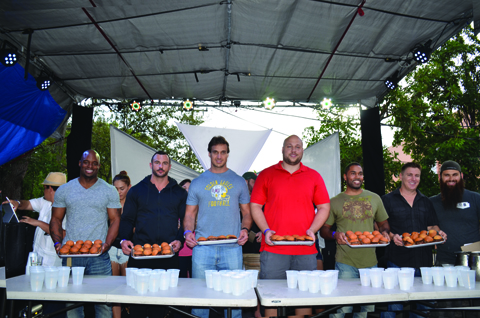 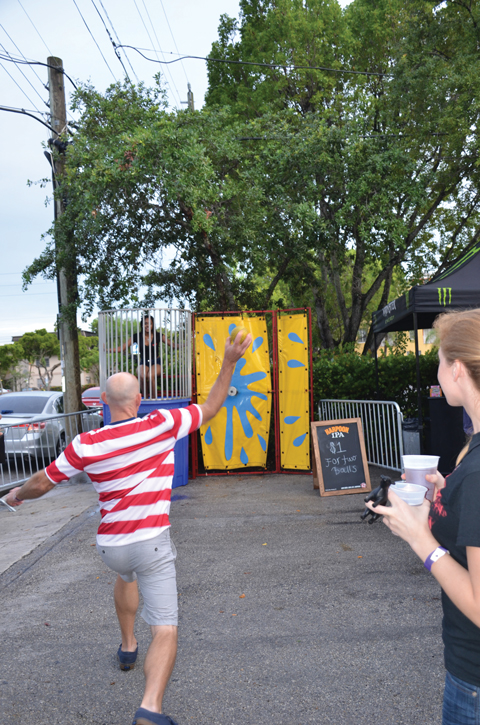 Hurling a mean pitch at the dunk tank lever. 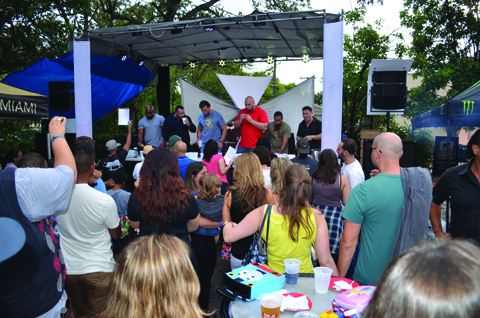 As contestants keep an eye on each other’s performance, crowds keep on eye on them.. 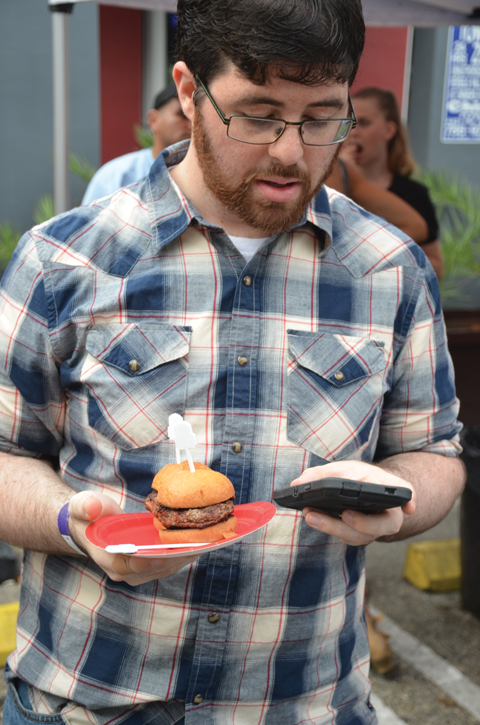 UM grad student Alex Lazar texting out to friends to come on down. 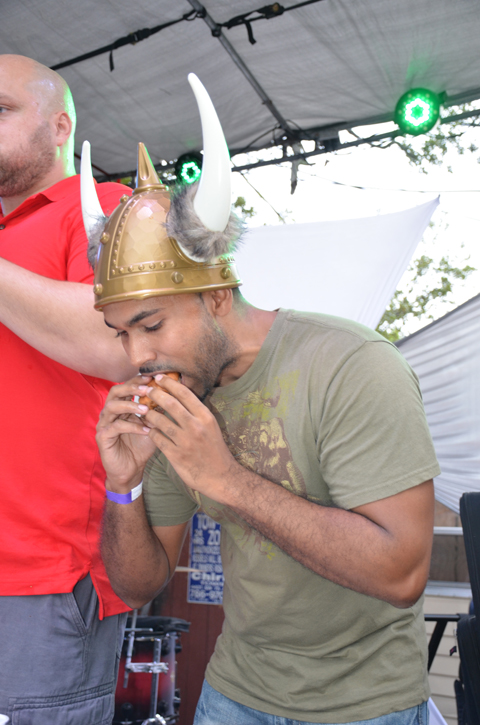 The Viking contestant Rafael Jadoo chomps down on his burger. 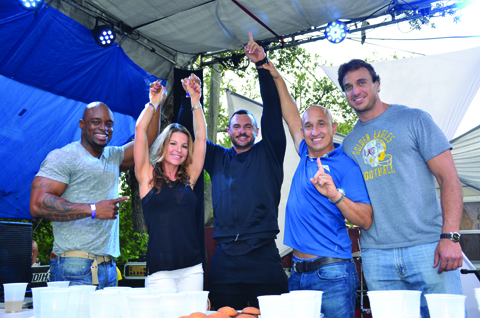 SOMI Fitness Willy and his wife congratulate the winner and posse. 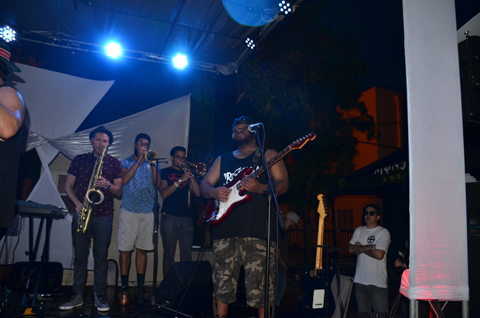 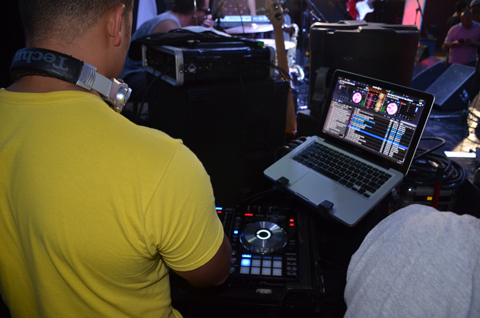 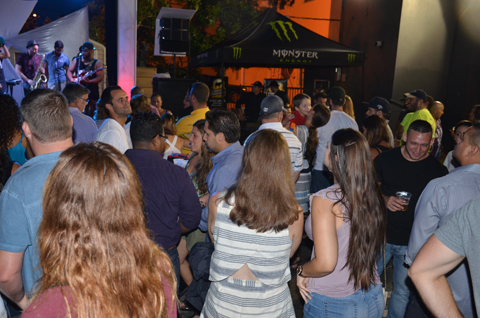 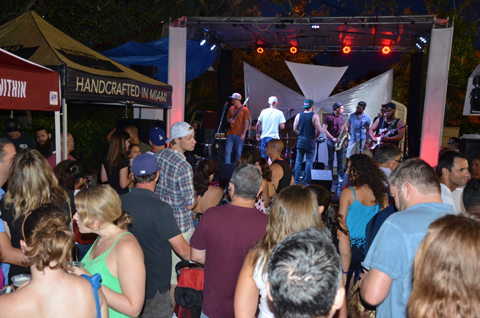 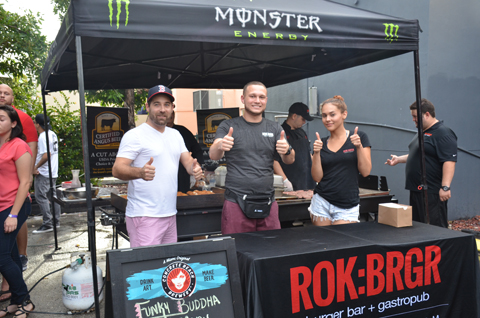 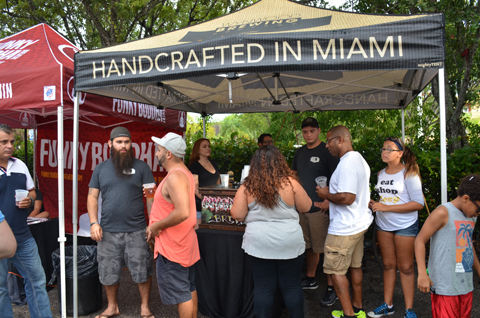 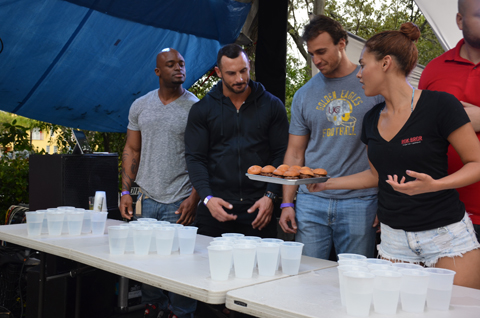 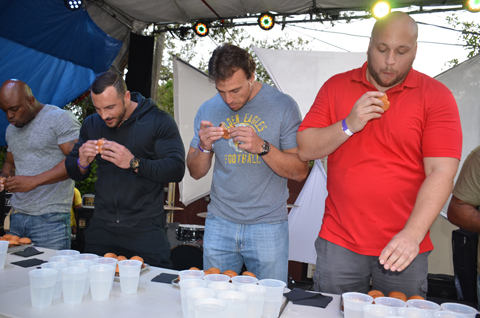 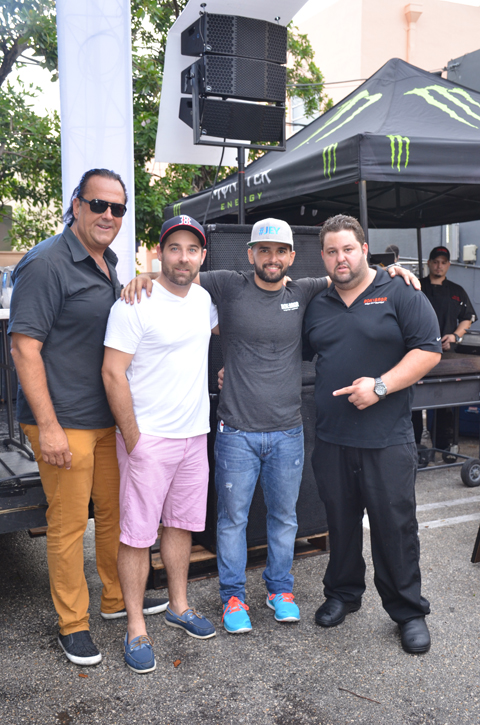 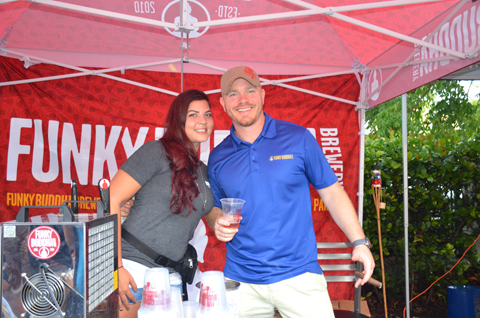 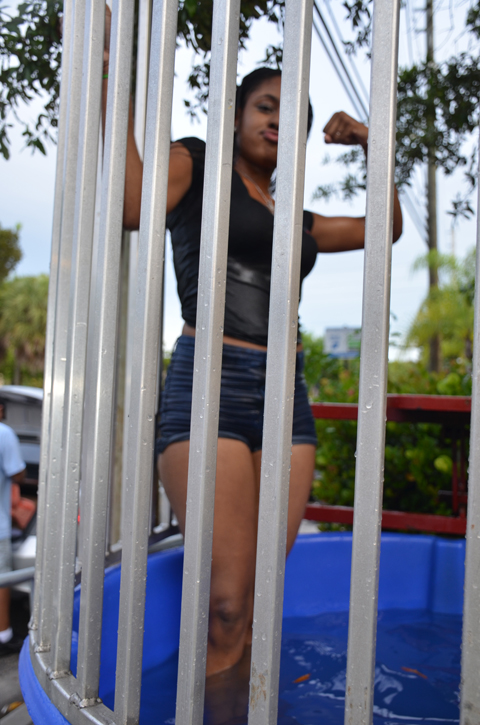 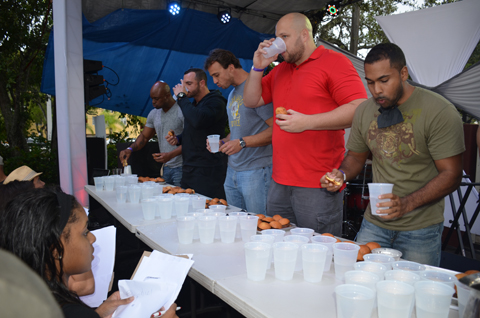 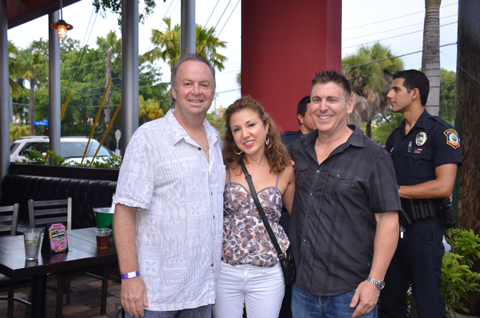 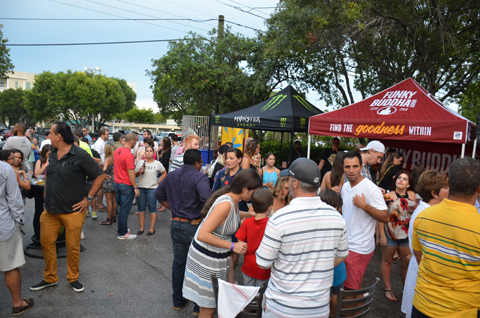