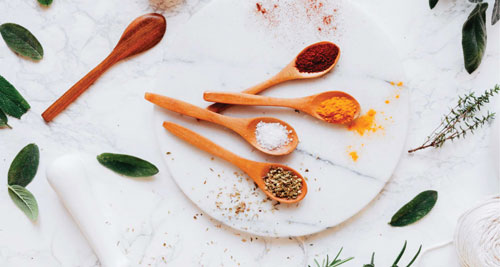 Celebrity chef Judson Todd Allen lost 160 pounds by cleaning up his diet and incorporating the healing superstars already found in most people’s pantries: spices and herbs. Here, in an excerpt from his new book, The Spice Diet, he shares his top 12 picks for weight loss.

In the continuing story of my battle with my weight, I zeroed in on spices and herbs to create layers of flavor in the food I cooked. The taste of my food was so satisfying, it helped me to conquer my cravings and forget about junk food, well, most of the time. When I saw how my approach to food had positive results for others, including Steve Harvey, I realized I had found a way to eat that hit the bliss point by indulging the taste buds with wholesome food prepared in a healthy way.

The list that follows provides you with a summary of 12 spices and how they can contribute to achieving your weight loss goals:

1. Black pepper:
The substance that gives pepper its flavor is called piperine. It has been shown to help the body burn more calories through the process of thermogenesis. Piperine can also help your body to absorb nutrients more efficiently. Even better, piperine is thought to interfere with the formation of new fat cells.

2. Cardamom:
Recent studies have shown that cardamom helps to lower blood sugar and regulate insulin. When blood sugar levels are steady, you won’t have the same level of hunger as you do when your blood sugar is low.

3. Cayenne pepper:
If you eat cayenne pepper three times a day, the active compound in the spice increases the rate at which you burn fat. The capsaicin compound in cayenne stimulates your brain to release endorphins, the brain’s feel-good chemicals.

4. Chili peppers:
Capsaicin is also what gives chili peppers their kick. The compound has been shown to increase thermogenesis, reduce belly fat, and suppress appetite. It also boosts the body’s ability to burn food as energy. One study showed that men who ate spicy appetizers ate 200 fewer calories at later meals than those who did not.

5. Cinnamon:
Cinnamon stabilizes blood sugar levels and improves insulin sensitivity. A powerful antioxidant and anti-inflammatory, cinnamon is one of the top fat-burning spices. Some studies have shown that cinnamon can reduce the accumulation of belly fat.

6. Cloves:
Cloves can contribute to your weight loss by boosting your metabolism so you burn more calories.

7. Coriander:
Coriander, which is used in many Indian spice mixes, has been shown in studies to increase metabolic function and increase weight loss.

8. Garlic:
Garlic appears to help your body metabolize carbohydrates and fats more efficiently. It contains phytochemicals that break down fat deposits. Some studies have shown that garlic may prevent the body from creating more fat.

9. Ginger:
Ginger is known to reduce appetite and cut cravings. Studies suggest that ginger may accelerate the rate at which the stomach empties. Ginger can boost your metabolism by about 20 percent for three hours.

10. Mustard:
This spice has a thermogenic effect, which causes your body to burn more calories as you digest food. If you want to intensify the effect, try seasoning your food with powdered mustard seed. One study showed that 1 teaspoon of spicy or whole-grain mustard increased metabolism by up to 25 percent for several hours after eating. Another study showed that eating  teaspoon of powdered mustard seeds a day burns an extra 45 calories an hour.

11. Parsley:
Parsley can reduce your levels of blood glucose, or blood sugar. Reducing blood sugar levels can help to control your appetite and make the processing of food into energy more efficient.

12. Turmeric:
This spice helps to reduce inflammation, which is one of the root causes of weight gain and obesity. It is also an antioxidant, which protects your body from damaging free radicals that cause an inflammatory response. Studies have shown turmeric to prevent the growth of fat tissue. 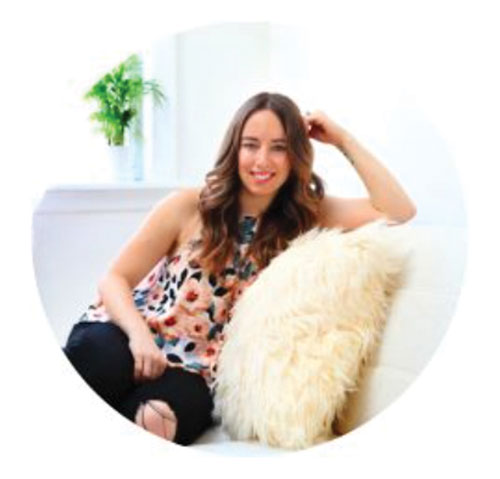 Liz Moody is the senior food editor at mindbodygreen. She’s contributed to Glamour, Women’s Health, Food & Wine, goop, and many other publications and is the woman behind the healthy food blog Sprouted Routes and Instagram account @sproutedroutes. Her first cookbook, Glow Pops: Super-Easy Superfood Recipes to Help You Look and Feel Your Best, was released by Clarkson Potter/Random House in April 2017. She’s a known green smoothie pusher and will rarely turn down a fresh-baked chocolate chip cookie.

Based on excerpts from The Spice Diet: Use Powerhouse Flavor to Fight Cravings and Win the Weight-Loss Battle by Judson Todd Allen, with the permission of Grand Central Life & Style. Copyright © 2018.