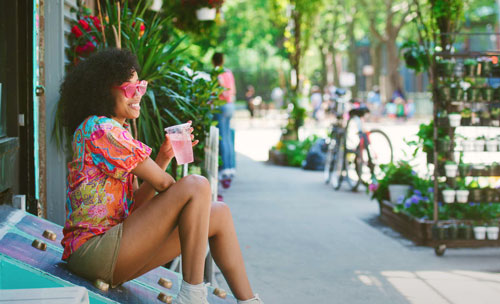 Here’s a fun party trick: Place a gin and tonic under a black light, and like magic you have a glowing beverage. Quinine, the compound that gives tonic its bitter flavor, contains phosphors that emit UV light that makes it glow blue. And interestingly, quinine is good for more than just creating a neon drink. It has been historically crucial for treating malaria, saving countless lives, and was available as an over-the-counter treatment for leg cramps. It has since been banned due to side effects, which even called into question the safety of quinine-containing products like tonic water. So if your go-to drink is a gin and tonic, you love sipping on tonic water with lime during the summer months, or you love bitters, here’s everything you need to know about this medicinal-compound-turned-beverage.

THE BASICS OF QUININE.
The history of quinine, and how it ended up as the bitter half of one of the most well-known cocktails, is an interesting one. Quinine is derived from the bark of the cinchona tree, native to South America. In the 17th century, it was discovered that cinchona bark could stem malaria symptoms and cure afflicted individuals. It was the first known remedy for the deadly disease. Powdered cinchona bark, and later the extracted compound quinine, quickly spread to Europe and became the prevailing treatment therapy for malaria, marking the first use of a chemical compound to fight an infectious disease.

Quinine has a distinct bitter flavor that many found almost unpalatable, making it hard to enforce patient treatment compliance. To dilute the flavor, water and sugar were added, and tonic water was born. The British Army stationed in India regularly rationed this antimalarial concoction throughout the 19th century in an attempt to treat and prevent malaria. Legend has it that British generals, eager to further improve the taste of the bitter beverage, began mixing their daily tonic water with gin, inventing the classic cocktail: gin and tonic. 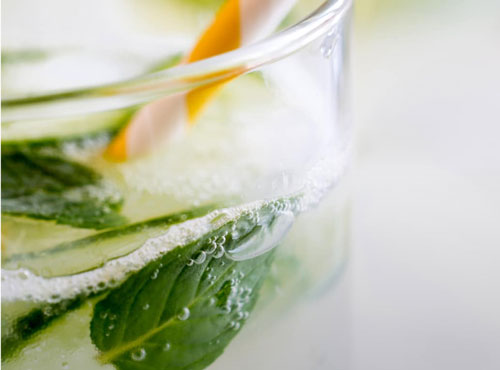 QUININE AND MALARIA TODAY.
Malaria is still a major public health concern today. The CDC reports that there were 216 million cases of malaria in 2016, with over 400,000 deaths. In the United States malaria is rare, affecting around 1,700 people per year, and is typically contracted during travel outside of the country. The disease, which is spread by mosquitoes, is particularly prevalent in tropical and subtropical climates, and children, pregnant women, and those with compromised immune systems are most at risk for contracting it. Malaria is caused by a parasite that infects the red blood cells, invoking fevers, chills, and flu-like symptoms and, if left untreated, can be deadly.

Although it was still not entirely understood how quinine combats malaria, it continued to be the primary medication for malaria until the mid-20th century—despite the fact that it’s not 100 percent effective, it was found to cause a combination of unpleasant side effects, coined cinchonism, which include nausea, vomiting, vertigo, headaches, and in more serious cases, deafness. Fortunately, scientific discoveries in the 20th century led to the development of safer and more effective drugs for malaria. However, quinine, in the form of tablets or injections, is still used as an alternative treatment, especially when combating antibiotic-resistant strains of malaria or when more expensive new treatments are not available.

QUININE FOR LEG CRAMPS.
In the early 20th century, quinine started being used for a new medicinal purpose: the treatment of leg and muscle cramps. Although some studies have found quinine may decrease the intensity and frequency of cramps, others concluded the benefit is minimal. Nevertheless, quinine tablets were available over the counter until 2006, when the FDA began restricting their availability due to the risk of serious side effects. The FDA reported that prolonged quinine exposure could lead to liver damage, low platelet levels, and internal bleeding. In one study it was found that quinine use for the treatment of leg cramps even increased the risk of death from all causes in patients. Quinine is still available by prescription, but there are many safer alternatives for the treatment of leg cramps, including magnesium, stretching, and vitamin E, that should be exhausted before turning to this risky medication. The only FDA-approved medicinal use of quinine is for the treatment of malaria. 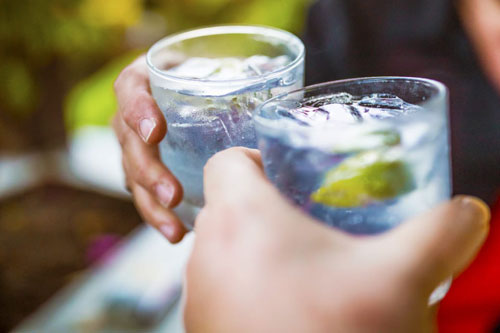 QUININE IN TONIC WATER.
If your go-to drink is a gin and tonic, you can take a deep breath since they’re likely completely safe. Per FDA ruling, tonic water can contain only 83 milligrams of quinine per liter. The typical medicinal dosage of quinine is around 500 milligrams, and in the case of malaria, it is taken multiple times a day. At that rate you would have to drink 6 liters of tonic water every few hours to reach therapeutic levels and risk side effects. Some people believe drinking tonic water will aid in the prevention of leg cramps and malaria, but due to the extremely low quinine content, it is unlikely to have any effect. The quinine in tonic water is used purely as a flavoring agent and is in such small amounts that it is considered safe for general consumption.

There is, however, a very small percentage of the population that is allergic to quinine. For them, a sip of tonic water can crash their platelet levels and cause kidney failure. If you have a quinine allergy, you must completely avoid tonic water and any quinine-containing beverages.

Some people also believe that tonic water may be dangerous to consume during pregnancy, due to the quinine. The FDA has categorized quinine in therapeutic doses as a Class C drug, meaning there is not enough research to deem it safe or unsafe. There have been some adverse events reported in pregnant women taking quinine for malaria. Large doses of quinine should be avoided during pregnancy, if possible. There is no scientific evidence that the extremely low concentration of quinine in tonic water is unsafe to consume during pregnancy, and the FDA does not prohibit its consumption.

So, whether you’re sipping a G&T or a refreshing tonic mocktail, you can rest easy knowing the tonic is safe to drink and raise a glass to the amazing history of tonic water.