You are at:Home»Topics»News»In The News»US1 BEAUTIFICATION – FDOT $625K SOMI INVESTMENT
By SOMI PUBLISHER on June 5, 2017 In The News, JUNE/JULY 2017, Topics, Volume XII 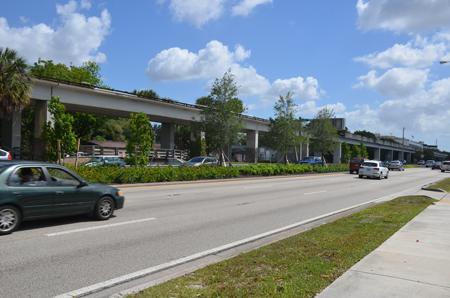 After four months of construction, in March, 2017 Florida Department of Transportation completed a $624,021 landscape project on US1 within the City of South Miami boundaries, that is, from 57 Avenue to 80 Street.

For many years, motorists coming through our community saw a barren and poorly landscaped US1 median, while Coral Gables to the north had their distinct Royal Palm landscaped median.  Addressing the issue wasn’t a priority for years until a new professional city administration took the deficiencies to heart and decided it was time to make a change. 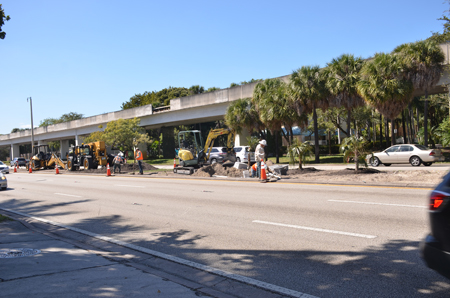 Looking south on US 1, Superior Landscaping working the job. February, 2017. 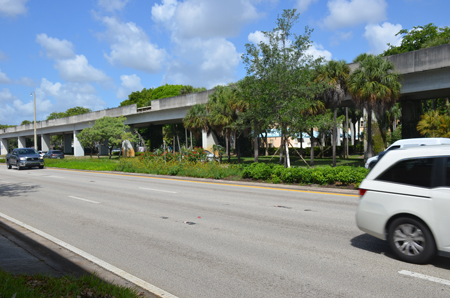 That was in 2014 when Ms. Shari Kamali joined the City Manager’s office.  A major concern of hers when assuming the role of Assistant City Manager (now Deputy City Manager) was the beautification of our town center’s retail and restaurant district.  Kamali had formerly served as Director of Public Services for the City of North Miami Beach and ten years prior as a professional engineer with FDOT.  The median as it was “didn’t reflect the high expectations we have expressing the quality of our community,” noted Ms. Kamali.In mid-2014, City Manager Steven Alexander approved the request to be made of FDOT for the landscape project.   Mutually agreed upon plans by the city and state were put into the work program.  The project was approved with a $500K construction estimate (excluding design) and entered into the work program, which are generally slated within the next five years.

However, having prior professional experience at FDOT, Ms. Kamali was in a position to expedite the process and further negotiate an irrigation system and a commitment to maintain the median for two years.  Of Kamali, the manager notes: “Once I gave her the approval, she was locked on the project with a laser focus and consequently we have a beautiful median at FDOT’s expense.” 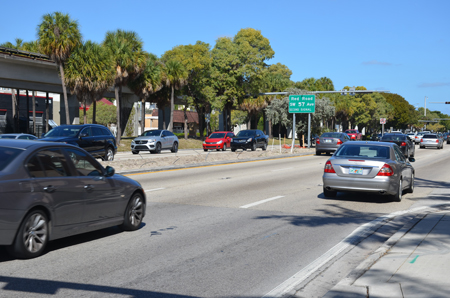 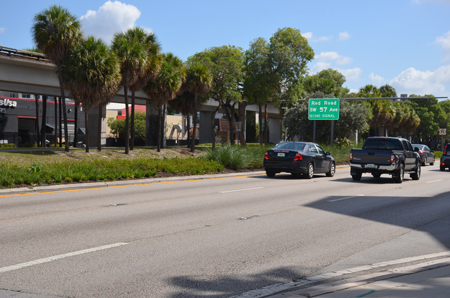 FDOT worked closely with the City staff and volunteer committees, the Urban Landscape Committee and the Green Task Force, to establish a unique look for the City that would set it apart from other communities.  Incorporated into landscape design are native plants such as: Perennial Peanut, Wild Coffee, Batik Croton, Silver Thatch Palm, Slash Pine, Live Oak, Silver Saw Palmetto.  South Miami Mayor Philip Stoddard expressed his appreciation with the citizen input, commenting: “In the end the medians are a palette of beautiful native plants. We have received nothing but compliments since the new plantings were installed.”  Alexander further notes that the South Miami work “is the envy of several surrounding municipalities which have contacted me to see how we did it.”

The Manager concluded to say that “Shari Kamali is an essential element of the success that we are currently experiencing at South Miami.  She always brings this type of creativity and determination to all of her charges.”