Patricia Timm, fashion designer, wholesaler and retailer, uprooted herself from Virginia Beach and moved to Miami eight months ago, opening her St. Tropez Boutique in South Miami in mid-October.

Raised in Colombia, Patricia is no stranger to Miami.  In the late 1980s, at 18 years of age, she started in the business of designing and making clothes, selling dresses and bathing suits on Miami Beach.  Patricia was a “fit model” in Miami.

She started out with a small collection, doing trade shows in New York and selling to boutiques here in Miami and New York.  She and her late husband, Jerry, a Ford Model, made Virginia Beach their home, commuting to New York where she sold wholesale.

In Virginia, Patricia had two St. Tropez boutiques:  one in Virginia Beach at 3500 sq ft and the other in Richmond, with 2700 sq ft.  Virginia Beach provided a beach resort environment where her St. Tropez store and her label captured the essence of the scene.  She catered as well to bridal parties, proms and other special event needs.

However, Virginia Beach is a “quiet town” and Patricia was into the Miami vibe.  After settling her two children in school at the University of Alabama, she was ready to make a bold move.

Being familiar with the area, she chose the neighborhood feel of South Miami to launch her St. Tropez here.  Patricia likes the “small town feel where people know each other.”

Of her collection, she describes her clothes as “classic, feminine and sexy – clothes that don’t go out of style.”  The fabrics she uses have a soft feel and comfortable to wear.  Women can dress up or down.  The collection includes formal, work clothes and lounge wear.  Pieces can mix and match, and prices that “won’t break the bank,” with price points from $70 to $300.

In addition to her clothes, St. Tropez offers a wonderful assortment of gifts, ideal as hostess gifts which are thoughtful and practical.  Gift wrapping is included, so it’s great to pick up something on your way to an event.

With running a retail store and managing the manufacturing with pattern-makers, cutters and sewers, Patricia keeps very busy. “I like it that way.  If you love what you do, it doesn’t feel like ‘work’.”

In mid-November Armindo Teixeira opened his portuguese restaurante here on Sunset Drive on the east side of Red Road.  A chef in Portugal, Armindo left Porto sixteen years ago in search of a culinary job here in Miami.  And it is here that he has established himself as a chef and restaurateur.  For eight years he was chef at Jardim de Portugal and then four years as owner. He now proudly has his name out front.

Portuguese cuisine is famous for seafood.  The influence of Portugal’s former colonial possessions is also notable, especially in the wide variety of spices used. These spices include piri piri (small, fiery chili peppers) and black pepper, as well as cinnamon, vanilla and saffron. Olive oil is one of the bases of Portuguese cuisine, which is used both for cooking and flavoring meals. Garlic is widely used, as are herbs, such as coriander and parsley.

Chef with his daughter Lidia, and service staff member of many years, Humberto.

In honor of the late John Kristoffer “Hans” Huseby of FootWorks, a tireless leader who championed great community events and causes, the South Miami City Commission named 57th Court “Hans Huseby Run.” Over many years 57th Court has been a focal point of the annual Twilight 5K.

After twenty-three years in advertising sales, Wendy Valdes made the career jump and opened her blowdry boutique salon in the new sleek SOMI Center building at 5966 South Dixie Highway.

Actually, her new BLO ME AWAY boutique is the first tenant in the building.  She held her Grand Opening reception on Thursday, November 12, and opened business the next day.  First-time customers may find it confusing to find, with an address on US1, and the salon entrance around the corner at 74 Street & 59 Place.  But you’ll know exactly the next time, the next time, and the next time….

“Love is in the Hair” at BLO ME AWAY.  The boutique has ten stations, uses A+ salon product and offers scalp massage, extensions (100% Remy Hair) and make-up.  The average visit is “in and out in less than one hour, and this will make your day!” reports Wendy.  She and her staff cater to the client in a warm, relaxed and professional atmosphere. “This is your time…”

A prominent and popular gathering place for community leaders and elected officials, a new identity was christened in mid-November as Casa Cuba opened in SOMI.  Since January 2015 when Casa Larios was closed, the restaurant has undergone interior renovations as the new owners, the Vals family of Versailles and La Carreta restaurants wrestled with financial and legal matters over several months. 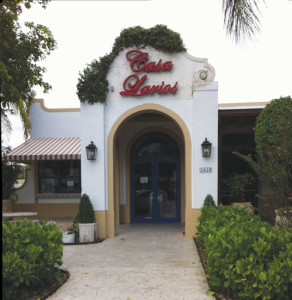 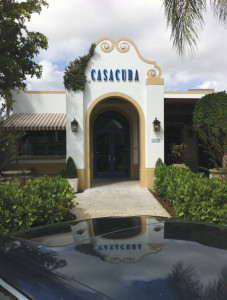 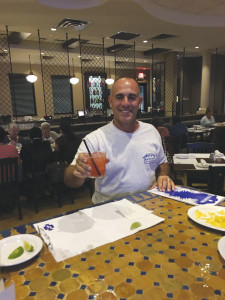 A hub in the life of the community, the brand evolved as Casa Cuba opened for business in mid-November.  Local businessman Alex Novo christens the bar with his first Bacardi & Coke (and more than certain, not his last!)

Voted by Miami New Times as the Best Tennis Shop (2007), Strictly Tennis ha new ownership, however a familiar face, as Robert Weed acquired the over forty year old business from Steve Tandlich with whom he worked for the past thirty years.  Robert builds on the tradition of outstanding customer service and industry knowledge, as he remodels and revamps the store. 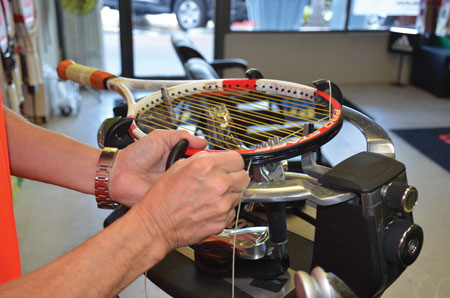 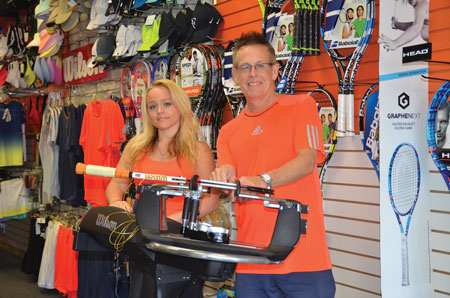 New technology is in place with the Wilson Baiardo stringing machine from the US Open. Robert’s daughter Lauren is pictured with her dad.  Growing up in the store, she is no stranger to the world of tennis and working in the store.

Pizzeria Blu has been a traditional favorite in South Miami since it was first opened by Trattoria Sole’s Maurico Farinelli some fifteen years ago.  Two of the long-time employees, Felipe Torres and Brisa Torres (no relation), recently acquired the lease and have reopened under its original name.  In addition to their great pizza, they serve pastas, burgers, fish and chicken dishes.  Pizzeria Blu is open seven days for lunch and dinner. 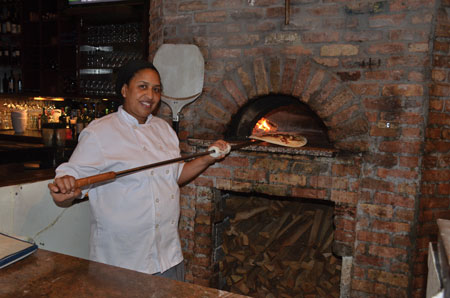 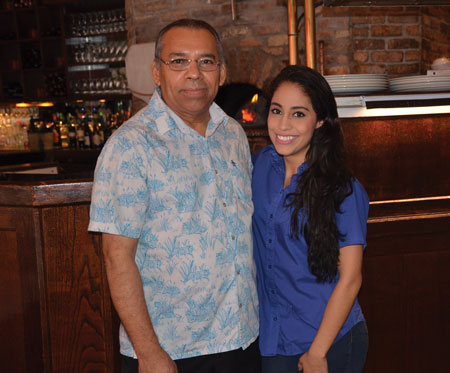